On the Centennial of Florestan Fernandes, the MST celebrates 15th Anniversary of the National School

According to Florestan Fernandes there is only one force capable of transforming Brazilian Society, “a political movement of the working classes.”

This past Wednesday July 22nd, 2020 was the centennial of the birth of that intellectual and one of the great thinkers and thought leaders of the Brazilian people.  On the next day, July 23rd, 2020 the Landless Workers Movement, the MST, celebrated the 15th anniversary of the founding of the national school that is named after this great thinker. 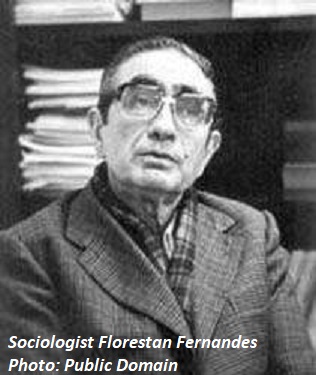 Trained in the Social Sciences, Florestan was a full professor of Sociology at the University of Sao Paulo (USP). While he lived in exile during the Brazilian military dictatorship, he lectured at the Universities of Yale, Columbia, and Toronto in the United States and Canada.  After he returned to Brazil, in 1986 he was elected to be a constituent delegate to the National Constituent Assembly on behalf of the Worker’s Party. He was re-elected to the House of Representatives in 1990 where he served until his death in 1995.

As a thought leader for the working classes he developed a vision of Brazil, and Brazilian society, that is fundamental to understanding the current context and the deepening of social inequalities. And this is because Florestan came from the working class, making his own life a part of his legacy. The son of a Portuguese immigrant who worked as a domestic worker, he began to work when he was 6 years old as a shoeshine boy and then held various other jobs to help support his family.

Who was Florestan Fernandes: Read about his life and work HERE.

A member of the training sector of the MST who is a professor of the Federal University of Espiritu Santo (UFES) from the San Mateus Campus and who is collaborator of the Florestan Fernandes National School (ENFF), Adelar Pizetta explained that  for Florestan there could be only one force capable of transforming Brazilian society, “a political movement  of the working classes.” 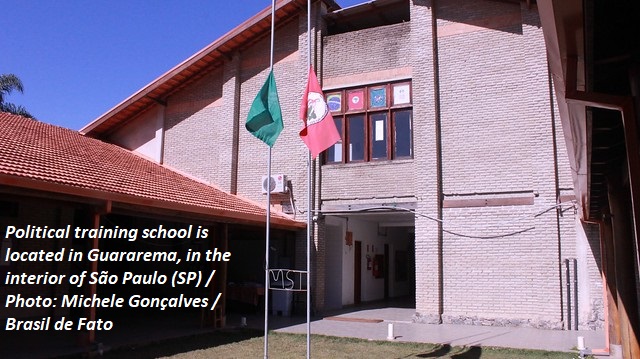 The inspiration of the legacy of Florestan resulted in volunteer and self- organized work by more than a thousand landless workers of the MST, with support from other social movements and an international fundraising campaign that benefited from the participation of the musician Chico Buarque, the writer Jose Saramago, and the photographer Sebastião Salgado.  Thus 15 years ago the MST’s Florestan Fernandes National School (ENFF) was inaugurated.

WATCH A VIDEO ABOUT THE CONSTRUCTION OF ENFF HERE.

According the Florestan Fernandes, study should always be linked to some form of political action to transform reality and create a more democratic society. And according to the Political and Pedagogical Coordinating Team (CPP) of the school, since its founding the ENFF has been a key space for political, ideological, and technical training for the Brazilian working class, understanding the transformative power of education.

“The ENFF seeks to expand working class peoples’ access to study and to knowledge from which they have been historically excluded. And to connect this knowledge and information to building a Project for the future of the country; a concept of social transformation that favors the excluded.”  the team affirms.

According to the Coordinator of the Training and Education Sector of the MST, Geraldo Gasparin, in honor of Florestan Fernandes the National School seeks to recover the political-theoretical legacy of the great thinker about real conditions and to project a perspective looking forward of a possible Brazilian revolution.

“The school has also set for itself a challenge for the next 15 years to train and educate political cadre with the same type of commitment that Florestan Fernandes had to study the Brazilian reality and to propose changes and a socialist project for society,” explained Gasparin.

Because he was profoundly aware of, and knowledgeable about, the harshness and dynamics of exploitation of the working classes at the hands of the elites, Florestan formulated various theoretical-historical contributions for the working classes. Those include some that are current up to today that help us understand the logic of capitalist development, the characteristics of the national bourgeoisie, and historical perspectives on the working class struggle, to help us to create instruments that will make structural transformations of our society possible.

“For Florestan, the reformist struggles to achieve short term gains in specific conditions are important and necessary but not sufficient. It is necessary to know which are the forces that are alive and have the potential to carry forward organizing processes of autonomous struggle that point  toward the pathways to human emancipation and thus toward a Brazilian revolution,”  Pizetta states.

However, the strategies that guide the struggles depend on the historical period in which the working classes need to create autonomous and independent mechanisms for the accumulation of forces, formation of critical conscience, investigation of reality and elaboration of actions, a horizon in which the ENFF has sought to contribute over the last 15 years.

An International Point of Reference

The ENFF was founded by the MST on January 23, 2005, located in Guararema, in the interior of São Paulo. 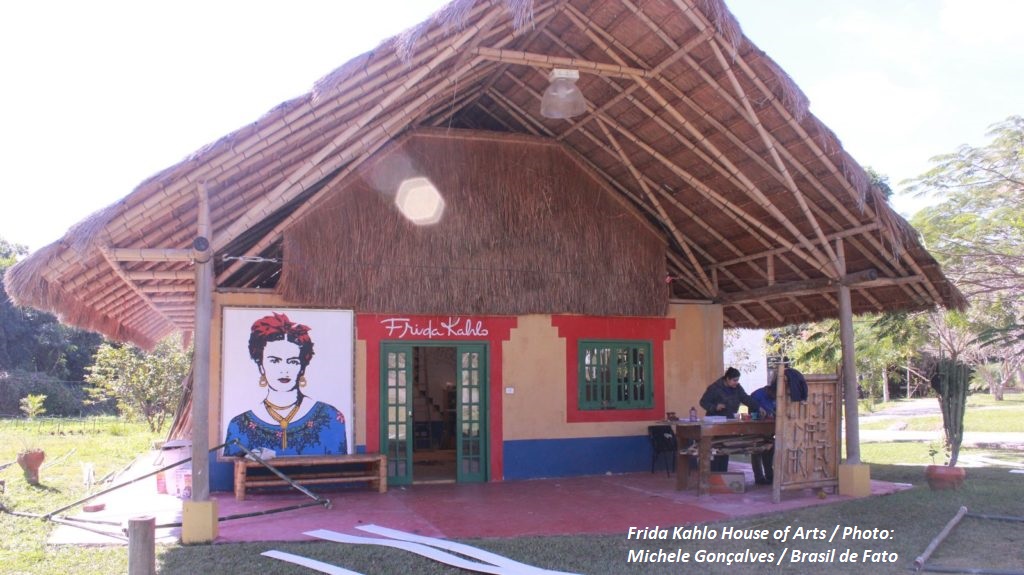 After 15 years, the school has become a reference point for the international working class, as  activists and leaders of various popular organizations from various countries have passed through the school that has been home to alternating courses that take place for up to three months and some others that are shorter.

The school has classroom and training spaces that are managed by volunteer educators and intellectuals from public universities, professionals who are partners and representatives of popular movements, organizations, and parties.    The ENFF has offered training on topics such as agrarian issues, Brazilian reality, class struggle, Marxism, and feminism, among others.

Inspired by Florestan and Paulo Freire, the ENFF practices the collective pedagogy of thinking as well as doing the everyday work on several fronts. This educational practice permeates the process of seeking and producing knowledge, maintaining collective spaces, mystique, and food production. Thus, the collective work method is developed, the Sem Terra pedagogy based on the reality of the countryside and popular knowledge, dialogue, and the exchange of experiences. 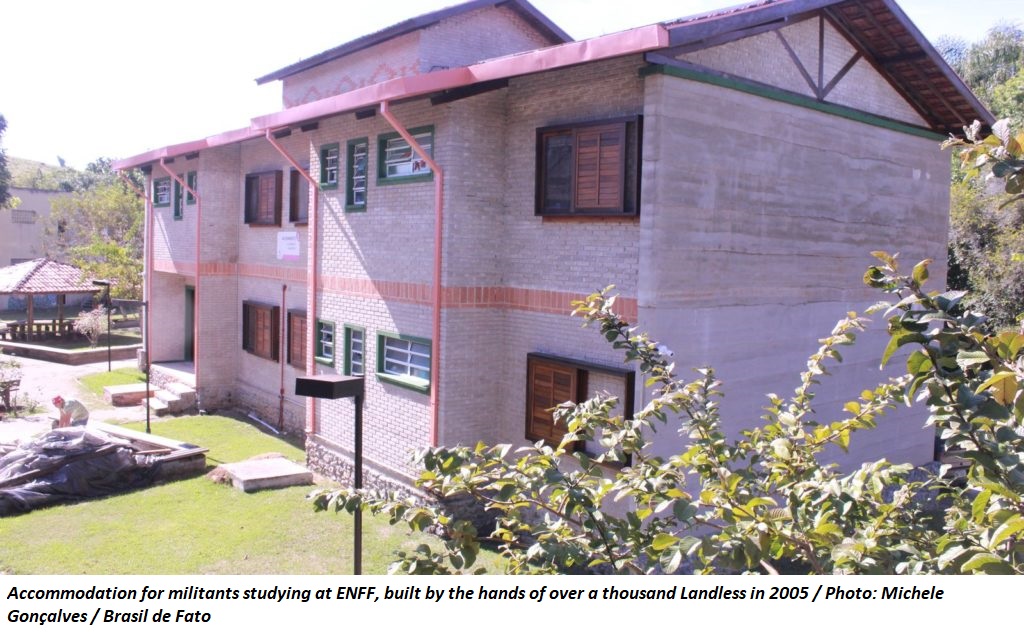 According to the ENFF CPP team, in this way, the school's pedagogical practice goes beyond the simple appropriation of theory and concentrates efforts on the application of the historical and dialectical material analysis method, based on the analysis of reality.

“The center of this dialectical effort is aimed at the appropriation of knowledge of history, of the social formation of our country and its social chasms, which only through structural changes, made by the self-organized workers, under the unity of the disinherited of the land and the city, and the struggle of those below can guarantee dignity to the Brazilian people ”, states the CPP of ENFF.

It shows, therefore, how ENFF seeks to keep Florestan Fernandes' memory and work alive from its practices of formative, educational spaces, and the organization of experiences in its collective spaces.

Member of the MST training sector and professor at UFES, Pizetta points out that among Florestan's various struggles in Brazilian society, one of the main ones was for the right of the working class to access public and quality education. “An education that by creating critical awareness could put workers in an offensive position in class struggles. It was not just any school, nor any education, but one that helped “those below” to enter the arena and political disputes making history”, he argues.

Originally from the MST in the state of Goiás, the activist Ana Lúcia Duarte is now part of the operational coordination of the school and reports that the formative process she experiences in the daily life of the ENFF has been fundamental for her training in daily activities and in political training. 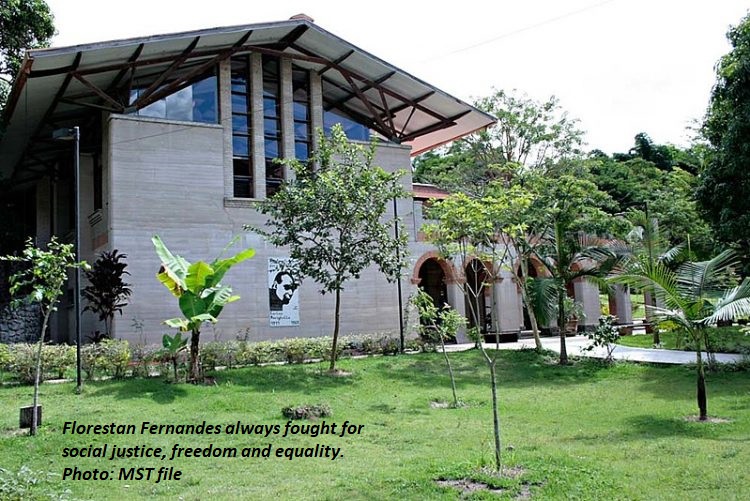 “All the time here is formative and encompasses various dimensions of human life, from studying, experiencing “mistica”, values, gender issues. It allows me to have a wider scope of the world, of political conception, practice in living the socialist and humanist values and in collective work”, Ana points out.

In the film “Escola Nacional Florestan Fernandes in the battle of ideas”, we have a presentation of the main concepts in the field of political formation that the ENFF developed in its first 10 years of activities, the challenges for the continuity of the training process and its meaning for the class struggle.

The activist has been working in the MST for 18 years, when she entered the Chê Guevara camp, near the city of Crixás, in Goiás. In early 2017, Ana moved to the ENFF and currently is part of the school's operational coordination and the Apolônio de Carvalho Brigade, which brings together the workers responsible for running the school.

In Ana Lúcia's view, the ENFF plays an important role by being a pillar in the ideological political formation of activists, leaders and cadres of popular organizations, working class movements in Brazil, Latin America and the world. “The training process is linked to the popular project of social transformation, which is built from the experiences of social organizations and concrete actions, enabling the (collective) subject to intervene in their own reality and transform it”, she defends.

What are the teachings of Florestan Fernandes on the challenges of the working classes in the Coronavirus pandemic?

In the current context of a pandemic in Brazil, Gasparin and Pizetta agree in pointing out that one of the main contributions of Florestan's work brings precisely the need for class unity and solidarity between the working classes, in the countryside and in the city, to face Brazilian mismanagement and the ruling class, which has taken advantage of the health crisis to increase exploitation and worsen the lives of the poorest.

“In history, the ruling class has never been concerned with the dilemmas, the problems, the life of the people. Only the working class can take care of itself and protect itself by challenging the interests of capital. This also means waging a daily and collective struggle to apply pressure and demand policies from the government to fight and combat the coronavirus”, analyzes Pizetta.

In this scenario, the ENFF continues to be of fundamental importance in the development of training and educational processes focused on the current reality, combining the theory and practice of the daily struggle of MST workers and the Brazilian working class, for critical political and technical training, cultural growth, and popular awareness.

“The physical, pedagogical space and the training program of ENFF fulfills this role today, of being a diffuser, a space for the production of knowledge, but above all for political and ideological training, which instrumentalizes the working class in the construction of a socialist society ”, concludes Gasparin, the MST training sector coordinator.

By organizing the political-ideological training of activists and leaders of movements, organizations, and popular parties of the Brazilian working classes, in the view of the ENFF CPP team, the school makes Florestan's dream of access to knowledge and  a quality and democratic education viable for men and women workers, and cultivates the prospect of structural changes in society. “The school materializes itself as a possible space to cultivate revolutionary praxis and to experience socialist principles and values”, teaches the CPP team.