Documents distributed to INCRA's managers provide for the interruption in the purchase and demarcation of land for the creation of [agrarian reform] settlements. The agency says measure is temporary, but does not say how long it will last.

Agrarian reform lasted less than three days under President Jair Bolsonaro's government and has no date to be restarted. The regional managers of the National Institute of Colonization and Agrarian Reform (INCRA) received last Thursday (January 3) a memoranda declaring the interruption of all processes for purchase and expropriation of land. According to INCRA, 250 lawsuits [for land acquisition for agrarian reform] in progress are suspended.

Social movements, career servants from INCRA and specialists in the land issue evaluate that the suspension is the first step of the Bolsonaro government to extinguish agrarian reform. Of the four INCRA officials heard by Repórter Brasil, who asked not to be identified for fear of retaliation, two believe the measure reveals the new government's intention to end agrarian reform. There is also among those who evaluate that the suspension is a way for the government to save time until measures that favor agribusiness are issued. 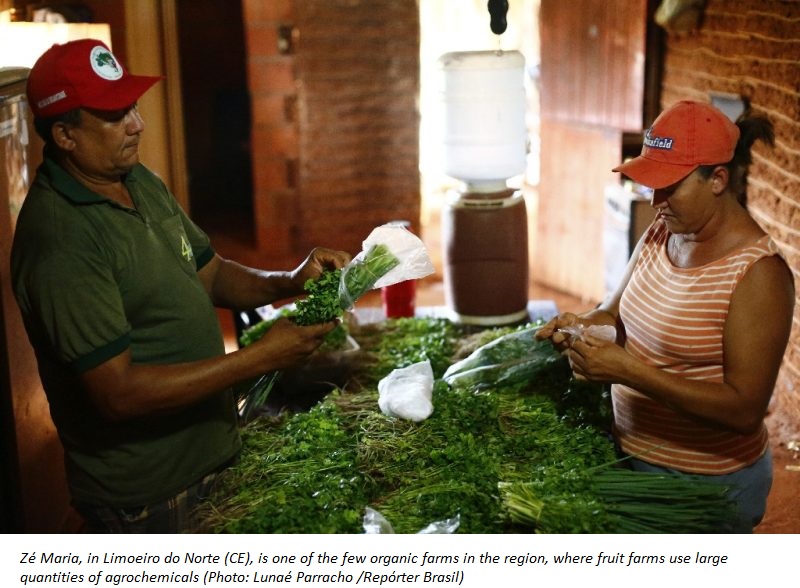 INCRA has stated that the interruption is temporary, but did not detail the duration of the measure. "As it appears in the body of the document itself, the processes were stopped until the new INCRA structure is defined," says a note sent to Repórter Brasil. When it was questioned about the criteria adopted for the suspension of the land acquisition for agrarian reform, the institute said that "it is not necessary to speak in technical criteria, but in administrative measures that aim the operation of INCRA's duties."

For the Landless Workers Movement (MST), the measure could deepen violence in the countryside. "If this happens [the extinction of the agrarian reform], there will be more clashes in the countryside," says a national leader of the MST, Alexandre Conceição. "The landowners won with Bolsonaro and what they want is more concentration of land in the hands of few people," he says.

A second memorandum, also sent on January 3, provides that the regional manage will provide, by next Wednesday (January 9), the list of all properties that can be used for agrarian reform. The document justifies that the changes are due to the change in the structure of INCRA, which in the Bolsonaro government is no longer connected to the Civil House [essentially, the presidential chief of staff] and passes to the Ministry of Agriculture. "The transition team of the new structure needs to know the existing demand for obtaining rural properties to be incorporated into the National Agrarian Reform Program," says the document.

A third memorandum reinforces the request to suspend the processes of purchase and expropriation of lands, except those that are in the process in the Justice, and details that the determination also applies to the areas of the Amazônia Legal, that includes the nine states in the river basin of the Amazon River.

Two memoranda were signed by the former INCRA director, Clovis Figueiredo Cardoso, linked to the PMDB [Brazilian Democratic Movement Party, a center right party] of Mato Grosso and indicated in the administration of former president Michel Temer. Clóvis was exonerated after the documents were released.

The third document was signed by Cletho Muniz de Brito, planning director of the agency's land structure. Brito was a state deputy in Rondônia, where he adopted the political name of "Brito do INCRA". 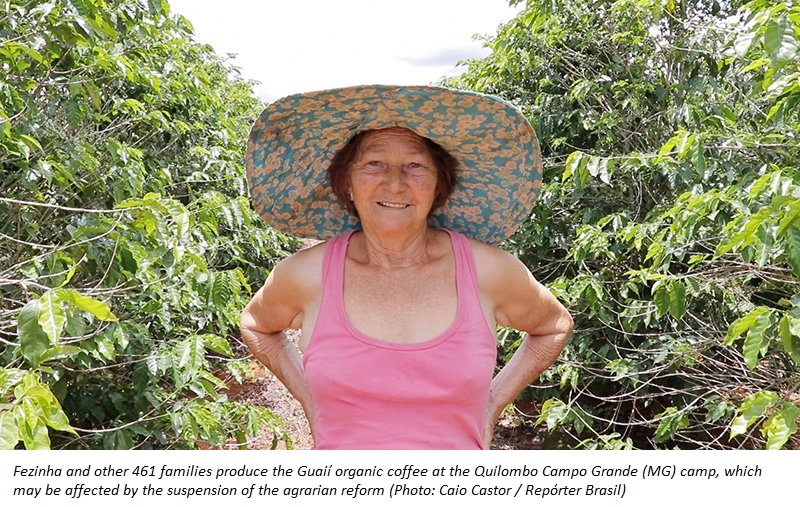 Agrarian reform has been losing ground in the federal government budget since 2015. In that year, Congress approved spending of R$ 2.5 billion [approximately US$ 675 million] for Agrarian Reform and Land Governance program. By 2019, the Annual Budget Law brings the spending forecast to R $ 762 million - a 70% cut in four years. This policy includes not only the acquisition of land for the settlement of the families but also the management of the rural cadaster [land registry], regularization of the land structure, development of settlements and social assistance projects, education and pacification in the countryside. 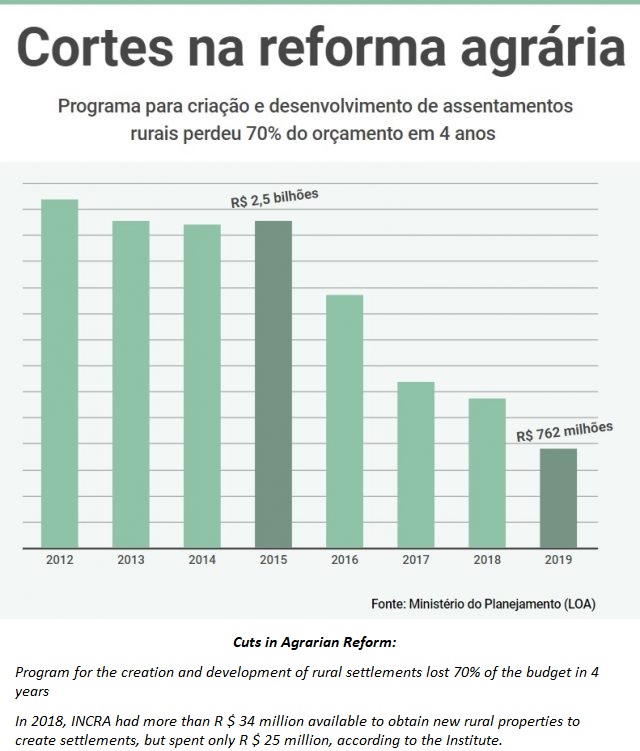 The head of the agrarian reform program in the Bolsonaro government is the president of the Rural Democratic Union (UDR), Luiz Antônio Nabhan Garcia, named special secretary of the Land Regulation of the Ministry of Agriculture. Garcia was the protagonist in the clash with the MST during the 1990s in land disputes at Pontal do Paranapanema in São Paulo. At the time, he was accused by a farmer of organizing private militias in the region and was even summoned to provide clarifications to the Joint Parliamentary Commission of Inquiry of Land. 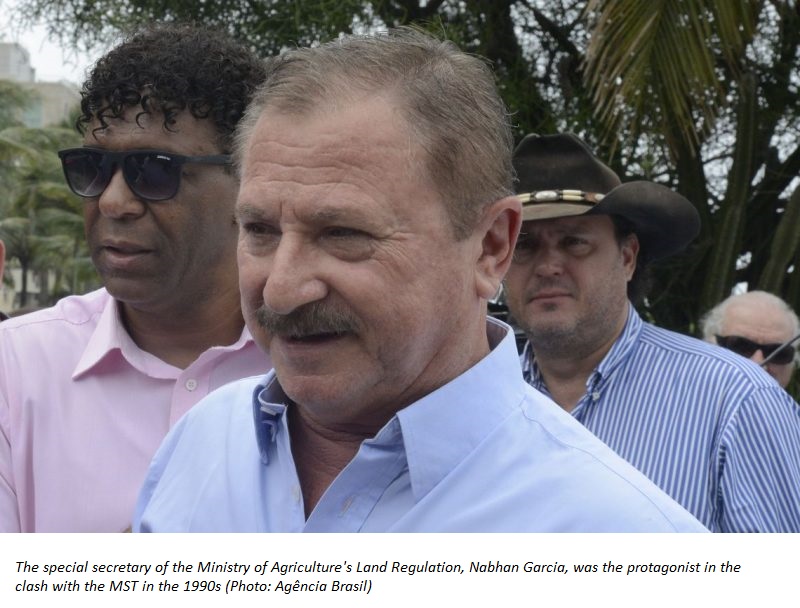 "They put the big fox in the chicken coop," says Marco Mitidiero, a professor at the Federal University of Paraíba, referring to Garcia. The professor researches the Brazilian land issue and, in his analysis, the suspension of agrarian reform is part of the Bolsonaro government's plan to block land expropriation. Mitidiero understands that urban and rural social movements are connected and that the INCRA measure will generate a new wave of land occupations.

"We do not want violence. We want agrarian reform, "emphasizes Conceição, of the MST. He points out that the priority of the MST is to take care of the safety of families, but that increased land concentration inevitably leads to more occupations.

The MST leader believes that the nature of the Bolsonaro administration is to provoke the conflict, but that the movement will seek agrarian reform in state governments, the judiciary and in spheres where there is dialogue. "Agrarian reform solves two problems. It gives housing and food for the workers," he says. 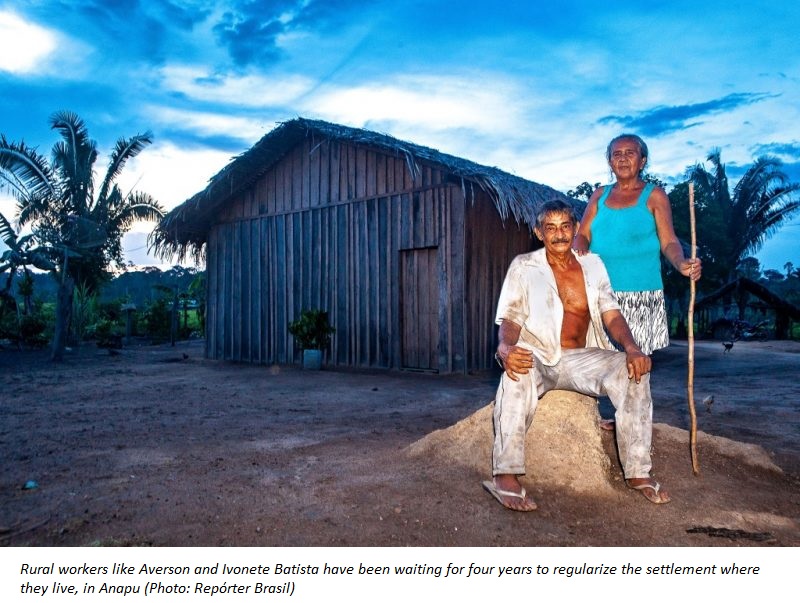 Violence in the countryside exploded in 2017. According to a report by the Pastoral Land Commission (CPT), there were 1,431 conflicts in the countryside with 71 deaths. It is the highest number of murders since 2003, when 73 died of rural conflicts. The 2018 numbers have not yet been released by the CPT.

According to Jeane Bellini, CPT coordinator, the advances of ruralists [agribusiness and large land owners] in institutional politics have an immediate impact on violence in the countryside. "Every time the rural caucus [in Congress] grows in influence, the grileiros [those who engage in land theft through false titles and subterfuge] advance," he says. Bellini quotes Anapu, in Pará, where the missionary Dorothy Stang was murdered in 2005. There, in the last three years, 16 rural workers were murdered in land conflicts.

The measure of the new government affects encampments {MST land occupations] in practically every state in the country. Among the rural workers who may be forced to postpone the dream to the land are the 350 families who live in the settlement project known as Mata Preta in Anapu. The site has two schools and 150 students. Families live from planting diverse crops and extracting forest resources. In the area they occupy, they preserve 80% of the native vegetation.