During the General Strike, the MST occupies three latifundia in Bahia 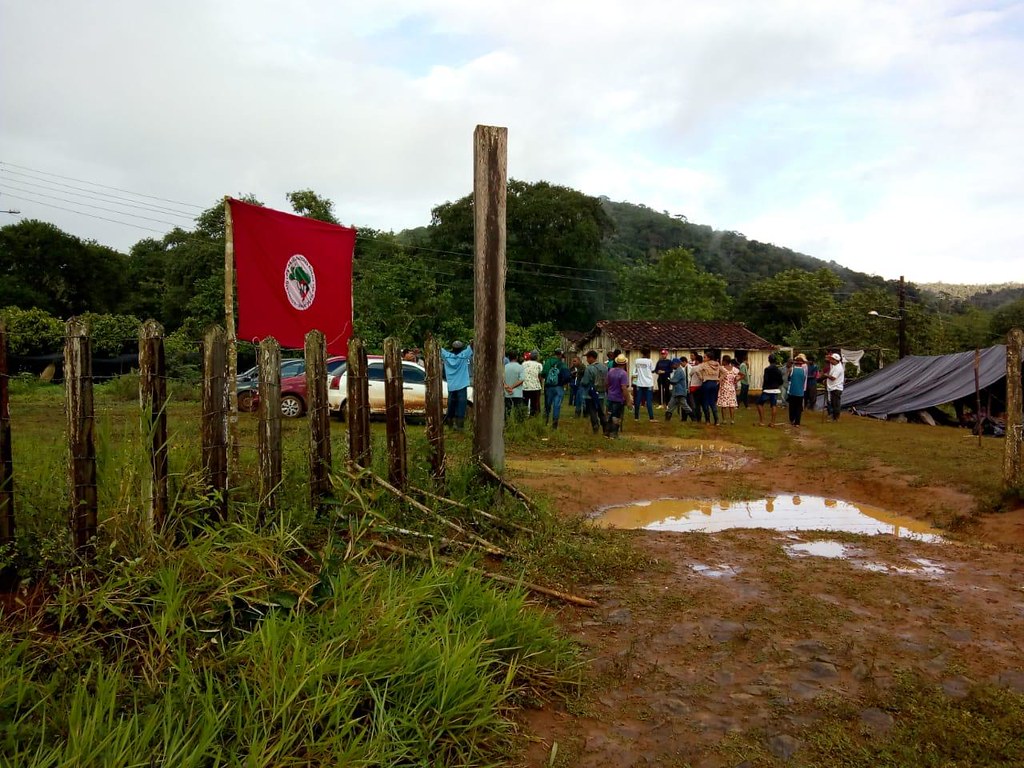 In the morning of Friday June 14, MST members carried out three occupations in the State of Bahia. The activities were carried out by 480 families from the regions of Chapada Diamantina and the Baixo Sul of Bahia's State.

"We occupy the latifundia to expose the concentration of land in the hands of a few which contributes to the social inequality in the country. To occupy is a right, this is how we demand that the Brazilian State implement Agrarian Reform", said Lucineia Duraes, representing the MST National leadership, who points to Agrarian Reform as the solution for the growing social inequality in the country.

São Cosme Farm, located in Orojó, Camamu district, in Baixo Sul of Bahia was the first latifundia occupied. The abandoned area has a size of 160 hectares (395 acres) and was occupied by 150 families who now plan for the production of healthy foods, thus making the land fulfill its desired social role.

Meanwhile in the city of Boa Vista of Tupim, in Chapada de Diamantina, around 160 families who had been evicted after 8 years of negotiation, retook Camp Mãe Terra,.

According to Jeanderson Souza, political spokesperson for MST Baixo Sul da Bahia, "the current state of regression for the working class makes the fight for sovereignty more than necessary in the Nation". According to him: "One of the main MST programs continues to be the distribution of land as reparation for the families that have the fields as their only means of survival".

Currently the State of Bahia has the second highest rate of unemployment in the country. 18.3% of the population of Bahia do not have a formal job that guarantees the family's livelihood. This causes the poverty rate to increase dramatically in every state. That's why ensuring the population a piece of land to produce food and feed themselves becomes essential, This way we secure the right for basic necessities now denied by the State, such as food, education, health, security and culture.

There is no other way than occupying unproductive latifundia. From now on, hundreds of people from the county of Camamu, as well as other Bahian Counties, will stop having to choose between paying rent and buying what to eat", concluded Souza.

Besides the occupations, the MST carried out 18 highway blockades, which, working alongside Frente Brasil Popular, mobilized more than 13 thousand people across the State.