Regarding the Dilma government, Stedile said that Land Reform is stopped because the government, due to its heterogeneous composition of forces, is not able to make changes that alter the social structure of the country, and that, despite being a better government for the lower classes than a neoliberal government, it still does not represent the interests of the working class, nor the majority of Brazilian society. 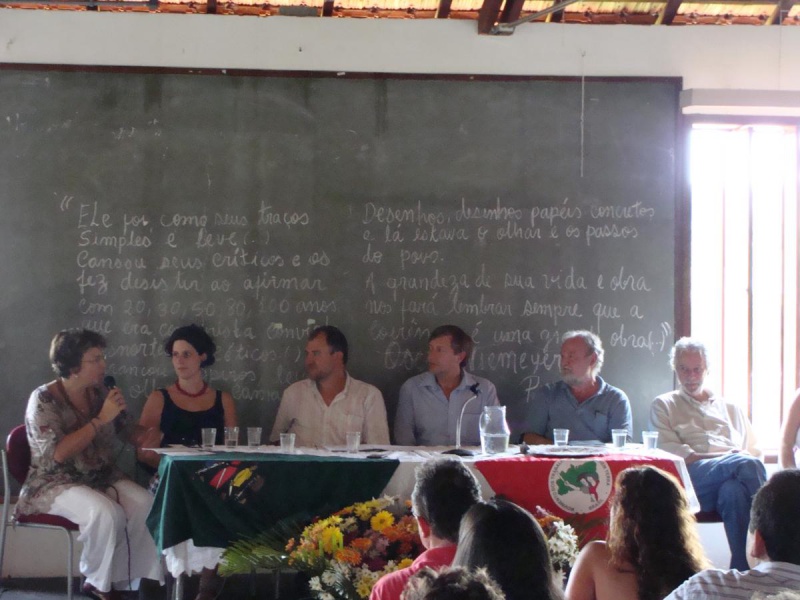 areas that would mean significant structural changes, in which one class will lose to the other, the government does not interfere. Just see the Forest Code, worsened to preserve the interests of landowners. Agrarian Reform, as a measure altering structures, is left off the agenda for that reason. "

Regarding the working class and social movements, Stedile pointed out that since the 1990’s we have experienced a long period of the ebb of mass movements. And in the ebb, the working class cannot accumulate forces to take the initiative and face their main enemy, the capitalists. During this period, we must explore and expose the contradictions of capital to society.

"Although we live in a historical period adverse to workers, the contradictions of capitalism are worsening every day, whether in urban areas or the countryside. The capitalist mode of production benefits only a minority, and in the case of the countryside, this minority is concerned only with profit, destroying the environment even more. Society is realizing that agribusiness is perverse and taking a toll on the population. "

The biggest contradiction of agribusiness, according to the leader, is the overuse of agro-toxins (pesticides, chemical fertilizers etc.). Therefore, the importance of the Permanent Campaign Against Pesticides and for Life assumes a great importance.

"The campaign against the agro-toxin, which the MST and Via Campesina is a  part, denounces the fact that large producers cannot produce food without using poison because the agro-toxin is a form of substitution for peasant labor and the end of biodiversity. It is obvious that such methods will cause environmental instability, and we have to denounce this situation to raise awareness and get support from society," he warns.

Finally, Stedile points out that the situation of the landless, which is being increasingly ignored by the government, is unsustainable. "We have 87,000 families in encampments, that President Dilma and the government says 'wait'. Being in an encampment today is an act of resistance. And at some point, these people, who are in hell, will slap the devil. "

Several activists and public figures have shown their support for the MST and Land Reform. Check out some statements:

"This meeting is important for us in the justice system because most members of justice are part of a circle representing the ruling classes. It is extremely important that we are prepared to break with this situation, and allow space for the productive classes to be able to occupy the courts, which exists for the distribution of justice, ensuring human rights.

We are here to learn, to listen. Leaving our Plato's cave and learn from society. Recently we made a very big struggle with the question of indigenous land, and agrarian reform is a topic that is connected to it, is a debt that the Brazilian government has to fulfill. It is a constitutional right that should be guaranteed, and we are engaged in this fight."

José Henrique Rodrigues Torres, chairman of the executive board of the association Judges for Democracy

"The MST is a great national model of resistance for the fulfillment of Agrarian Reform. And it is situated very well for the clash with agribusiness, the Brazilian export logic, which represses the country and on the side of the hegemony of finance capital, and now forms a special power block. 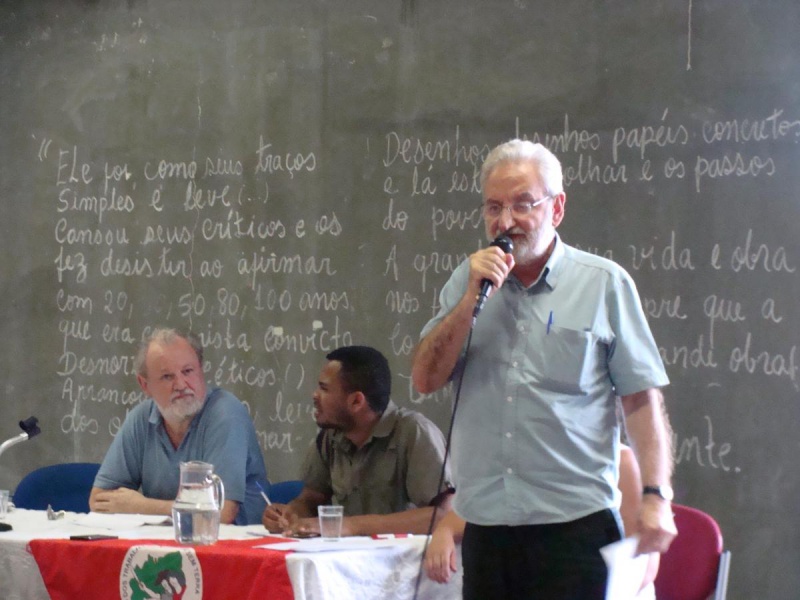 This conjunctional debate that prepares the social movement for confrontation is very important. It is necessary to rescue a political platform for all social movements, whether in Human Rights in Land reform or democratization of the media and the structural change of economic policy, whose main beneficiary is the finance capital and agribusiness. "

Ivan Valente, congressman and president of the National PSOL 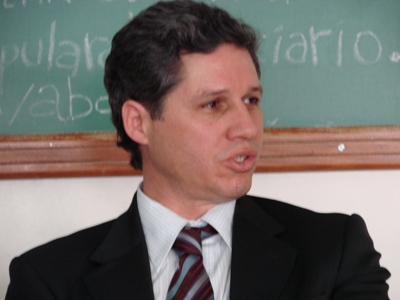 "The MST has a key role to construct a national project in Brazil. The movement is responsible for the fight which guarantees the right to land, to eradicate poverty in rural areas and the organization of workers in the field. You cannot talk about the history of Brazil without mentioning the MST as an important player."