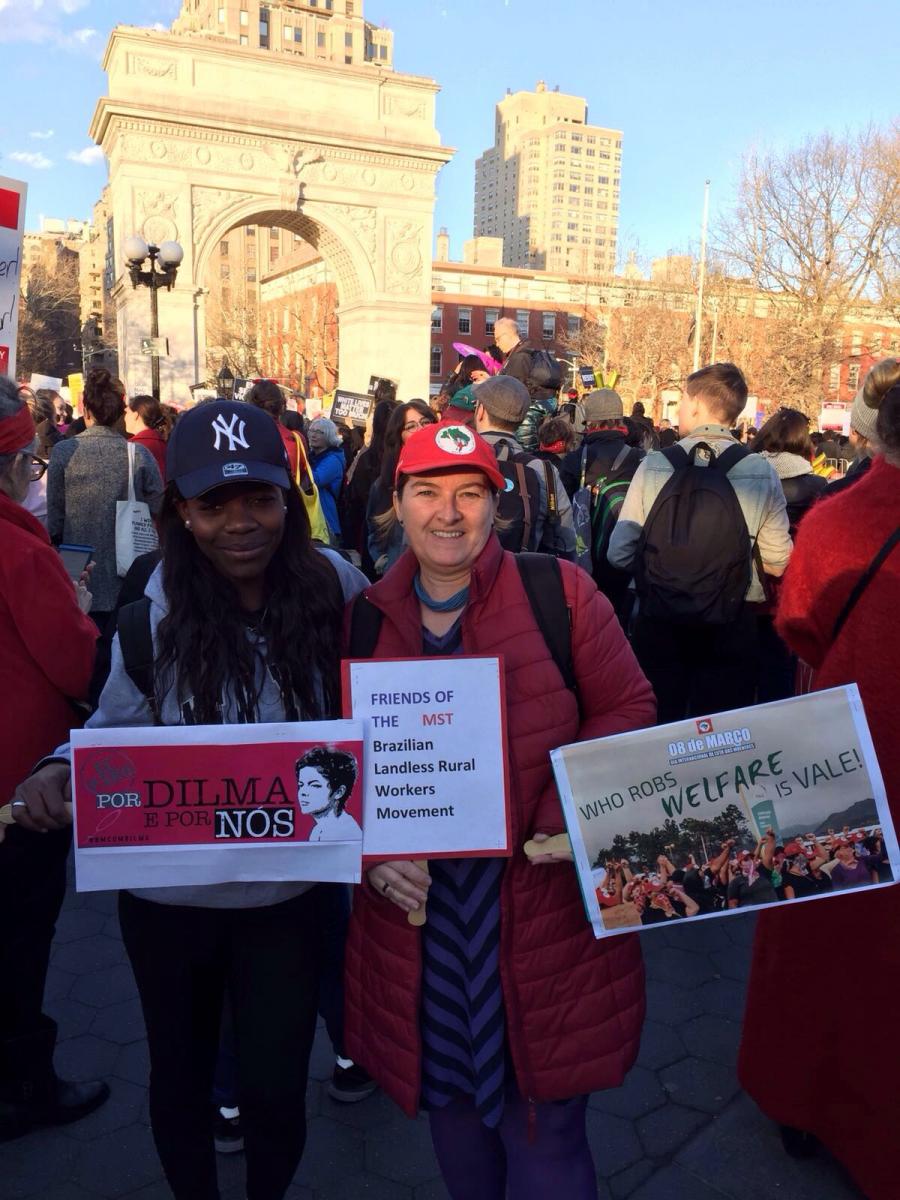 Women’s Day activities in New York City. The demonstration was organized by: INTERNATIONAL WOMENS STRIKE (US) and WOMEN'S INTERNATIONAL PARLIAMENT - a coalition representing dozens of grassroots groups and grassroots organizations, as well as organizing a series of actions in support of labor, Migrants and others. The demonstration was in the Washington Square Park with a marked presence of feminist groups, social movements, militants of political parties, students, activists, artists among others.

The march touched on points that marked the history of the struggle for women's rights. One of them was in the old Triangle Shirtwaist textile factory that burned down in 1911 and killed 123 women and 23 men. Other stops were at Stonewall (site of the 1969 uprising by gay men and women against constant police harassment), Zucotti Park - emblematic site of the "Occupy Wall Street" movement and also opposite one of Trump's hotels. 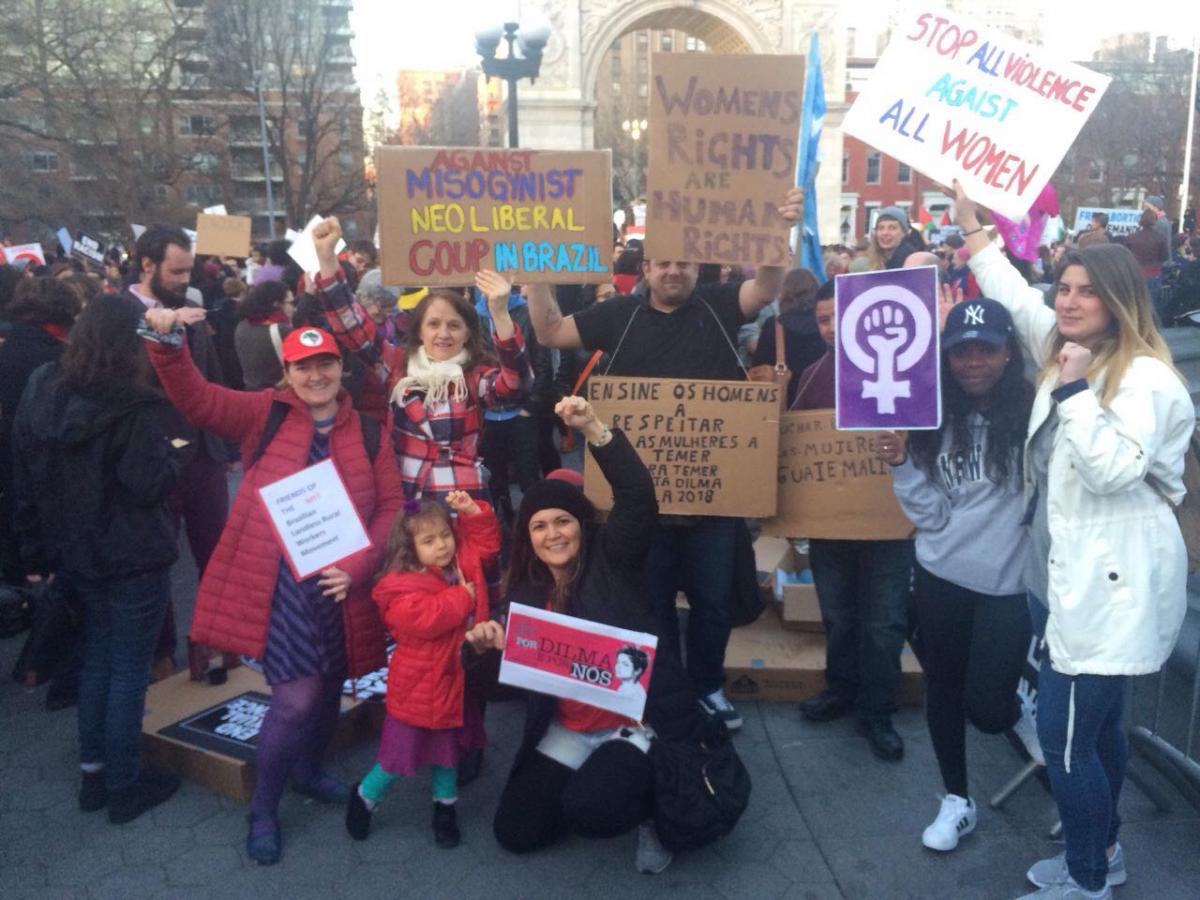 In the countryside and in the city and around the world, the International Women's Day was marked by struggle for gender equality, against violence, against capital. We women, too, are in solidarity with and support the MST days of struggle which opposes the draconian proposals of the coup government of Michel Temer to “reform” social security and the consequences on working people.

Also the resistance to the anti-popular measures packages of the current illegitimate and coup government.

I EXIST BECAUSE I RESIST
AGAINST CAPITAL -  AGAINST AGRIBUSINESS -  AGAINST PREVENTIVE REFORM
STOP THE COUP IN BRAZIL - OUT WITH TEMER
DILMA'S IMPEACHMENT IS MISOGINISTIC
DRIVE OUT THE TRUMP/PENCE FASCIST REGIME.