Solidarity: food from settlements for poor neighborhoods and homeless people 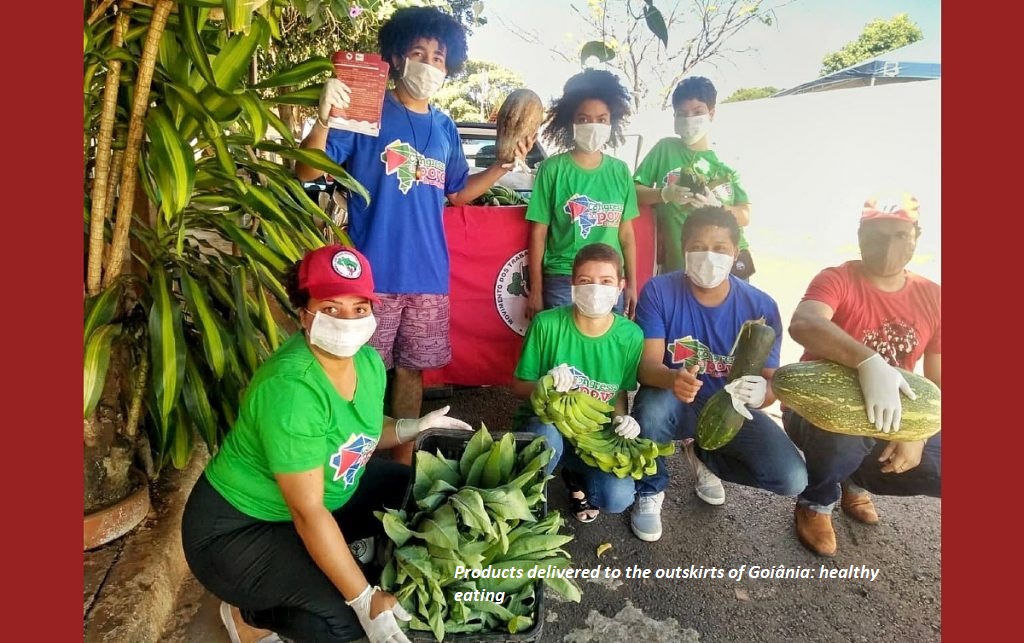 A task force took food produced in settlements and encampments to the outskirts of Goiânia. This has occurred in other regions of the country, such as Recife, where since March 24, homeless people have been given lunch boxes.

The action in the northwest region of the capital of Goiás was organized by the Movement of Landless Rural Workers (MST), alongside the Popular Youth Uprising, Quilombo Collective and the People's Congress Brigade. Also coming from the Santa Dica dos Sertões Agroecological Training and Production Center, beans, zucchini, pumpkin, okra, eggplant, banana, cassava, almond, chives, free-range eggs and honey were distributed to the population.

In Recife, Armazém do Campo, on the banks of the Capibaribe River, has become a center of solidarity. Every day, the surrounding street population receives lunch boxes, in a joint action between the MST and the Archdiocese of Olinda and Recife.

“With the decrease in the circulation of people and the closing of bars and restaurants, we saw this need,” says Paulo Mansan, of the MST's state directorate. “Solidarity and care are our tools for coping during this pandemic,” he adds.

According to him, the production and distribution process has been carried out in accordance with recommendations from health authorities. "In addition to avoiding the crowding of people at the time of distribution, we all use PPE (personal protective equipment), such as gloves and masks, in addition to sterilizing surfaces with alcohol and disinfectants," he says.

The MST also made the Paulo Freire Center available to the state government, aimed at training courses and educational practices. The place, in the rough of Pernambuco, has 50 rooms, six classrooms and an auditorium with a capacity for 800 people. The same state government issued a repossession order last year, but the action was suspended after social mobilization.

The MST maintains its Armazéns do Campo, selling products from settlements and agrarian reform experiences. In São Paulo, for example, it works from Monday to Saturday, from 11 am to 5 pm, at Alameda Eduardo Prado, 499, Campos Elíseos, in the central region.

The MST also promotes agrarian reform fairs, with products from all over the country. In São Paulo, the fourth edition of the fair, in 2019, did not occur due to obstacles of the state government.