Spectacular Protest of Landless Women against the Vale Company

Early this Tuesday March 7, around 1,500 women of the Landless Workers Movement (MST) 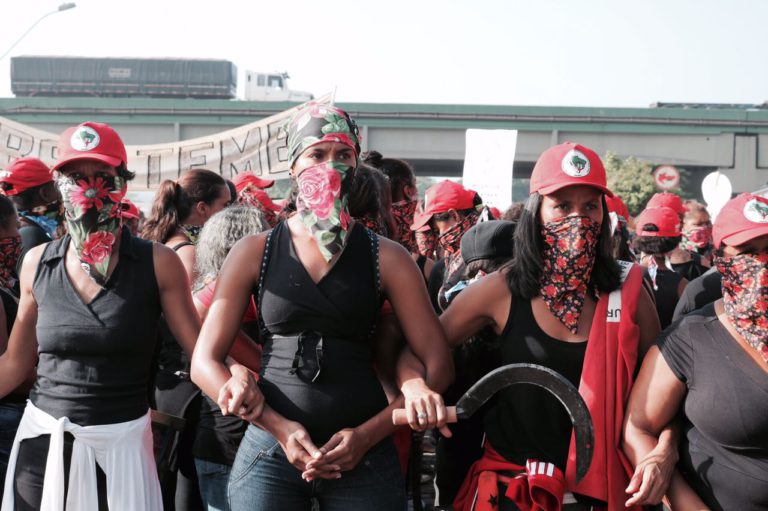 paralyzed the industrial complex of Vale Fertilizers Co. at Cubatão (São Paulo) to denounce the debt of the mining company to the Social Security system. Vale is one of the major debtors on the list of the National Treasury General Attorney. The company owes 88 million dollars to the National Institute of Social Security (INSS).

The action was part of the National Struggle Day of the MST Women, that started past Monday (March 6) and that will last until the 10th of March. The principal demand of the movement is a critique of the “reform” of the Social Security system, that the National Congress is treating as the 287th Constitutional Amendment Proposal (PEC). This matter is also in the agenda of other organizations and popular movements.

According to Nivia da Silva, Rio de Janeiro’s MST coordinator, the debt of the private companies with the INSS is contrary to the speech of Michel Temer’s government about the deficit in Social Security. 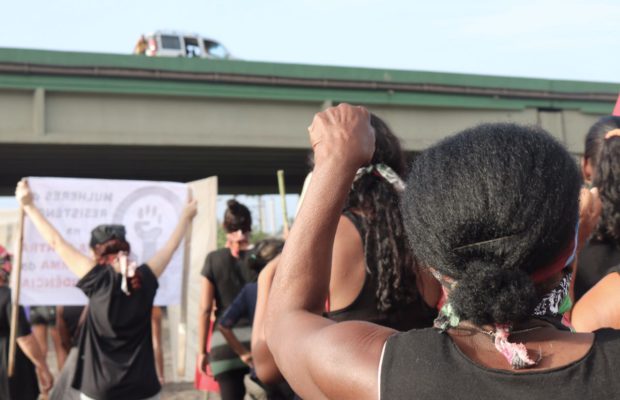 “It is convenient [for the companies] to reduce their contributions to the Social Security system to increase the rate of profits during this crisis,” claimed the social leader.

The debt of public and private companies, federal foundations and entities with the Social Security General System is over 135 billion dollars. The number is almost the triple of the deficit of the INSS, number that was around 250 million dollars in 2016, according to the federal government. Among the greatest debtors we found Bradesco, Caixa, Marfrig, JBS and Vale.

“We do not need a Social Security system reform, but to collect to those companies so that they comply with their commitment along with the working class”, she continued. 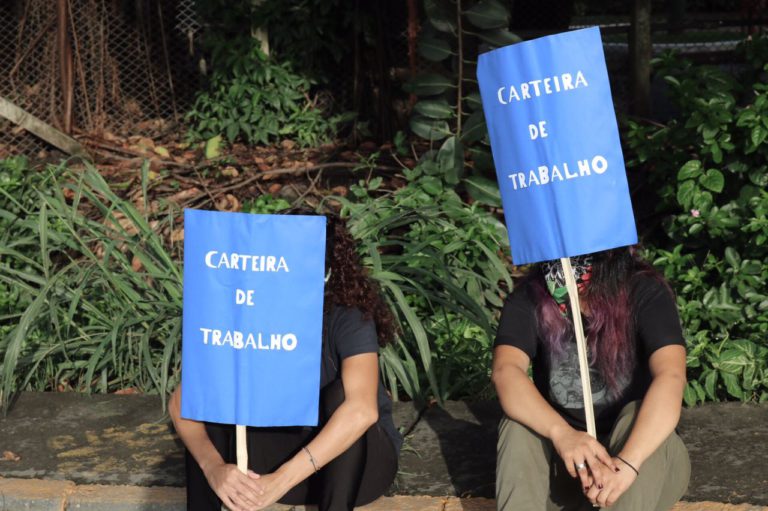 Around 6 am, women arrived to the second unit of the Vale Fertilizers complex, where they stayed around 20 minutes chanting struggle anthems and denouncing the company. After the action, the militants paralyzed the entrance to the whole industrial complex. 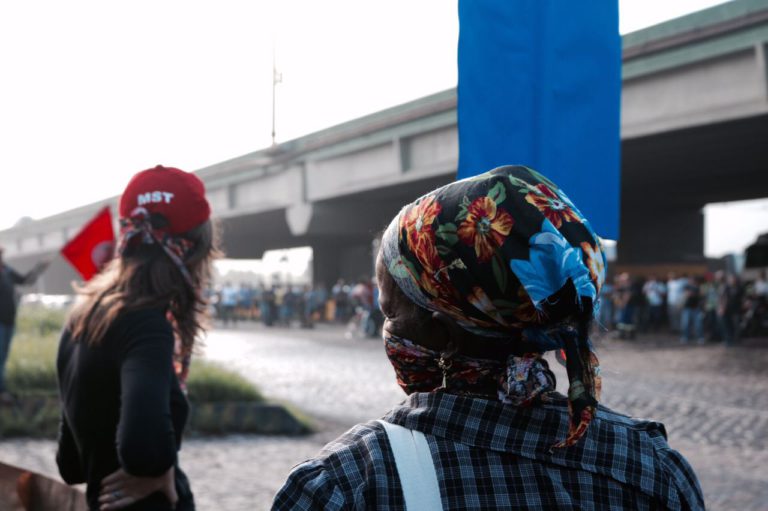 According to Silvia, the action had the explicit character to show that “the main victims in the Social Security system reform are the women of the countryside”. The 287th PEC aims to equate the retirement age between women and men, between rural and city workers.

Silva highlighted that the MST defends a public, universal and supportive Social Security System. The National Struggle Day also denounces the foreign capital of the multinational companies in the Brazilian agriculture. 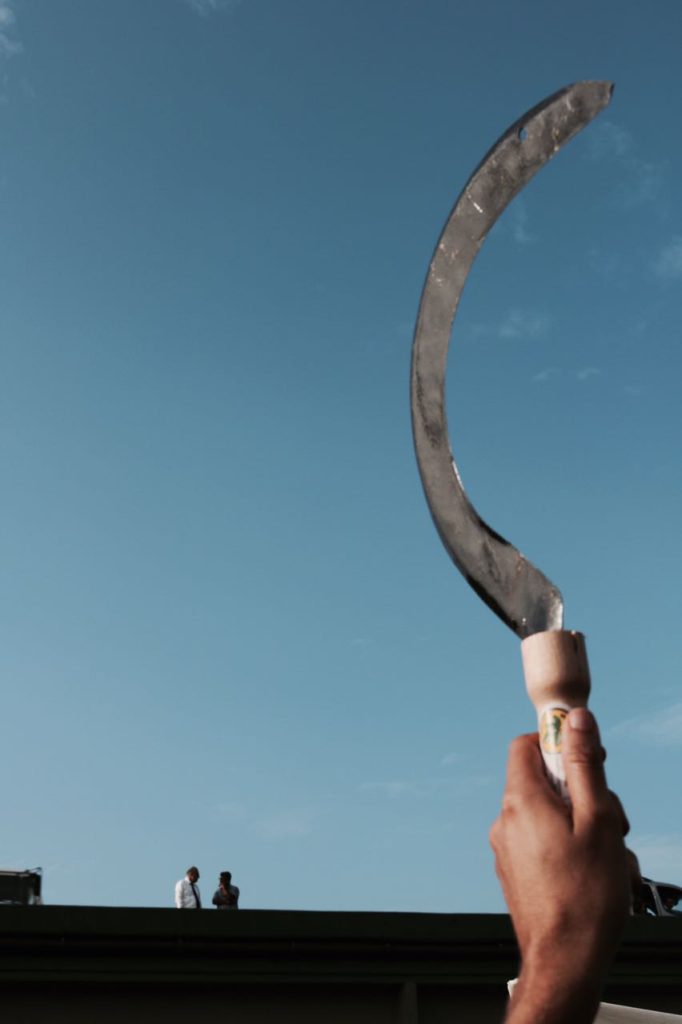 The MST Women have gained even more traction lately inside the MST, and the confrontation actions leaded by the female farmers in the eve of March 8, have been regular since 2006, when an intervention at the Aracruz company, in Rio Grande do Sul, was realized 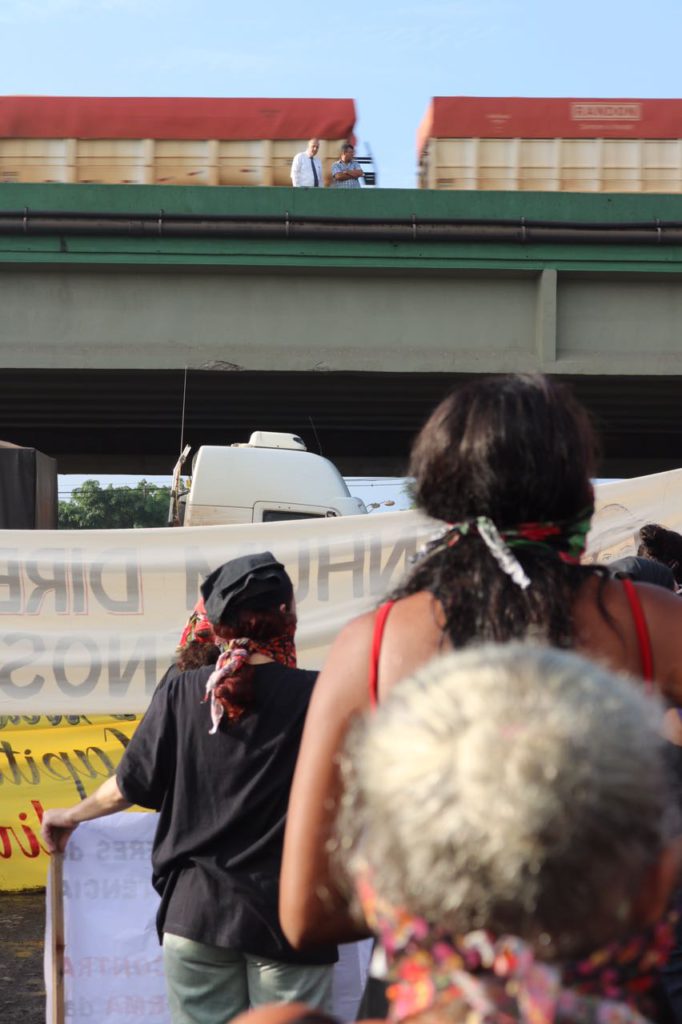