Women mobilize in solidarity with the MST political prisoner in Paraná 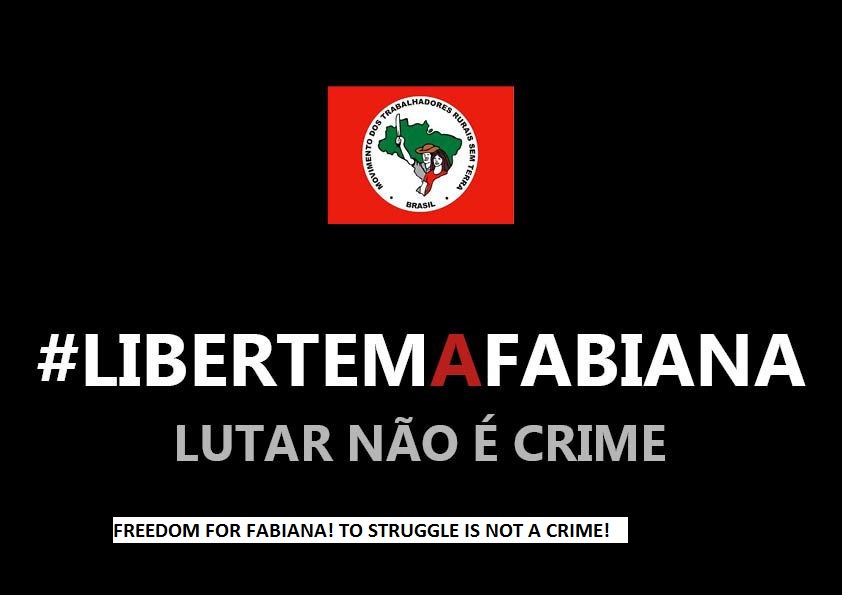 March arrives and brings with it the incomparable energy of the days of confrontation against patriarchy and the Capital that so oppresses women.

On March 8, since dawn, peasant women are on the streets, squares and plenaries of the entire state of Paraná, denouncing the coup in Brazil, debating its consequences for the working class and pointing out the organization and mobilization of women as a part The empowerment and emancipation of the working class.

In defense of the right to public pension and dignified retirement, we are against this pension reform, and for this reason we peacefully occupy INSS agencies in the state. Our intention is to awaken the society and the working class, and to talk about the real objectives and consequences of the proposal of reform of the Social Security of the Temer coup government.

Struggle is a right

In the north of Paraná, in the municipalities of Apucarana, Rolândia and Londrina, more than 800 women are mobilized against the proposal of the Social Security reform and other coup measures of the Temer government. Women are also mobilized at the Londrina Forum, denouncing the criminalization of popular movements and the arbitrary arrest of militants, especially the 22-year-old comrade Fabiana Braga, unjustly imprisoned since November 2016.

"We set out to denounce and dialogue with the Brazilian and Brazilian society about the need to take to the streets and defend the rights of the working class," say peasants.

As the motto of the Women's Day of the MST already expresses, we must constantly be awakened against Capital and Agribusiness, which daily attacks against life in the countryside, especially that of women.

It is the month of struggles, of women, of peasants. It is time for women to take to the streets and show their strength and rebellion.

"We are still fighting because fighting is a right. We Landless Women fight against the criminalization of popular movements and against the arrest and political persecution of members of the MST. We demand the immediate freedom of Fabiana and the political prisoners of the MST! "They point out.

On March 8, also raise the banner of solidarity for the freedom of the political prisoners of the MST, in Paraná, Fabiana.

Make banners with the sentences and lead to the acts:
- Women against the criminalization of the popular struggle
- Release Fabiana the political prisoner of the MST

PARTICIPATE:
- Print the image to the side or write: Free Fabiana
- Join supporters and take a picture with the poster;
- Send to us by direct message;
- Share on your wall with the tags #LibertemAFabiana #MulheresEmLuta and # 8M!
Let's all wake up! Freedom to Fabiana NOW!