Land Democratization Not Acted Upon (by current government) 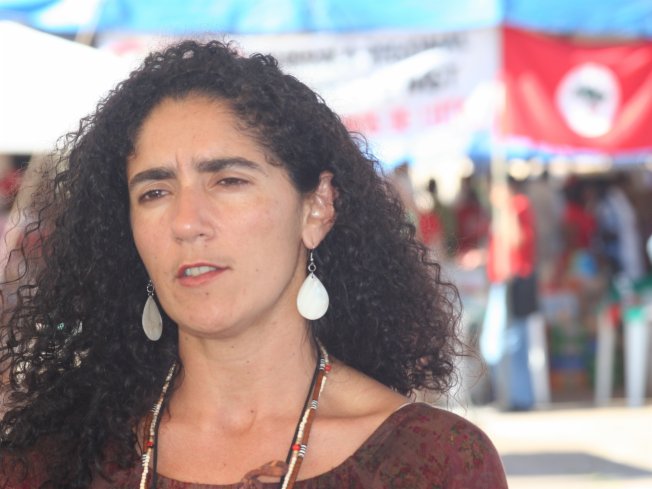 Agrarian Reform came to a stop in 2012 and there were few investments by the government in production, in family farmers and in the settlements.

Because of this, there is a new narrative that ¨now we need to develop the already existing settlements and not expropriate more lands.¨

In that way the government distances itself more and more from the family farmers and from the rural social movements.

¨Agrarian Reform is paralyzed because of the development model in question in Brazil today, agribusiness.¨ This is the analysis of Marina dos Santos, of the National Coordination of the MST.

Despite the unfavorable context, Marina defends the application of pressure applied to the government so that Agrarian Reform remain on the table.

She agreed to having this interview placed on the MST website, with her perspectives on Agrarian Reform and the importance of struggle in the countryside.

Given that the National Institute for Colonization and Agrarian Reform (INCRA) indicates that 10,815 families were settled from January to November.  What does this number mean for Agrarian Reform?

This number is a joke, given the complex reality we have in Brazil, with the high level of land concentration, which only increases through the actions of the transnational corporations, who are taking over lands across Brazil and South America.

It is a number that reflects the increase in land concentration, of foreign takeover of lands and the common goods of nature.  At the same time it shows that the priority is agribusiness, large land holdings, and producing a few items for export, to the detriment of strengthening peasant family farming.

The government´s opting in favor of agribusiness is clear and demonstrates the political discourse of most of the ministries and how resources are allocated for the large companies.  Agrarian Reform is almost at a standstill in the country.  Governmental action to democratize land holdings with unproductive latifundio holdings does not exist. On the contrary.

Has this attitude toward Agrarian Reform been aggravated under the Dilma government?

This started in the 90s, with the acceleration of the neoliberal model and the rise and consolidation of agribusiness in Brazil.  All the governments have claimed to be undertaking agrarian reform all the time, but there is an enormous contradiction there.  The mainstream media ignores this.  The Gini index shows that land concentration is not changing.

It is impossible to substantiate ¨the greatest Agrarian Reform in the world,¨ with the Gini index showing clearly how land concentration is holding steady.  You cannot democratize land while at the same time concentrating land.  Agrarian Reform is paralyzed because the development model in play today in Brazil is agribusiness.

The mainstream media points out that since agribusiness generates employment for low-income workers, that they have given up on struggling for Agrarian Reform.  What is your analysis of this?

There is another contradiction.  What we have seen is that those who provide for the production of healthy foods and for generating employment are family farmers, not agribusiness.  On the contrary, agribusiness stimulates the rural exodus, the flight of families from the countryside, who go however they can to the large cities to try to survive.  That thesis does not correspond to the reality of rural Brazil.

What percentage of settlers abandon their plots of land.  Why is there such abandonment?

A few years ago, surveys indicated that less than 10% of settlers end up abandoning their plots.  In the general context of Brazilian agriculture and taking into account the rural exodus caused by agribusiness, the percentage of the settlements is much lower than the average in the countryside.  The principal reasons pushing families to abandon their plots is the lack of public policies and infrastructure favorable to them.

The government has various means of facilitating access to public policies for the large land holders who already have a reasonable infrastructure.  Those being settled now do not have any infrastructure and there are few chances for the settlements to access credit.  And where there are, there is a lot of red tape.  It is difficult for many to access available credit for small-scale agriculture, so the settlements are on their own to survive, without the help of public policies. 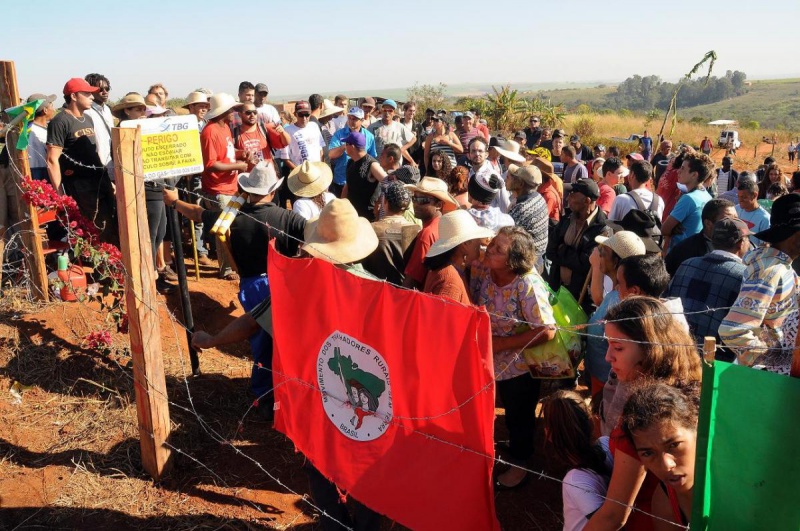 How do you see the statements by INCRA that the priority now is for the development of the  settlements?

Unfortunately, they have acted less regarding the expropriation of unproductive lands to create new settlements, and this is bad, because the slogan of this government is to combat misery.

The realization of Agrarian Reform, the distribution of lands and investment in the settlements is a fundamental policy to overcome misery in the country.  This is as true for those living in the interior as with those who live in cities, who would all benefit from a generation of employment, the growth of local markets, and the production of foods more plentiful, cheap and of better quality.

What measures could the government take to realize an effective Agrarian Reform?

The first measure ought to be a restructuring and strengthening of INCRA, which is being completely hollowed out, with few workers, low salaries and few resources to undertake the rural work.   The program staff need to be renewed, eliminating unmotivated and even persons opposed to the realization of Agrarian Reform, and making resources available to push forward the rural work.

Another element would be to make resources available for action, increasing the actions of INCRA to undertake expropriations, land acquisitions and surveys.  And to set political goals for society so that the government would be disposed to implement Agrarian Reform, and to confront the large landholders.

What is the role of social movements in this context?

The movements have to continue fulfilling their role organizing, mobilizing and applying pressure.  They ought to continue organizing landless workers in the country.  To pressure governments so that they fulfill their responsibilities punishing unproductive large landholders and undertaking Agrarian Reform.

What are the challenges for the coming year?

There is a need to articulate more unity among the social movements of the countryside, a process that was initiated this year with a unified gathering for social movements, unions and indigenous organizations,  quilombolas (rural Afro-Brazilian settlers), and river dwellers.  We have to continue to work to build the unity of the struggles and the spaces of all the rural social movements, to build a greater pressure on the federal government.

The movements ought to continue organizing the settlements, as much with the cultural and educational issues, as well as the technical and political training in the settlements, so that they can produce high quality food, free of agro-chemicals, for the rural and city populations.

And pointing out the contradictions of agribusiness?

Another important challenge is to denounce to society about the use of agro-chemicals, which are the big villain of agribusiness.  Society is gaining a consciousness of the harm that agribusiness does, which has consequences on people, on the environment, for society as a whole with the high level of agro-chemicals in the countryside.

We have to win the sympathy of society for the undertaking of Agrarian Reform, because this cannot be achieved only with the rural movements.  It will be the whole society together that will be able to regulate this, denounce this and make Agrarian Reform a fact.  Without this, we will not achieve it.