A legitimate and peaceful movement, who does the Cry of the Excluded bother? Crying for 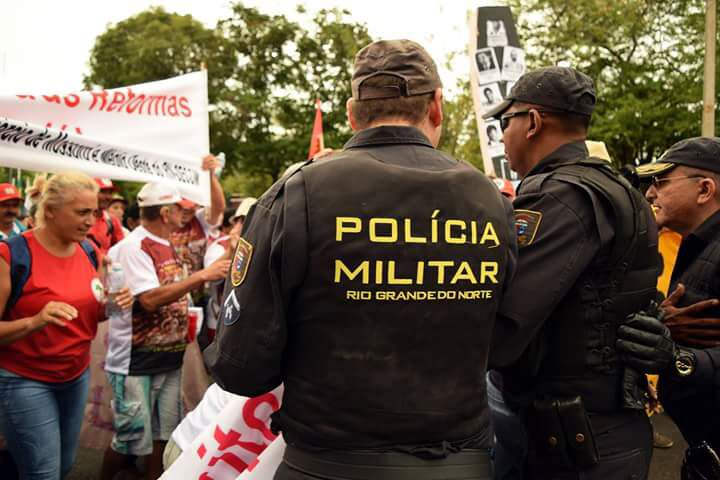 health, education, security, culture, housing, land exposes the mismanagement of public resources and the inequality that plagues the city, state and country.

This Thursday (September 7, 2017), mobilizations took place throughout the country as a result of the Cry of the Excluded, an event that is in its 23rd year, demanding rights and democracy. In Mossoró, Rio Grande do Norte, the activities of the Cry were marked by episodes of violence against demonstrators. In a note the organization of the activity in the state repudiates the cruelty and criticizes the local mayor, Rosalba Ciarlini (PP).

Check out the full note:

Twenty-three years ago, on September 7, the Cry of the Excluded /the  Movement of  Brazil has denounced social injustices. In Mossoró, Mayor Rosalba Ciarlini (PP) makes a point of using cruelty to muzzle the people who exercise their citizenship and claim their rights. In all her management the mayor authorized ostensible policing, threats and even arrests in the activities, this is her trademark.

Refusing to dialogue with the movements prevented the demonstrators from crossing the main avenue. Elieser Girão, the municipal secretary of security, intimidated a small group of demonstrators before the start of the movement: "zero tolerance", were the orders given by the colonel and heard by all.

Coercive force was also used against the workers. To try to stop the march from taking to the streets, the military police made a cordon of isolation that was unsuccessful. There was no violence on the part of the protesters.

A legitimate and peaceful movement, who does the Cry of the Excluded bother? Crying for health, education, security, culture, housing, land exposes the mismanagement of public resources and the inequality that plagues the city, state and country.

Making denunciations in full parade alerting the false independence of Brazil is to challenge the order to make reality. And this, the powerful do not tolerate, do not forgive. However, the people resist. The resistance of the Cry of the Excluded / 2017 showed that it is not the cruelty that can silence the people.

At the stand of the authorities, set up to watch the parade pass, Deputy Beto Rosado (PP) was directly accused of criminality for being an accomplice of Temer and voted for the freezing of investments in health, education and labor reform that is only good for the boss: There will be no forgiveness! Every accomplice of the coup is an enemy of the nation." 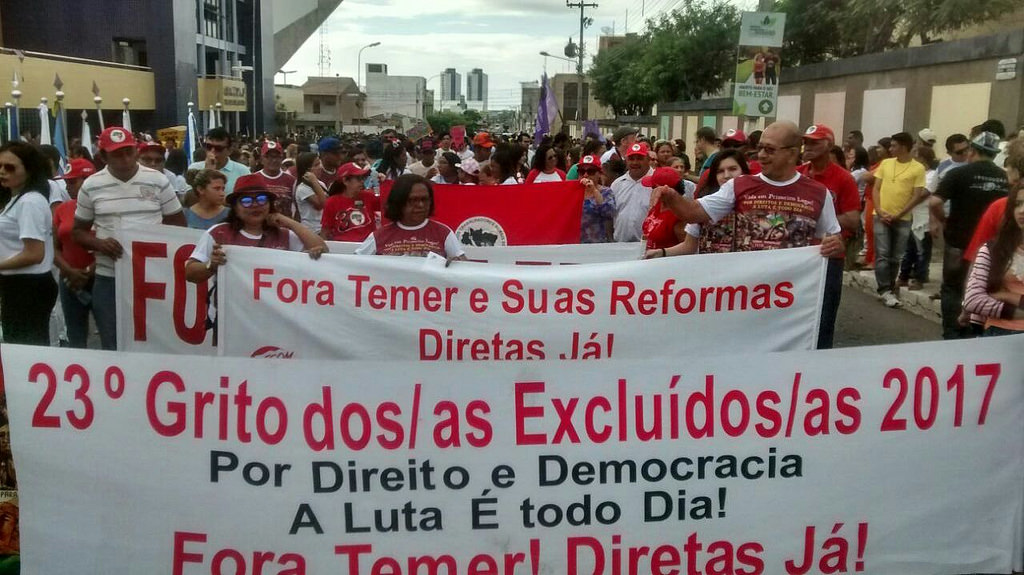 The attempt to prevent popular demonstration is strong. When it cannot be stopped, the last

alternative is the cruelty which the oppressors resort to. But the Cry was able to contine peacefully echoing the voices of communities, youth, women, black people, LGBT, Landless, homeless and working class.

Let us not be mistaken, the treatment that the protesters of the Cry, besides being an expression of the oligarchies in power, is part a process of criminalization of the movements and popular struggle. This treatment is intensified by the moment of the parliamentary-legal-media based coup experienced by the country today. We will not retreat, on the contrary, we will intensify the process of popular organization and resistance, and we call on all sectors of society to fight against all setbacks and daily blows to the working class.

Organization of the Cry of the Excluded;
Mossoro, September 7, 2017.