On the day Madero laid off 600 workers, the MST donated 12 tons of rice

Reactions to the crisis caused by the coronavirus pandemic have highlighted different aspects of Brazilian society. On April 1, in São Paulo (SP), the Madero restaurant chain announced the layoff of 600 workers. On the same day, in Rio Grande do Sul, the Movement of Landless Rural Workers (MST) announced that it will donate 12 tons of organic rice to help compose the basic food basket for vulnerable people. 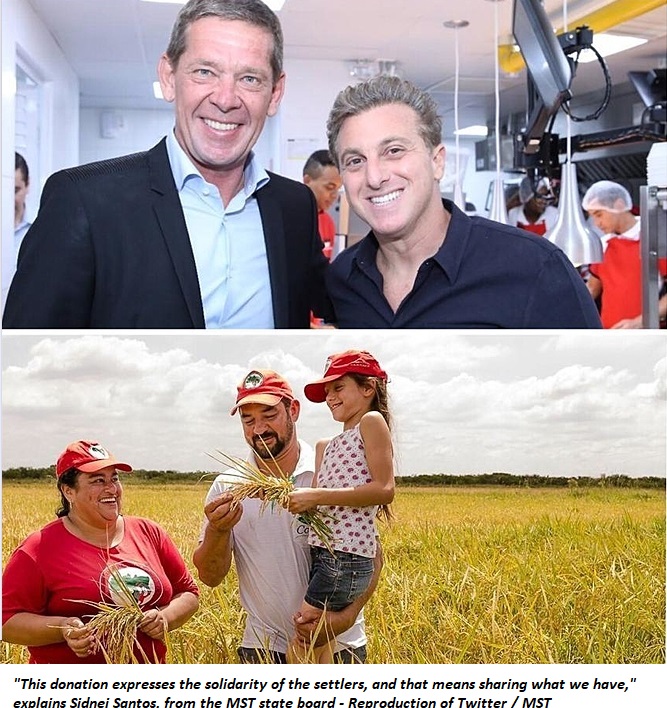 One of Madero's owners, Junior Durski, gained visibility for saying, on March 23, that Brazil should give up social isolation in the name of the economy. In his justification, he minimized the deaths caused by the disease.

“Brazil cannot stop like this, Brazil does not have this condition. The consequences will be much greater than the people who will die from the coronavirus ”, began Durski. “I know we have to cry and we are going to cry for the people who died from the coronavirus. We are going to isolate the elderly, those with health problems, but we cannot because of the 5,000 people who are going to die ... I know it is serious, that it is a problem, but what is more serious in Brazil is that last year more than 57,000 people were murdered in Brazil, more than 6,000 due to malnutrition, 5,400 from tuberculosis ”, he added.

The statements of Durski, who is a partner of presenter Luciano Huck in the Madero chain, is in line with the wishes of several Brazilian businessmen, who seek support from President Jair Bolsonaro to prevent the country from respecting experts from all over the world and mandating social isolation.

Contrary to the attitude of the owner of Madero, the MST shows concern for the well-being of the working class, the main one affected by the crisis imposed by the pandemic, explains Sidnei Santos, of the movement's state leadership. "This donation expresses the solidarity of the settlers, and that means sharing what we have."

The MST has been an important ally in the fight against the coronavirus. In Santa Catarina and Paraná, farmers in the movement produced 70% alcohol and distributed it to the public health network.

According to João Pedro Stedile, a member of the national leadership of the movement, the entire MST base of activists was guided to follow the recommendations of social isolation, presented by the World Health Organization (WHO). “Our responsibility is political,” he said.

The MST leadership asked for unity and patience so that, after the coronavirus crisis, a new course for the country can be discussed again. “After we pass the virus crisis, we will continue. We are going to hold assemblies, demonstrations, marches, to discuss a new course for the country, to, using the popular saying, make this lemon, which is the virus, into lemonade. And we take the opportunity to raise awareness among our people, unite our people and practice solidarity as a value that brings society together”.