MST grieves murder of a leader: “the shedding of workers’ blood is one more reason to fight”

Last Wednesday night, on January 24, the Landless Workers’ Movement of Brazil received the heartbreaking news that another comrade had been murdered. 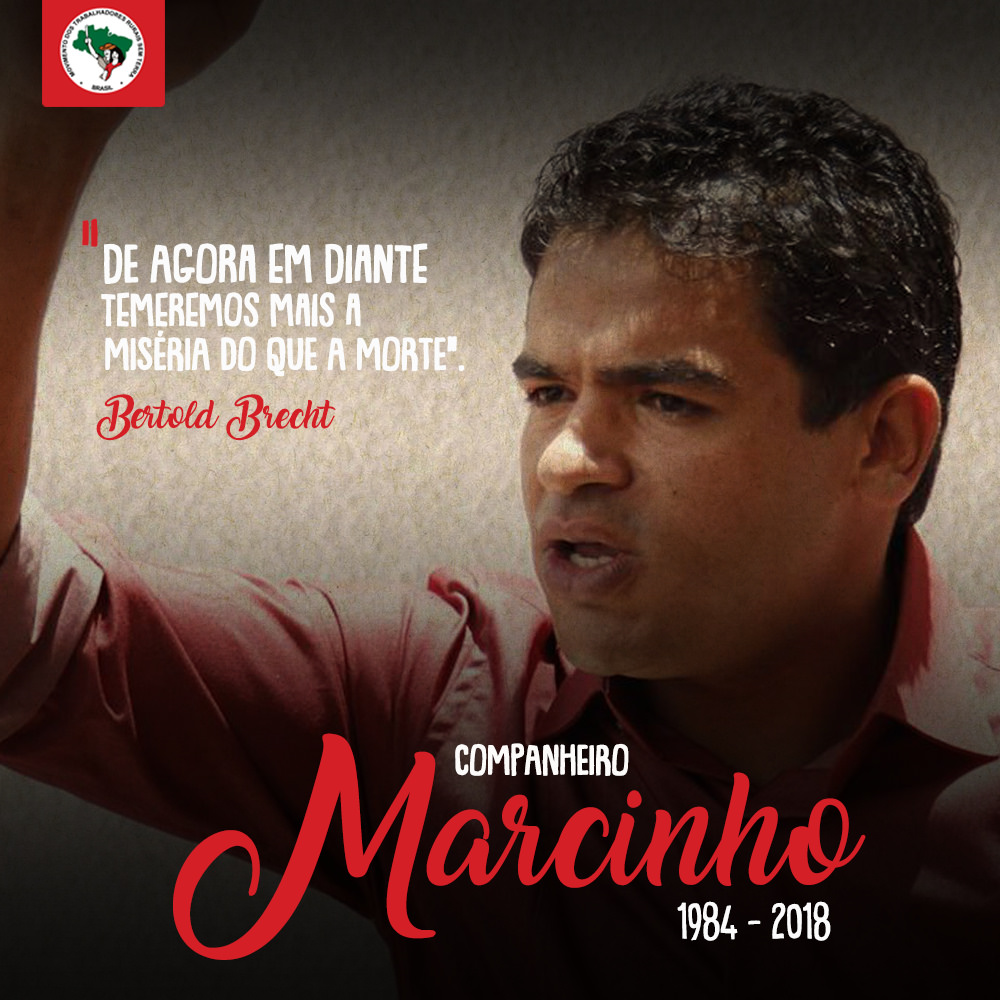 Márcio Matos, MST leader who was involved in the political struggles of the state of Bahia, was found dead in his home in the Boa Sorte settlement, in the Chapada Diamantin region. According to reports by family and friends, the leader was killed with three shots, in the presence of his son.

As the working class faces serious setbacks and elimination of rights in Brazil’s current political juncture, the country continues to become increasingly violent. This violence is intrinsically linked to the advance of capitalism in our territories.

Born in Vitória da Conquista, in southwest Bahia, Matos became one of the leading members of the MST in the state, and was known for his cooperation with left-wing parties, popular movements and organizations. Within the MST, he took on a national leadership seat as a young man and remained in the task for eight years, during which he stood out for his ability to mobilize the masses.

A father, a peasant, a son of the working class and committed to social transformation, Marcio Matos, whom we affectionately called Marcinho, had recently taken on the Itaetê Administration Secretariat and contributed directly to the Socialist Popular Left (EPS), an organization within the Workers’ Party (PT).

Márcio was one of the minds behind the many achievements we have had in recent years. He put into practice principles such as solidarity and companionship, without forgetting values forged in the heart of the struggles, such as political sensitivity, understanding, dialogue and a tireless ability to be indignant with injustice.

The death of the comrade adds to a disheartening nation-wide surge of violence against peasant workers. According to the Pastoral Land Commission (CPT), 2017 was a bloody year. “The conditions endured by the peasants and peoples of the water and forests demanded stubbornness, resistance and questioning the role of the state,” the organization explains. According to the Commission, 65 people were murdered in conflicts over land, in many cases with cruelty, a number that makes Brazil the most violent country for peasant populations in the world.

The cruel murder of Marcinho reminds us that five years ago we lost comrade Fábio Santos, who was also a leader of this organization. Fábio was assassinated with 15 shots in the presence of his partner and children, on the road that connects the headquarters of the municipality of Iguaí to the district of Palmeirinha, in Southwest Bahia. Until now, no one was arrested, leaving the crime unpunished.

This is a time of mourning, but also of struggle. Therefore, we demand the Justice system to immediately initiate investigations on Márcio’s murder. We will not allow this death to go unpunished and we will continue the popular struggle waged by him in the various trenches.

We send our love to Márcio’s family members, friends and all the MST militants who are mobilized in the settlements and camps throughout Bahia. Together, we will make our cry of repudiation be heard. We will continue to struggle against capital and agribusiness and to defend Socialism, and the shedding of the workers’ blood, which paints our red flag of rebellion, is one more reason to fight.

Whereas you are threatening us

With rifles and cannons

We decided: from now on

We shall fear misery more than death.

State Direction of the MST in Bahia