Unions make shutdowns and blockades on highways in 23 states 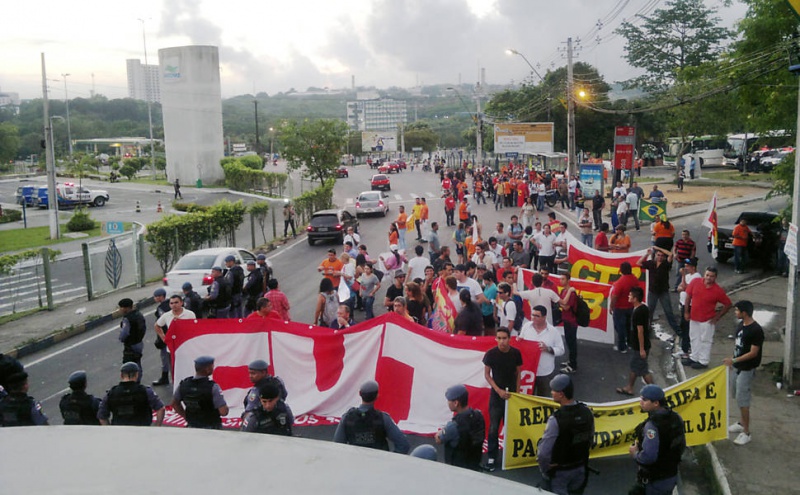 At least 23 states recorded on Thursday (July 11) strikes in factories and banks, roadblocks and street protests. The acts are part of the "National Day of Struggle" and are organized by unions as CUT, Union Force, Conlutas and UGT.

The protests are scattered and have fewer people than in actions recorded in June throughout the country.

Around noon [on July 11], at least 20 highways in ten states still remained closed. Schools and universities were also suspended classes in some locations.

Porto Alegre and Belo Horizonte are among the cities that have felt the impact of the strikes.

On Thursday, Porto Alegre dawned in a holiday mood. Between 8 and 9 AM, avenues like Protásio Alves and Osvaldo Aranha, usually congested at this time, had few cars circulating. 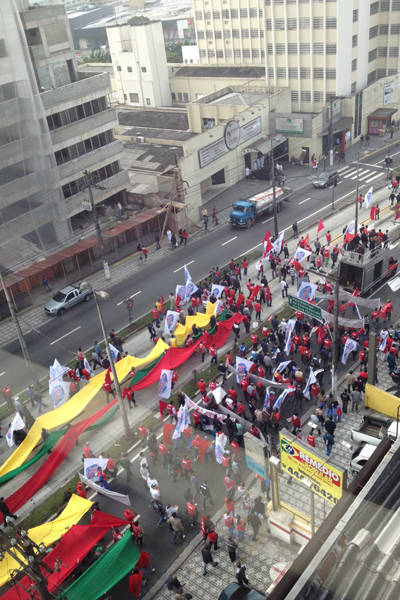 Many shops in the city center did not open and whomever needed public transport were only able to use taxis or private bus.

Prevented from leaving the garages by unionists, buses did not operate. The trains that connect cities in the Porto Alegre metropolitan region normally operate in the morning from 5:30 AM to 8:30 AM but were closed at 7:30 AM due to vandalism.

Trensurb (commuter rail company) reported that a group invaded rails preventing trains from passing at the Airport Station. There were also rock throwing in the municipalities of Pillar and Canoes. No one is hurt.

Protestors clash with the Batalhão de Choque during act in Rio

Protesters and police Batalhão de Choque [a unit of the military police focused on civil disturbances] clashed at about 4:30 PM in the corner of Avenues President Vargas and Rio Branco, in the center of Rio de Janeiro.

The confusion began shortly after a man was arrested and soon after released by the police. When he was released, protesters who were at the end of the protest began throwing objects towards the police, who responded by using jets of spray pepper gas. They would run down the side streets.

Paulista [Avenue] is freed after nearly four hours, the group heads to the Plaza of the Republic

Paulista Avenue was fully cleared for traffic in the late afternoon of Thursday, after being totally closed for nearly four hours. The blockage was caused by a protest that brought together 7,000 people as part of the "National Day of Struggle," called by unions.

According to CET (Company of Traffic Engineering), the route was closed in both directions around 12 PM, being released only at 3:50 PM. Consolação Street, which was also closed by the group - in march - had also been released around 5:20 PM.

The group went to the Praça República, and blocked part of Avenida Ipiranga around 5:20 PM. On site, there were only 500 people, according to the Military Police, after the dispersion of most protesters.

The action was organized by labor unions as CUT, Força Sindical and UGT, but just gathering different categories, with different claims. Unlike what happened in the actions for reducing public transit fares, one hardly saw protesters with flags or T-shirts of Brazil.

'Living is expensive, so I'm in the street', says SP metallurgical worker Sindical

While attending the protests in the south of São Paulo [state], the metallurgical worker Regiane Maria Marques, 35, wore a sign that read "Out, Dilma." When questioned about the reason for their participation in the act, she said "because living is expensive."

Alongside two colleagues from metallurgical company Kasato, Regiane complained about the prices, the cost of education and transportation.

"I have a son of 17 who is in a pre-university course and has to spend on transportation. Besides the cost of education, paying transportation is not easy," she said.

A few feet away, the worker Gleice Aparecida, 31, who worked for five years at Chris Belts, in the south zone, also shouted slogans asking for education, health and transport. "There is a lack of a state school teacher for my son, here in Santo Amaro, he always has class vacancies. And that’s why I'm here. To ask the government to do more investment in health and education," he said. 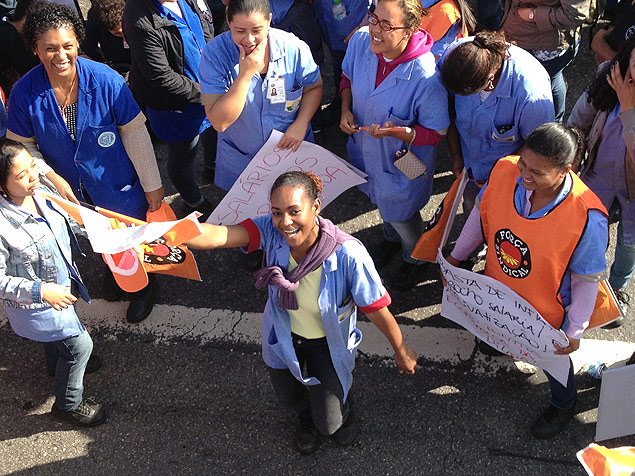 During the action, she and a group of about 10 friends competed with another group, this time of 15 workers from printer Santa Fé, in the Socorro neighborhood, where there even more animated protesters.

"You cannot just to complain. You have to dance a little," said Gleice, while dancing in an impromptu circle in the street with colleagues.

More discreet, Eric Batista, 23, employed for two years with the printer Santa Fé, also participated in a group of "worker-dancers" in the middle of the demonstration.

"I like to study, but for three courses I have already spent R$ 3,000 [approximately $1,500]. There should have more scholarships for the workers. My company receives a small share of ongoing technical qualification from Senai [National Service for Industrial Training]. To get the next scholarship, I have to wait about 6 years. That is,  when I have 29 years. I simply cannot," said Batista. 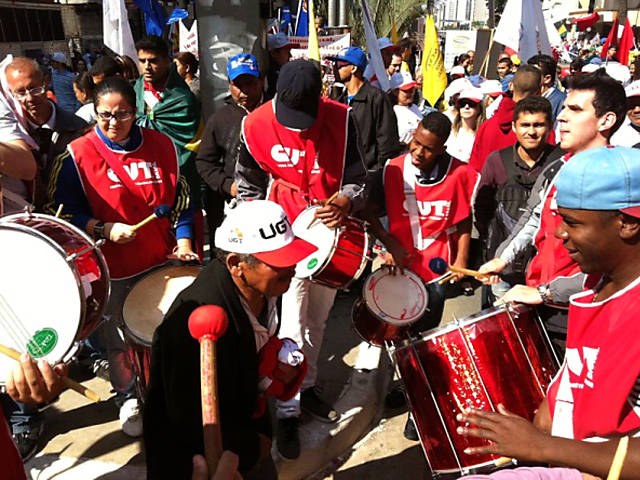