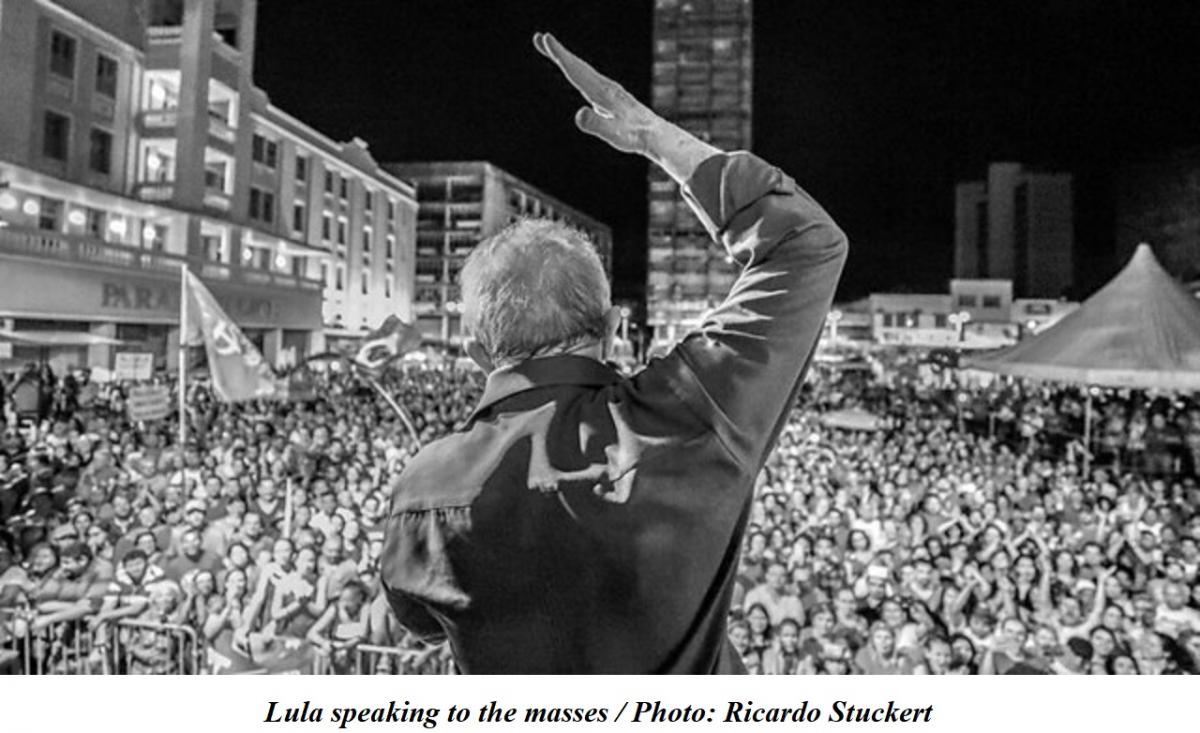 On Monday, June 10, the news publication The Intercept published a series of reports which confirmed the political motivation behind the legal persecution of former Brazilian president Luiz Inácio Lula da Silva. The reports revealed that prosecutors in the “Operation Car Wash” task force, as well as the judge presiding over the case, Sérgio Moro, worked to persecute Lula in order to prevent a return of the Workers’ Party (PT) to power, and thus contributed to the victory of far-right candidate, Jair Bolsonaro, in October 2018.

The reports are based on an archive of private chats, audio recordings, videos, photos and court proceedings that were provided to the outlet by an anonymous source. The Intercept said the materials “reveal serious wrongdoing, unethical behavior, and systematic deceit about which the public, both in Brazil and internationally, has the right to know.”

Sérgio Moro was a key actor in every step of the persecution of Lula, and though his neutrality and integrity has long been in question, the reports have confirmed this. His disproportionate sentencing of Lula in 2017 had been condemned as the case by the prosecution lacked any concrete facts and proof.

One of The Intercept’s reports referred to conversations between Moro and the chief prosecutor of the Operation Car War task force, Deltan Dallagnol. In their chat, Moro offered advice and strategies to the prosecutor to assist him in the investigation of Lula. Cooperation between a judge and prosecutors is a violation of the Judiciary’s Code of Ethics for Brazil and is completely unethical as a judge’s responsibility is to guarantee a fair trial. Furthermore, Moro has rejected all such claims which have suggested such collaboration between him and the prosecutors.

Another report showed that even after Lula had been eliminated from the running, the right still felt a need to silence him. The report showed how the prosecutors who worked on Lula’s case discussed how to stop an important Brazilian newspaper from interviewing Lula before the elections. On September 28, 2018, Brazil’s Supreme Court had authorized Folha de São Paulo to conduct an interview with the former president. The Intercept report showed excerpts from a Telegram group chat where the prosecutors lamented that an interview with the popular leader so close to elections (10 days before the first round) could potentially improve the prospects of Haddad.

According to the report, the prosecutors in the chat spent a day debating what kinds of actions they could take to block the interview and whether or not such an action would too obviously show a political bias. Prosecutor Laura Tessler wrote “Who knows … but an interview before the second round of voting could help elect Haddad.” Prosecutor Athayde Ribeiro Costa wrote “Mafiosos!!!!!!!!!!!!!!!!!!!!!” in the chat in response to the decision.

Deltan Dallagnol, in a private message to another prosecutor, spoke about how the objective was to prevent the return of the PT and how they would pray for it not to happen.

When the decision by the Supreme court was stayed and the interview avoided, the prosecutors celebrated.

Lula was under investigation from 2014 as part of the ‘Car Wash’ corruption scandal for supposedly accepting a USD $1.1 million in bribes from construction company OAS to pay for the remodeling of a beachside apartment. In July 2017, following a case marred by irregularities and lack of evidence, he was convicted and sentenced to nine years in prison by Moro.

In April 2018, after his petition for habeas corpus was rejected, Moro issued an arrest warrant and Lula subsequently turned himself in to the headquarters of the federal police in Curitiba, where he has been serving his sentence for the past 14 months. Despite his incarceration, Lula and the PT remained hopeful that he would be able to register as a candidate and run in the presidential elections in October 2018. Even after he was in prison, Lula continued to dominate the voter intention polls but ultimately the Supreme Electoral Tribunal of Brazil (TSE) barred his candidacy despite a request by the United Nations Human Rights Council for Brazil to respect Lula’s political rights.

The rejection of Lula’s candidacy was a massive blow to the Workers’ Party and despite a strong campaign waged by Fernando Haddad, originally designated as Lula’s vice-presidential candidate, and Manuela D’Avila from the Communist Party of Brazil, they were unable to mobilize enough votes to defeat Bolsonaro. It later surfaced that Bolsonaro’s campaign used WhatsApp for a massive campaign to spread misinformation and fake news.

Five days after Bolsonaro won the elections, he announced that the same Sérgio Moro would serve as minister of justice. This position has been since expanded into a super ministry as it has acquired new powers with the elimination of other ministries at the beginning of Bolsonaro’s term.

These reports point to a profound political, economic and social crisis in Brazil. While internationally, the ‘Car Wash’ investigation has been hailed as a brave stand against corruption by public officials, this report has helped reveal the truth behind it. The investigation is a selective wielding of the legal system to persecute popular leaders. It marks a turning point in the bending of the system to suit the will of the local oligarchy, capital and imperialist forces who need a neoliberal and pro-imperialist government in place to further their extraction of capital and resources.

In light of the reports, which have confirmed what they have been denouncing for years, movements are doubling down their campaigns to demand Lula’s release from prison.

Read the entire Intercept report below.

The Intercept Report on Bias Against Lula