People across the world have responded with outrage, sadness, and grief to the assassination of Marielle Franco and her driver Anderson Pedro Gomes on Wednesday night in Rio de Janeiro. Marielle Franco was a councilwoman from the Socialism and Liberty Party (PSOL) in the city of Rio de Janeiro, and an activist who opposed the militarization of poor neighborhoods. 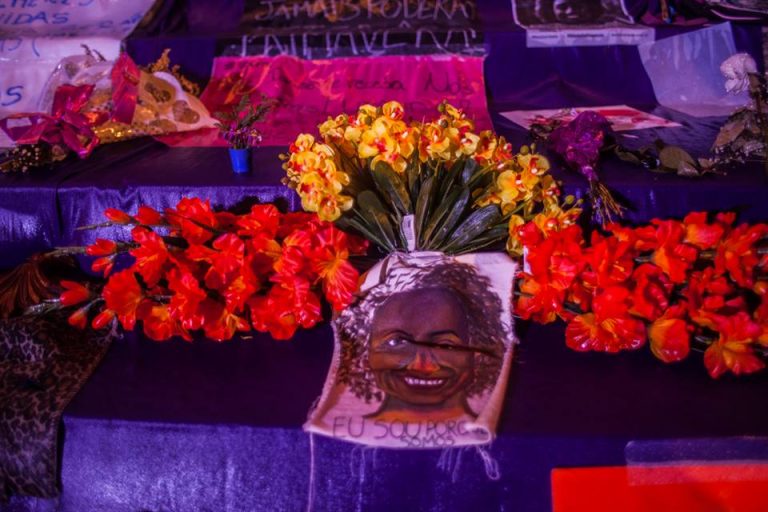 Marielle – a black woman, a lesbian, and an activist – was from Maré favela. She was an ardent defender of the rights of women, black people, LGBTQI people, working class and poor people. Her identity and her political actions threatened the project of the Brazilian government and oligarchy.

News of Marielle’s assassination reverberated across the world, and protests were held in many different cities against the political assassination. The demonstrators demanded justice for her and Anderson, and called for ending the militarization of the city of Rio de Janeiro – one of the cities in the world with the highest rates of violence.

Reports released by Amnesty International and Human Rights Watch have characterized the Brazilian military and civil police forces as the world’s most violent. They were accused of torturing and killing citizens – especially young black men – during arrests.

In February, during the yearly celebration of Carnival, there was drastic rise in crime in the city and three Military Police agents were killed. In response to this and to the growing security problem, Michel Temer, the acting president since the 2016 coup, authorized military intervention in the city, mostly targeting the poor neighborhoods.

The Military Police have been involved in many different cases of human rights violations, execution of young people, mostly black and from the poor neighborhoods (or favelas). The deployment of military forces – which are trained to combat ‘foreign enemies’ rather than to ‘protect public’ – have unleashed a violent repression in these areas.

When Temer declared the measure, Franco was one of the first to speak out against it, saying that it would bring “a false sense of security to the upper class” who think that “things will get better with the soldiers.” She stated that there will be more young black boys assassinated, and that the abuses by the Armed Forces will be judged by Military Justice, whose tribunals will be made up of other military members.

Denouncing the murder of a young person, Matheus Melo, Marielle said, only a few days before her assassination: “Another homicide of a young person at the hands of the Military Police. Matheus Melo was leaving the church. How many more need to die for this war to end?”

She had also denounced the police for the killing of two boys during a police raid in the Acari neighborhood. “What is happening now in Acari is absurd! And has always happened! The Battalion 41 of the Military Police is known as the Battalion of Death. Stop attacking the population! Stop killing our youth!”

Her death is the expression of the extreme racist, sexist, homophobic and violent ideology that currently has gained currency not just in Brazil, but all across the world.

Below are pictures and videos of vigils and protests from across the world.

“The death of Marielle was not in vain. We are going to start a revolution,” was the clarion call across Brazil, where thousands of people took to streets on Thursday and Friday to protest the brutal murder of Marielle and Anderson, and to reject the military occupation of Rio de Janeiro. Marielle’s home city of Rio de Janeiro had crowds of over 50 thousand. There were also protests in São Paulo, Sorocaba, Porto Alegre, Brasília, Salvador, Belo Horizonte, Recife, Natal, Fortaleza, Belém, Manaus, Curitiba, Florianópolis, Juiz de Fora, Londrina, and Campos dos Goytacazes. 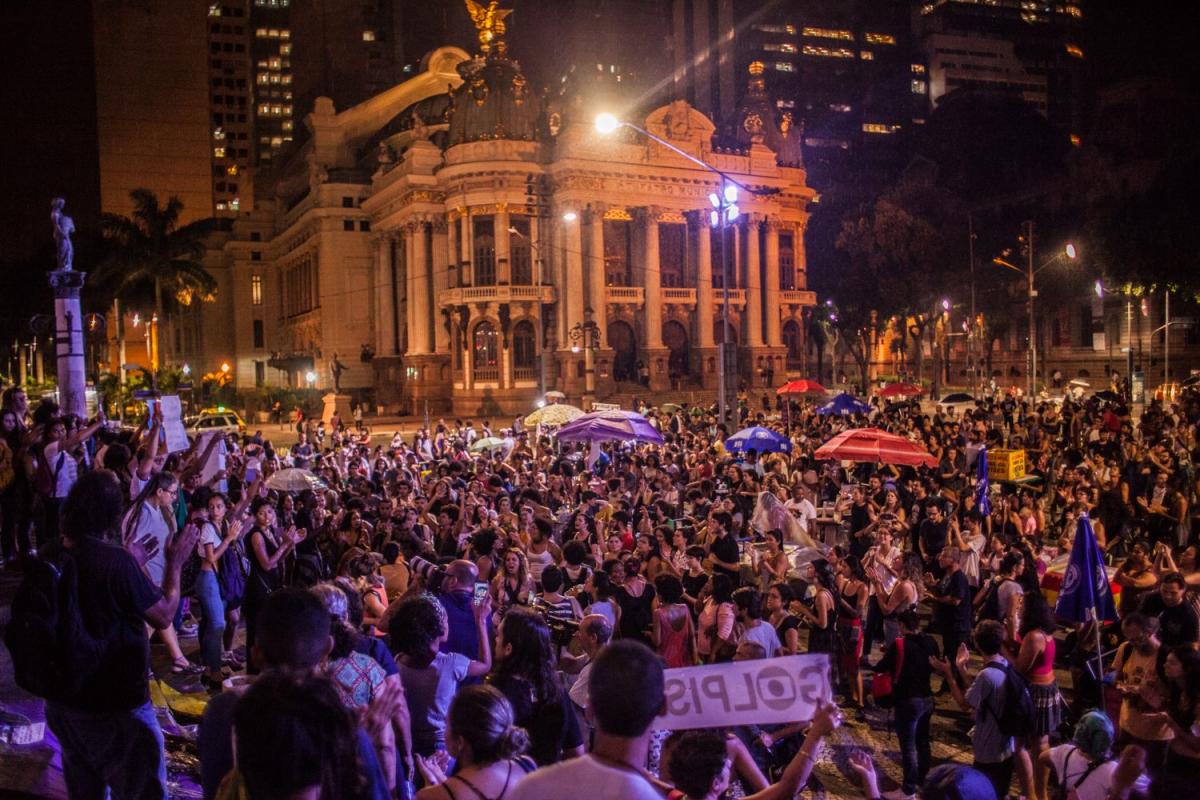 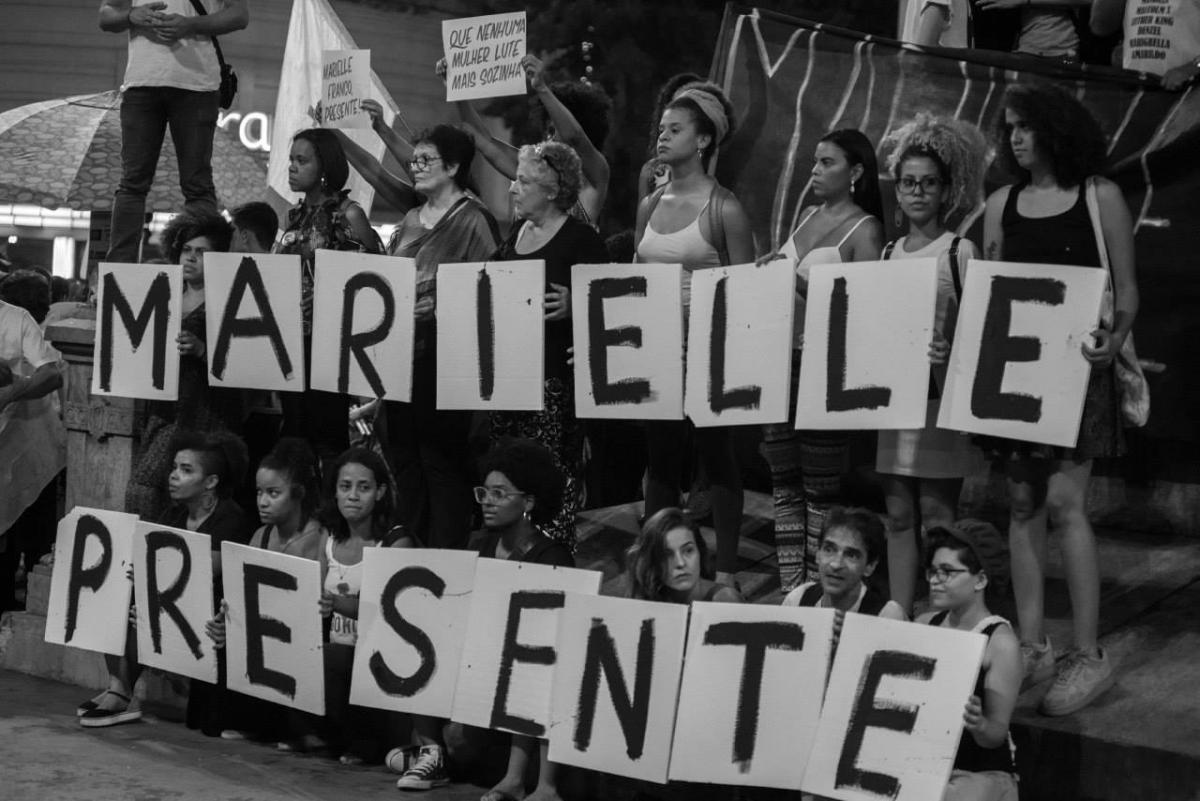 In Argentina, Mothers of Plaza de Mayo denounced Marielle’s assassination in the weekly procession the organization has been holding since 1984 around the plaza in front of the Presidential palace, where they read out the names of the people disappeared and assassinated during the period of dictatorship in Argentina. Later there was a mobilization in downtown Buenos Aires. 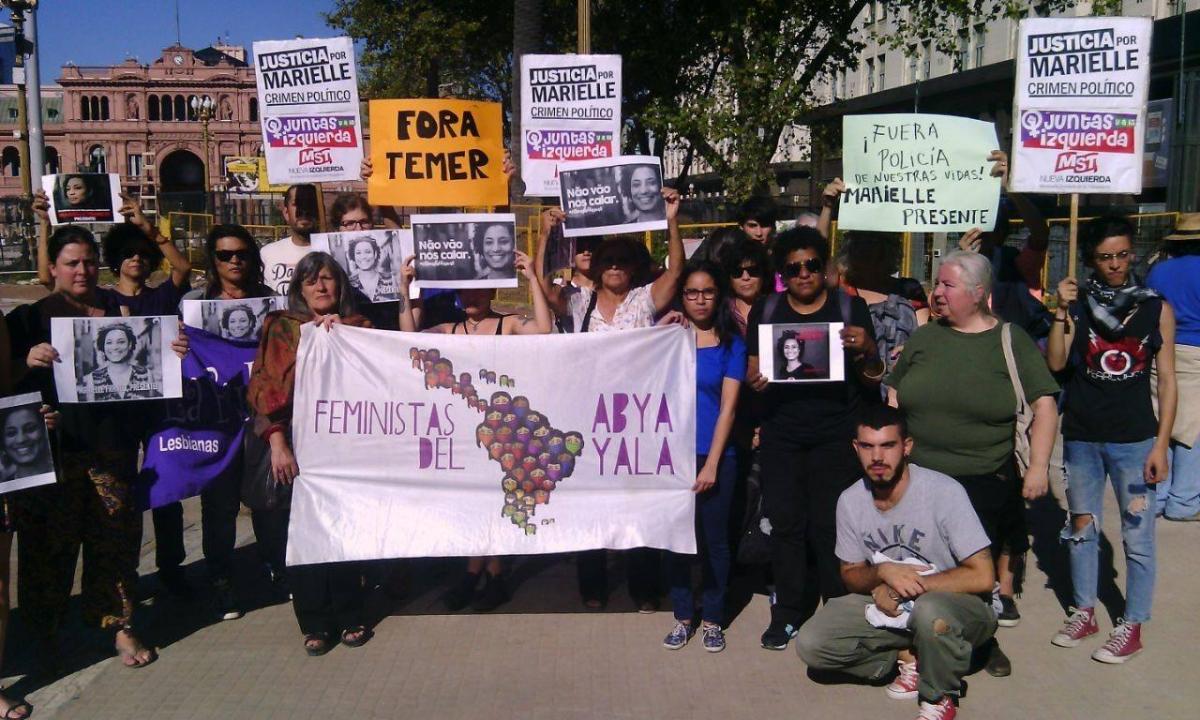 Argentinian activists in the Plaza de Mayo denouncing the assassinations of Marielle and Anderson. 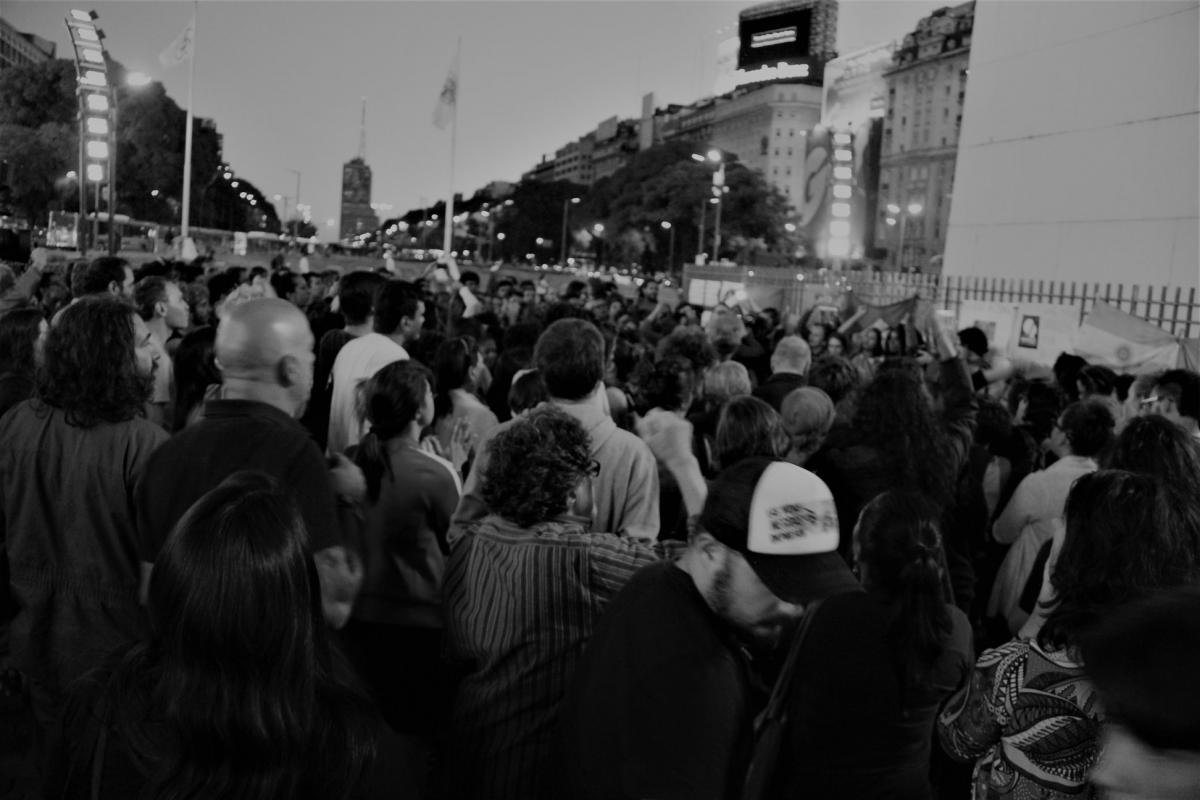 Dozens of people in Montreal took to the streets to show their outrage over Marielle’s murder, and demanded an independent investigation into the killing to ensure there is real justice. 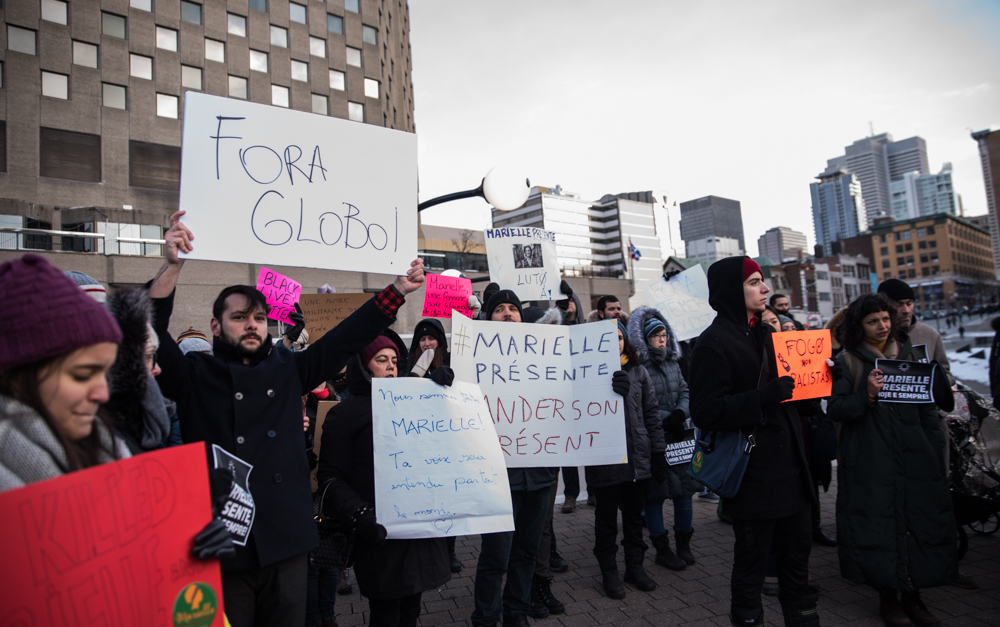 People gathered in the imperialist heartland in New York City and Washington D.C. to demand justice for Marielle. 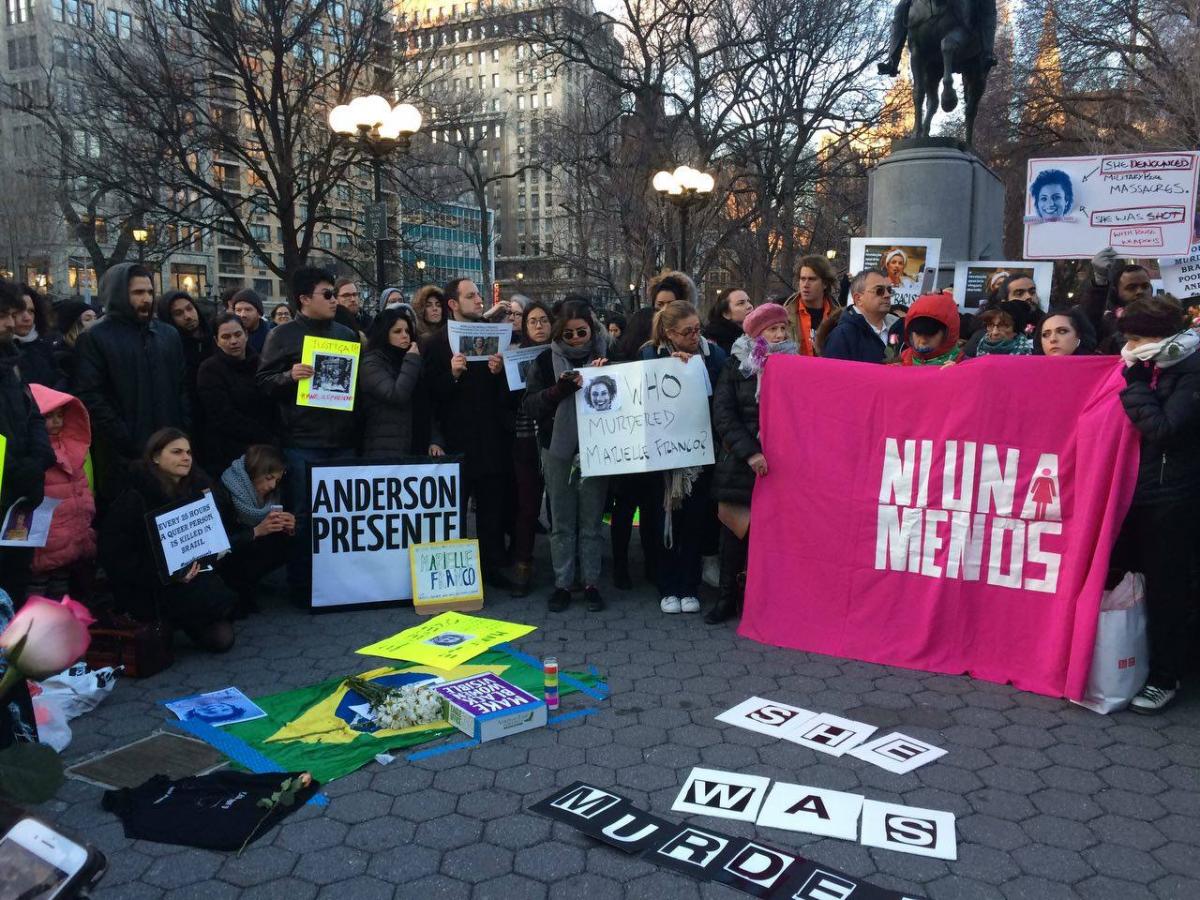 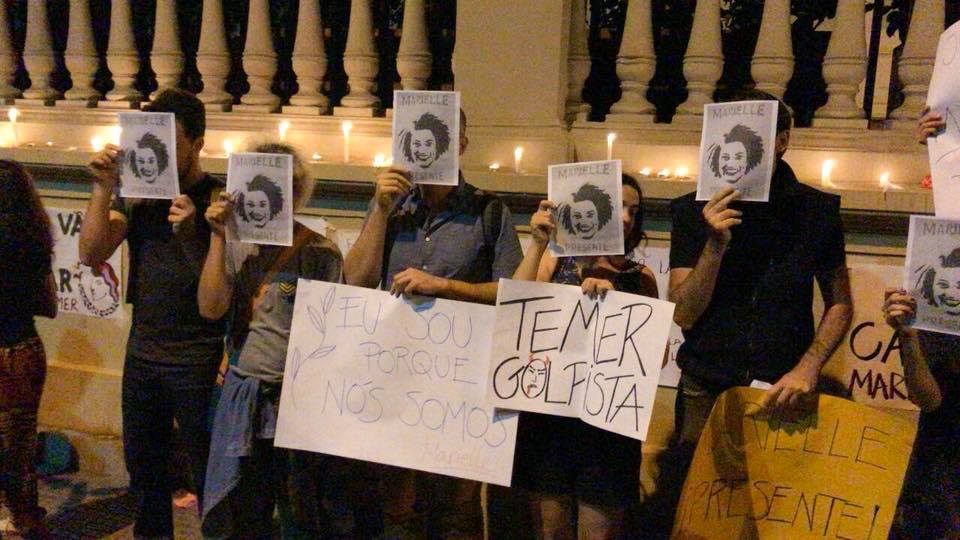 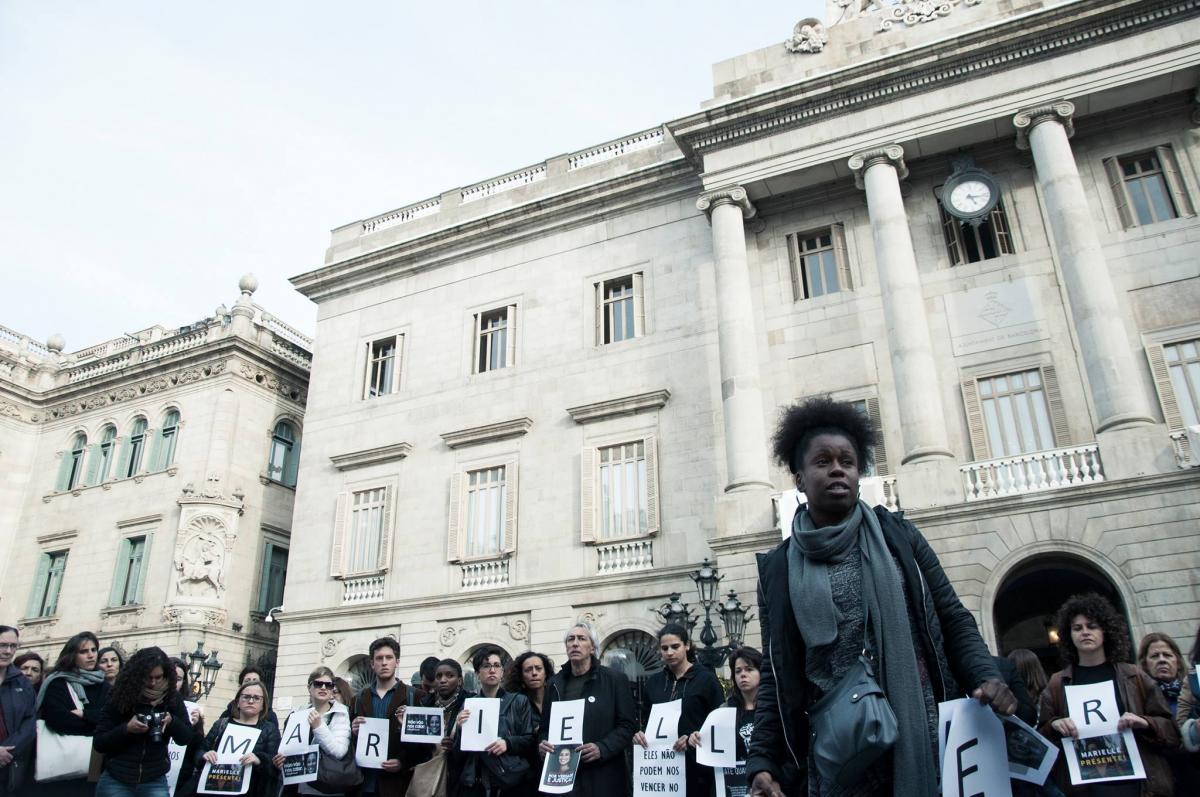 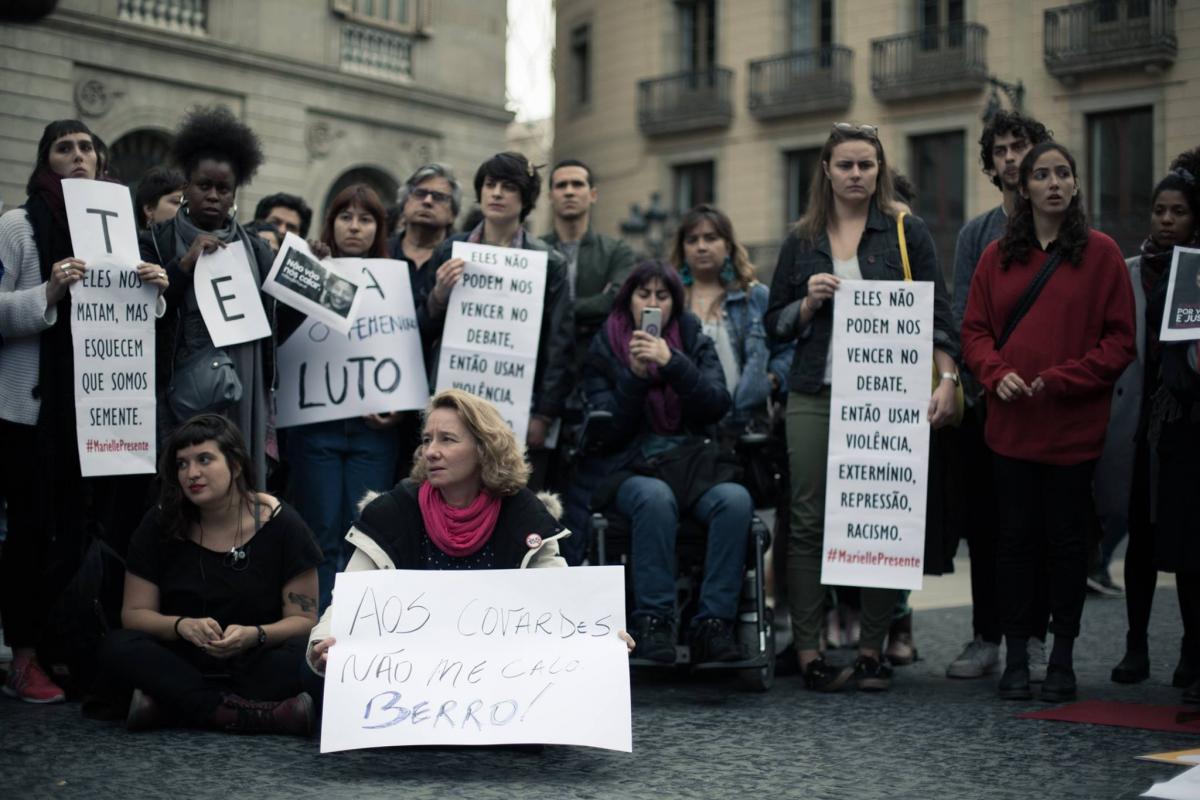 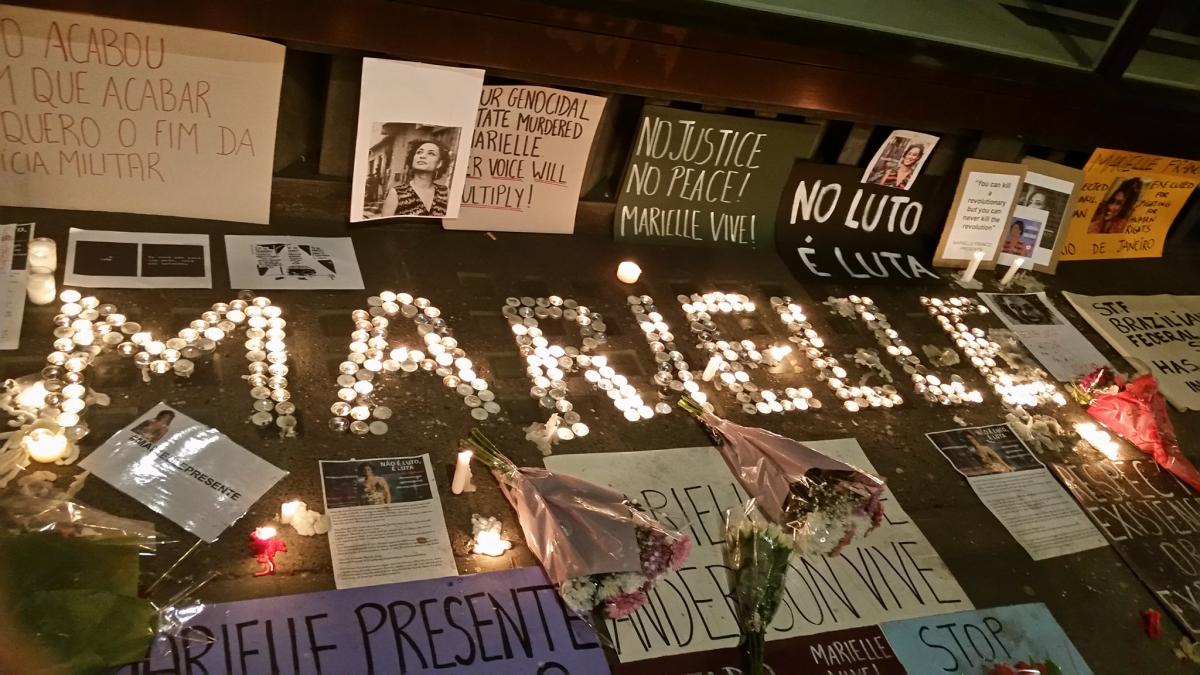