2013: A Negative Balance for Rural Workers 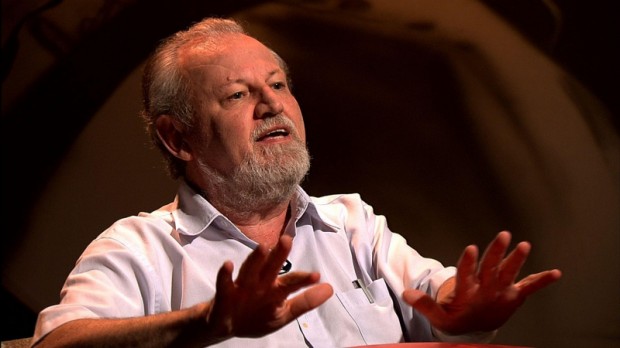 by Joao Pedro Stedile, National Coordination of the MST

It is usual to take advantage of the year-end period, forever doing the critical balance of losses, achievements and progress in the various sectors of activities of our society.

Unfortunately for workers who live in the countryside the balance of 2013 is anything but optimistic. Briefly we could track several defeats that the movement of capital in imposed.

The process of concentration of land ownership and agricultural production continues to accelerate and our natural resources are increasingly concentrated in the hands of fewer capitalists. There was an avalanche of foreign financial capital to control more land, more water, more plants, more agro-industries and virtually all foreign trade of agricultural commodities. And some of them are already buying up the oxygen of our forests, the famous way of carbon credit, then resold in European exchanges to permit Europe to maintain its pollution!

The rural caucus in congress, faithful squire of the interests of capitalists, landowners and transnational companies are, after imposing on us in last year’s defeat of the revision of the forest code, now want to get their hands on indigenous lands and prevented enactment of the law punishing those who still practice slave labor. In addition, they want to release genetically modified terminator seeds, that when replanted, do not germinate and are prohibited worldwide.

In the Dilma government, the hegemony of agribusiness interests is consolidated by the actions of various ministries. In actions against indigenous peoples, they are releasing agricultural poisons, which are banned in most countries, or releasing significant public funds, regulating the transfer and application from national savings credits for agribusiness? In the last harvest were shifted 140 billion dollars of savings from Brazilian farmers to produce commodities for export. Currently, I'm trying to make a quick pass of the revisions in the mining code designed to deliver at once our underground riches to transnational corporations.

And even the positive program of the Lula government, as the PAA (program of advance purchase of food from peasant farmers) is now under heavy pressure from greedy large farmers, with an eye on CONAB [Companhia Nacional de Abastecimento – National Supply Company].

Land reform, understood as measures of expropriation of large estates to democratize the land, is completely paralyzed. The Rousseff administration expropriated less than the last government of the military dictatorship, General Figueiredo. And over a hundred thousand families wait ... languishing in camps on the roadsides!

We had the problem of drought in the Nordeste [Northeast], that struck millions of peasants and killed from hunger and thirst around ten million heads of livestock (cattle, goat and sheep), while U.S. companies took 18 million tons of our corn for to turn into ethanol in the United States .

Projects of irrigated perimeters of the Nordeste still serve as a source of profit for large contractors and delivery of irrigated areas only to businessmen, to the detriment of farmers in the same region.

Advances or positive points, we had very few. We won from the government a national agroecology plan, which will be a milestone. And we move forward with more higher education courses for agrarian reform youth in PRONERA [Programa Nacional de Educação na Reforma Agrária – National Program of Education in Agrarian Reform] and other agreements with universities. And we won the program of more doctors that brought assistance to thousands of Brazilians in rural areas, where no physician from the Brazilian middle class wanted to go.

But perhaps the most important that has happened in the class struggle in the countryside during the year 2013, is to increase the evidence of the contradictions of agribusiness, with its attacks on the environment, with the use of pesticides and the manipulation of food prices. And second, followed by building a broad unity among all rural social movements, for a program of agriculture to be focused on the interests of all of the people.

And in big cities, young people were our voice in call for changes, and a better country . Certainly we will add to them in 2014, demanding political reform and a sovereign constituency, since the ears of the elites and the three powers [executive, legislative and judicial] are still blocked by their stupidity.