Angela Davis in Brazil: The right to live is a basic right and should include land 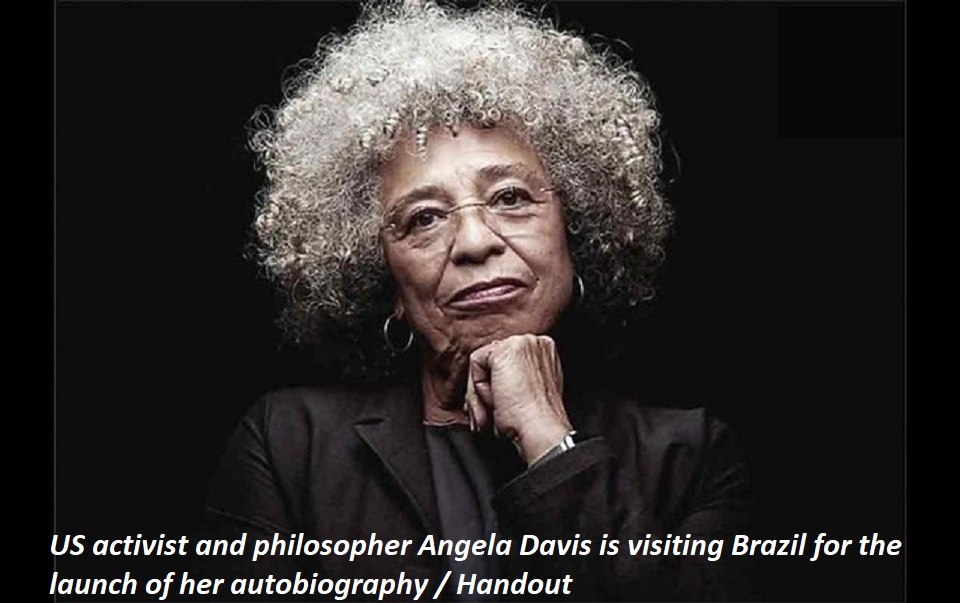 Angela Davis is visiting Brazil at the invitation of the Rosa Luxemburgo Foundation and the Boitempo publisher, for the release of her autobiography, published for the first time in Brazil 45 years after it was originally released in the United States.

Last Saturday (19), the activist attended the seminar "Democracy in Collapse?", organized by her publisher in Brazil, in which she called for the appreciation of Brazilian black feminists like Lélia Gonzalez and Luiza Bairros, and praised the legacy of Marielle Franco, a political activist and councilwoman who was brutally murdered last year.

The author also acknowledged the political imprisonment of former president Luiz Inácio Lula da Silva and of the housing activist Preta Ferreira, who was granted habeas corpus relief on Oct. 10 after being jailed for 100 days.

On Sunday, Davis participated in a meeting at the Florestan Fernandes National School with Brazilian black movement organizations, landless peasants, and people's movement activists, such as the Levante Popular da Juventude. Brasil de Fato also attended the meeting and had the opportunity to sit down with her to speak about land struggles and social movements in Brazil.

The video is available on the front page of this website. The link to the video is HERE.