In a manifesto, MST denounces criminalization and violence in the countryside

It was raining in São Paulo when young people from the MST and the Popular Rising of Youth, 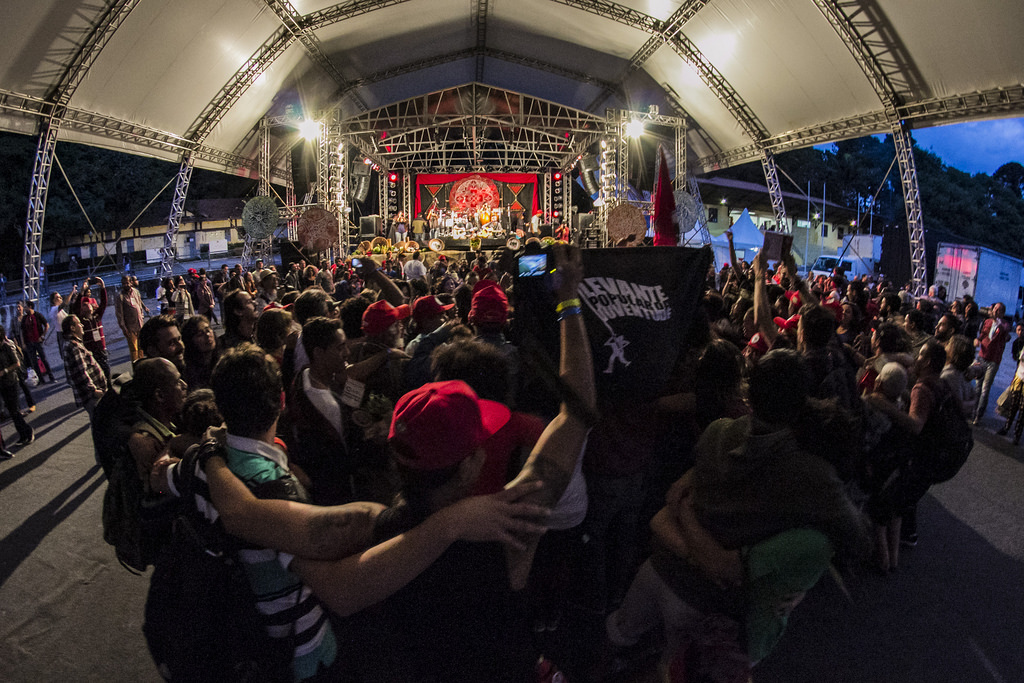 in chorus, repeated several times: "it is a time of war, it is a time without sun," taking the front of the main stage of the National Fair of Agrarian Reform. The intervention served to launch a manifesto against the criminalization of social movements and against violence in the countryside, which was beautiful by the singer Tico Santa Cruz on the night of Friday, May 5, 2017.

The rain in the city, the announcement of the "sunless time" and the tears of emotion of the many who attended the fair, made the launch of the manifesto a moment of denunciation, reflection and affirmation of resistance in defense of the life and struggle of the peoples of the field.

"The coup has liberated the most reactionary and violent forces of the latifundio and agribusiness. The victims? The peasants, the natives, the quilombolas and the workers in general," highlights an excerpt from the manifesto.

The manifesto blames the illegitimate government of Michel Temer (PMDB), allied to the coup and the National Congress, for the murders of indigenous people, rural workers and quilombolas. Only in 2016, according to data from the Pastoral Land Commission (CPT), 61 people were killed in clashes in the countryside, in addition to several families that are threatened with eviction.

The intervention recalled the cases in Colniza, Mato Grosso, where 9 peasants were murdered, the death of an MST militant in Minas Gerais and the criminal attack against 13 indigenous people in Maranhão, all in April.

The act of launching the manifesto, which took place during the cultural activities of the second fair day, ended with the collection of the resolution of the conflicts and with the demand for the realization of the Agrarian Reform and the demarcation of the indigenous lands and quilombolas as a way forward . 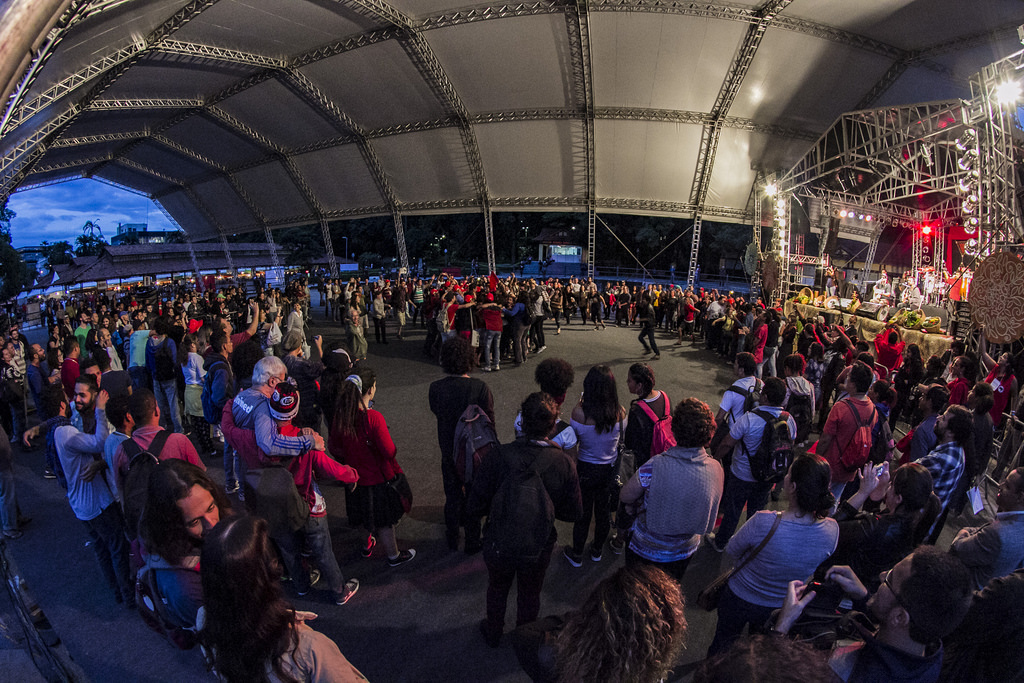 Check below the entire document:

Manifesto Against Criminalization of Social Movements and Violence in the Countryside

The Golpista Government is responsible for the murder of indigenous, quilombolas and landless peoples. The coup against President Dilma Rousseff, promoted by Rede Globo and the National Congress, with the connivance of the Federal Supreme Court (STF) broke the Federal Constitution of 1988 and set up a gang to command the Executive Branch. The coup liberated the most reactionary and violent forces of the latifundio and agribusiness.

The victims? The peasants, the natives, the quilombolas and the workers in general. In the Congress elected by the legalized dirty tricks of the companies, the ruralist group seeks to approve without debating with society, laws that attack social and labor rights, which promote environmental destruction, cover slave labor and delay the demarcation of indigenous lands and quilombolas. Now they want to take away social security pensions from the people of the countryside and turn the wages of salaried workers into payment for food and home.

In the countryside, landowners and agribusiness hire gunmen and bodyguards to kill, arrest, torture, frighten and expel the poor from the land.

In Colniza / MT, on April 19th, in the week that ended 21 years of the Massacre of Eldorado dos Carajás, nine peasants were tied, tortured and murdered with knife blows and 12-caliber rifle shots.

On April 24th, the MST militant from Minas Gerais, Silvino Nunes Gouveia, was killed with 10 shots at the door of his house. On April 30th, in Viana/MA, 13 indigenous people were injured by the criminal action of the bodyguards of the latifundio.

Is it a coincidence that this violence took place in the very same month that, on March 3, federal deputy Jair Bolsonaro, in a lecture at Clube Hebraica/RJ, distilled his criminal verbiage to attack indigenous and quilombola communities? He defended ending the Indian reservations and quilombos. Previously, in Paraíba he had promised lead (bullets) to the Landless.

There has been an escalation of violence that has been increasing in numbers and intensity since last year. According to the Pastoral Land Commission (CPT), in 2016 were 61 people killed in field conflicts, the highest number since 2003. At that time, there are several areas under threat of eviction and permanent tension.

We denounce the situation of the families who reoccupied their own lands that had been stolen by Cabral/Eike in Batista, in São João da Barra/RJ.

In Limoeiro, Ceará, there is an irrigation project of the DNOCS occupied by 400 families under threat of eviction from DNOCS itself. In the region of Montes Claros/MG, hundreds of families are joined by bodyguards armed by the farmer, denounced for corruption by MPF.

In several states, we have comrades unjustly imprisoned for the "crime" of fighting for the land, held without any trial, and others resistant to imprisonment without the right to live in freedom. We blame the coup government for these crimes committed. Instead of taking action to punish the criminals, the Temer government is concerned to pardon the landlord's debts so as not to lose support in Congress and the position he has usurped and not sit in the jet-launderer's dock (i.e. facing corruption charges). It threatens, even with a project that authorizes the sale of our lands to foreign capital.

We blame the media under the leadership of Rede Globo, which criminalizes the popular movements of the countryside and indigenous peoples, creating a climate that legitimizes police repression and the armed militias of the landowners. This behavior also provokes violence against popular urban movements, as happened in Goiânia, Rio de Janeiro and São Paulo, during the General Strike.

We blamed the Judiciary and the Public Prosecution, as classists, selective in their actions, partisan and with a clear bias elitist and prejudiced against the poor population of the countryside.

We will continue to fight for Agrarian Reform in our country and in defense of the demarcation of indigenous lands and the quilombola population.

For a People’s Land Reform that guarantees land for work, respect for nature and healthy food for all people!