On September 7, the social movements will go to the streets against neo-liberal “reforms” and withdrawal of rights

Cry of the Excluded in the Federal District defends Out with Temer, democracy and national sovereignty. Mobilization will begin at 8:30 am, in front of the National Museum. 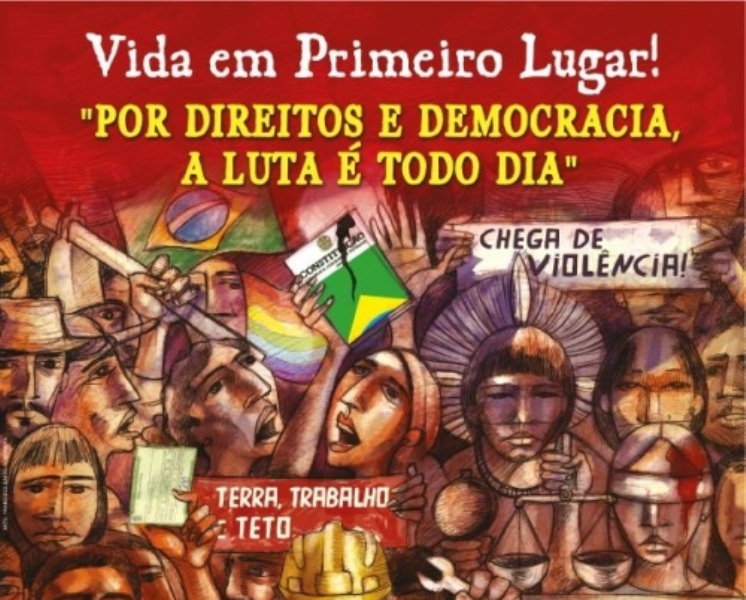 The Independence Day will be marked in the Federal District for another edition of the Cry of the Excluded. From the social pastoral initiative of the Brazilian Bishops' Conference (CNBB), popular movements, civil society organizations and activists will take to the streets to remember that celebrating the country's independence only makes sense with sovereignty, development and the guarantee of rights and dignity for the population.

This year, among the central demands of the Grito [Cry} are the defense of public welfare, the annulment of the Labor Reform and the fight against the privatizations of Eletrobras and Petrobras. In addition to demanding Out with Temer, the movements also advocate a political reform with effective popular participation and are contrary to the proposal of the so-called Distritão, under analysis in the National Congress.

The water crisis in the Federal District, caused by a model that privileges capital - such as agribusiness, which appropriates 80% of the country's water resources - and penalizes mainly the poorest, will also be the object of protest.

On September 7, the meeting for the march will begin at 8:30 am, in front of the National Museum, with the presence of local artists and a cultural program. The march will leave at 10 am on the Esplanade of the Ministries, until the National Congress, in the opposite direction of the official military parade. For the organizers of the Cry of the Excluded, in a coup context, a strong popular protest against the official parade and the Temer government becomes even more necessary.

"Brazilian society is becoming more perplexed in the face of the profound ethical crisis that has led to political and economic decisions that, taken without the participation of society, imply loss of rights, exacerbate situations of exclusion and penalize the poor Brazilian people. (...) We encourage, once again, people of good will, particularly in our communities, to mobilize peacefully in defense of the dignity and rights of the Brazilian people," the CNBB said in an official message released on September 1.

About the Cry of the Excluded

The Grito was born with the objective of responding to the challenges raised at the 2nd Brazilian Social Week, held in 1994 by the CNBB, whose theme was "Brazil, alternatives and protagonists", and to deepen the theme of the 1995 Brotherhood Campaign. motto "It was you, Lord."

Always held on September 7, with its various modalities, the Grito is built with the participation of Christian communities, social movements, social pastoral and civil society organizations, which reconfigured the date of independence as a day of struggle of the Brazilian people for the construction of a popular project for Brazil that includes all of them. Throughout its 23 years, the Grito has recorded and pointed the way of the struggle in important and decisive moments of the history of the Brazilian people.

September 7 is the arrival point of the mobilization. The Grito is a basic work process that this year, in the Federal District, occupied all the month of August and beginning of September, with activities in the communities, parishes, schools, realization of pamphleteering, actions of agitation and propaganda and conversational wheels . The motto of the 23rd edition, of 2017, is "By right and democracy, the struggle is for every day".