We Are All Venezuela – João Pedro Stedile 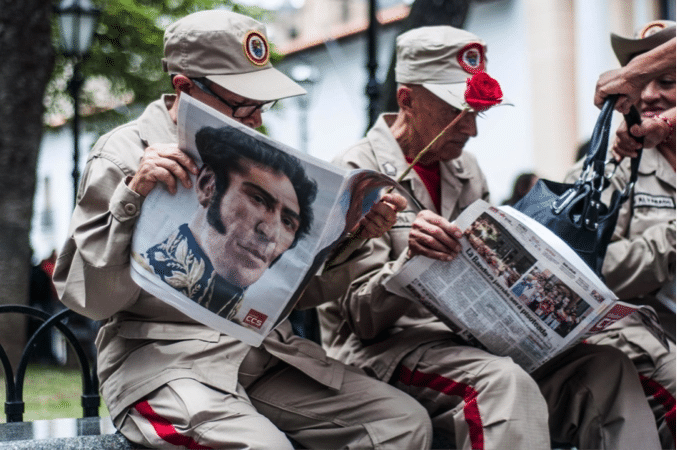 media regarding the situation in Venezuela. Allegations range from its government being dictatorial to mass exodus of its people, to starvation of the population and daily violence by the police against citizens on the streets.

Let’s look at the facts. Since Chávez took office through elections in 1999, 18 elections were held in Venezuela. Only two of them were lost by the government. The right-wing opposition governs three major states. This country held more direct elections than any other throughout its history.

Around 30 thousand Venezuelans migrated from their country to Colombia and Brazil. But there are currently 3 million Colombians and over 15 thousand Haitians living in Venezuela.

Venezuela is a big country, which imports its food, and those who import are private companies and the government. Never in its history did Venezuela spend so many dollars in food imports as it does now.

From April to August 2017, the right-wing adopted an Ukrainian tactic based on instilling fear and causing chaos to ultimately make a coup, by attempting to divide the armed forces and call for a foreign military intervention! They adopted the most varied forms of social and physical violence, following the CIA manuals step by step. Everything was carried out by lumpen youth and mercenaries, who were paid in dollars. 95 people were killed in this process. Five were killed by the armed forces and 90 were chavistas murdered by the right.

The government’s response was convening an election to appoint a broad committee to reform the Constitution, and thus reconstruct the social pact. The majority of the people of Venezuela supported this initiative and the voter turnout was massive: even though voting was not mandatory, over 8 million people attended the polls—the largest participation in the last 20 years. With the Constituent elections, the people defeated terror and the Ukrainian tactic.

The opposition withdrew their mercenaries from the streets and now they are going to participate—with their Euros and dollars—in the gubernatorial elections, next October 22.

But the Empire didn’t idly stand by, and Donald Trump threatened Venezuela with an economic and naval blockade and a military intervention! Good heavens! The blabbering emperor doesn’t know the Venezuelan people, nor Latin America, nor international law. These threats managed to strengthen even further the alliance between the armed forces and the Venezuelan people. And a military aggression would lead millions of workers of Latin America to mobilize in defense of Venezuela.

Deep down, the dispute is not over Maduro’s government. The dispute is over the oil rent, which was illegally appropriated by US companies throughout the 20th century, and by a minority of Venezuelan oligarchs who lived like maharajas! And that is over.

The duty of all militants, of all upright people, of all social movements and left-wing parties, is to defend the people of Venezuela and the Bolivarian Revolution.

Or to declare oneself to be on the side of the Empire and of their mercenary allies inside Venezuela!

In Brazil, over 60 people’s movements and political parties have joined in the Brazilian Committee for Peace in Venezuela, to demonstrate and support peace in that country in every possible way.

The putschists, their press and some opportunists continue to vomit lies as if they had moral authority to criticize the governments of other countries.

But history doesn’t fail, and future generations will know they were mercenary putschists at the service of foreign capital.