The headquarters of Social Security in Belém was also occupied to denounce the pension reform and the coup government of Michel Temer. 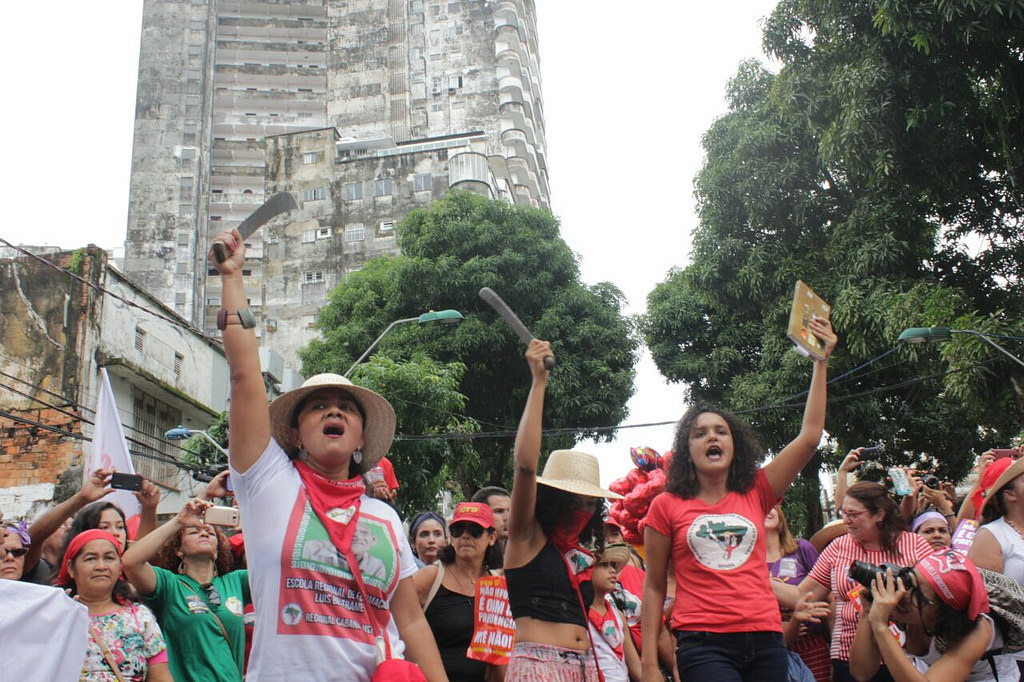 In addition, in the morning they occupied the building of Social Security in Belém to denounce the counter-reformation that directly impacts the lives of women.

"We are on the streets all over Brazil fighting for agrarian reform, against pension reform, machismo, violence against women and the government of Michel Temer," says Carla Lagóia, a militant of the MST.

The action organized by the Feminist Front, composed of several women's organizations, will march against the pension reform, against racism, for ending violence against women, religious intolerance, among others. The march follows to the Market of the View the Weight where it will close with great political act. 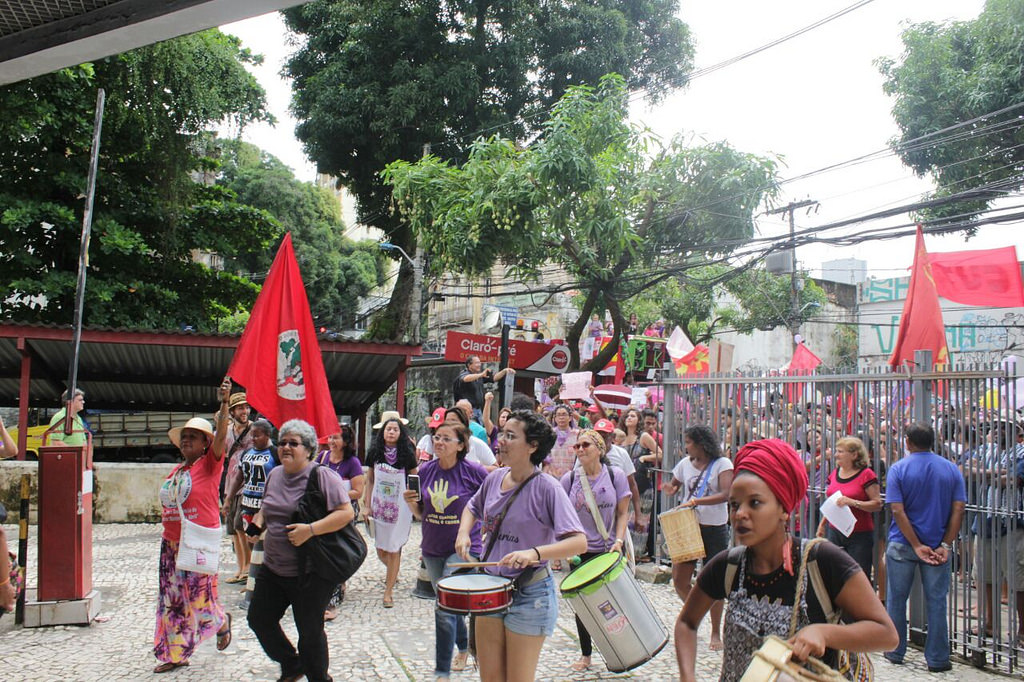 The Sem Terra women's journey of struggle that takes place all over Brazil has as its theme:

"We Are All Awake, Against Capital and Agribusiness. No right to less!" have been denouncing agribusiness, transnational corporations, environmental impacts, threats to food sovereignty, and the illegitimate government of Michel Temer.

In Pará, the women of the MST unite in struggle and resistance in the face of the advance of capital in the Brazilian countryside that directly affects the lives of peasant women. They will participate in the actions in Belém and Marabá.