On April 22, 2012, in conjunction with the International Day of Peasant Struggle, Occupy the Farm activists occupied 10 acres of land in the East Bay known as the Gill Tract and planted 15,000 seedlings.  The public land, administered by the University of California, is classified as Class 1 agricultural soil.  The university had plans to sell the land to a private developer.  In May, the University of California Police Department (UCPD) sealed off the tract, cut off water and prevented UC Berkeley Professor Miguel Altieri, who has conducted research on the Gill Tract for 31 years, from entering.

On July 7, 2012, urban farm activists re-entered the Gill Tract to harvest crops planted earlier in the spring.  As of this date, the activists are continuing to access the land. 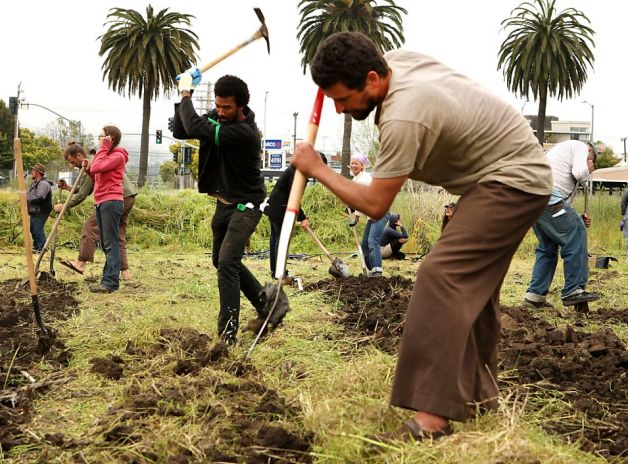 For copies of the press releases on the occupation of the Gill Tract, click of the PDF below.