On April 9, 2012, as part of the commemoration of the International Day of Peasant Struggle, the Washington DC Chapter of the FMST, in conjunction with Amazon Watch, marhed on the Brazilina Embassy.  On Apil 9, Dilma Rousseff, president of Brazil, was meeting wth President Barack Obama at the White House.

The march had four demands:

1. An end to rural violence and impunity for the perpertrators of violence

3. For a veto of the revised Forest Code by President Rousseff

4. For an end to the mega-dam projects, such Belo Monte, in the Amazon 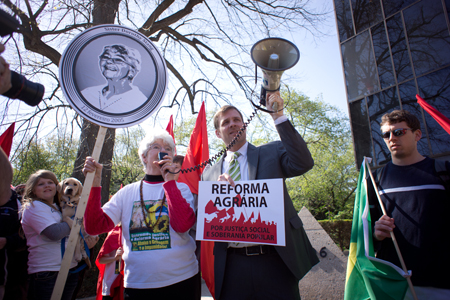 For more photos and stories on the Demonstration in Washington DC, click HERE.

On June 20, 2011, the Friends of the MST joined with Amazon Watch, Amnesty International and other groups in protesting against the 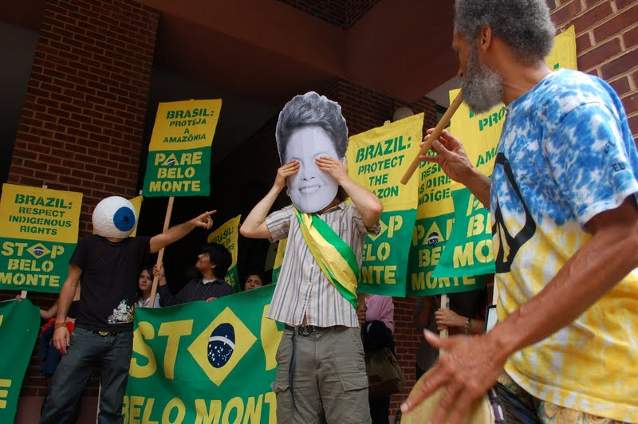 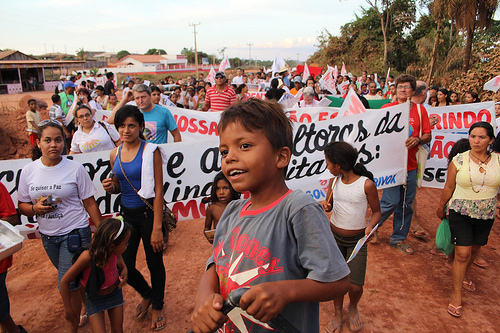