Agroecology in elections: movements act to broaden debate on the topic 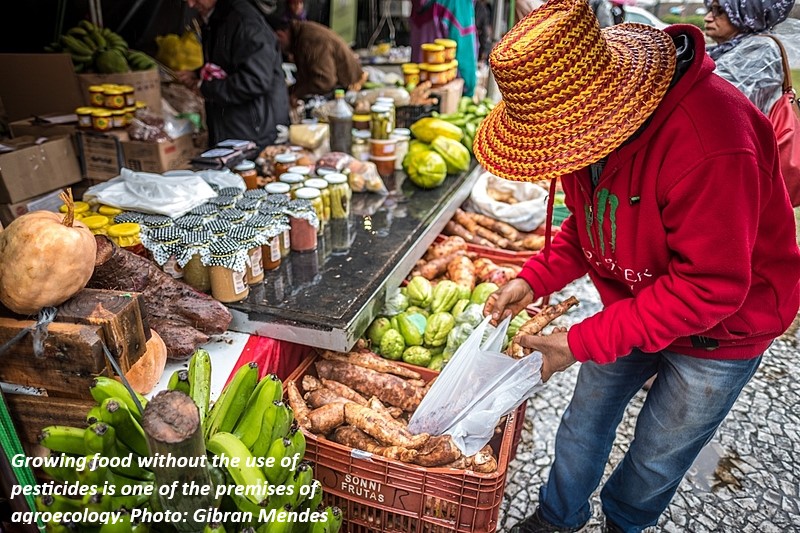 Agroecology defense movements work on a survey of policies related to the theme in states and at the federal level to qualify the debate throughout the electoral period. The objective is to list ideas that are already in practice and that can serve as inspiration for candidates, even after the elections.

An analysis of the dismantling of important measures for the sector observed during the government of Jair Bolsonaro is also underway.

According to agronomy engineer Flávia Londres, who is part of the Executive Secretariat of the National Agroecology Articulation (ANA), the action is part of the drive to project the agroecological agenda, not only among those who will run for political office, but also for the population in general. .

“These experiences have to be known, they can inspire debate and can inspire the creation of new actions from the next mandates and legislatures. We are listening to the movements and leaderships that are articulated in ANA for the construction of this proposal document. We hope that this can also be a contribution to our mobilization processes.”

In order to expand the space on the agroecology agenda, in early June, the articulation had already released a commitment letter with recommendations for the construction of policies, which has been delivered to candidates. The document aims to build responses to the environmental crisis and the increase in hunger in the country.

“We have proposals, analyses, data and information, but we know that the visibility of these proposals is still small. It is a challenge for us to communicate this to society more broadly and in fact place the issue of agroecology on the agenda and agenda of candidates. There are historically committed politicians, but there are also candidates who are from the popular field, but still do not defend the agenda in depth. The intention is to influence the debate, put the agroecology agenda in evidence and win support from society in defending these proposals”, points out Flávia Londres.

Among the points listed in the commitment letter, the agrarian question is a key element. According to specialist in agroecology and rural development, Paulo Petersen, who works at ANA's Executive Nucleus, the debate on agrarian reform has been forgotten even in the progressive field and it is essential to bring the subject back to fight structural inequality in Brazil.

“Agribusiness took agrarian reform off the agenda and a good part of the progressive field has not discussed the issue, because they believe that it no longer makes sense. Not to mention just the peasantry issue, we live in a time of climate change. Agrarian reform is an absolutely essential measure if we want to have civilization in the future. We're not just talking about food, we're talking about another relationship with nature. Agribusiness is destructive, it is expansive, it has no brakes and it advances over biomes,” he warns.

The researcher points out that the commitment letter also raises the need for policies to support peasant family farming “in an agroecological way”, social participation and democratization of the State. The document also highlights themes such as feminist and anti-racist struggles and the recognition of popular culture as an engine of change and solutions.

Agroecological movements also aim to resume spaces for debates, councils and commissions that can provide dialogue between civil society and public authorities. Those who work in the area are unanimous in pointing out that, after the coup against President Dilma Rousseff and throughout the Jair Bolsonaro government, these mechanisms were dismantled and extinguished.

“It was in these spaces that we were able to contribute to the improvement and construction of very important policies. We can mention here, as an example, the National School Feeding Program (PNAE), the Food Acquisition Program (PAA), the National Policy for Technical Assistance and Rural Extension (ATER), policies in the field of socio-biodiversity defense, of Creole seeds. Policies that we had the opportunity to contribute to the creation and improvement of this idea of ​​dialogue, participation and collective construction”, lists Flávia Londres.

The great expectation of the initiative is, in fact, to implement abandoned policies and put new solutions into practice after the election. According to Paulo Petersen, in recent years the participation of civil society in this process was completely impossible.

“The federal government itself insisted on closing the spaces for dialogue. But society did not stand still because of this. A lot of action took place. These are actions that are very invisible, occur in territories and have to do with the construction of new economies. When we talk about solidarity, we are not talking about a value moved at the time of crisis. Solidarity is a permanent value of a society that wants to be fair, democratic and sustainable”, concludes the researcher.