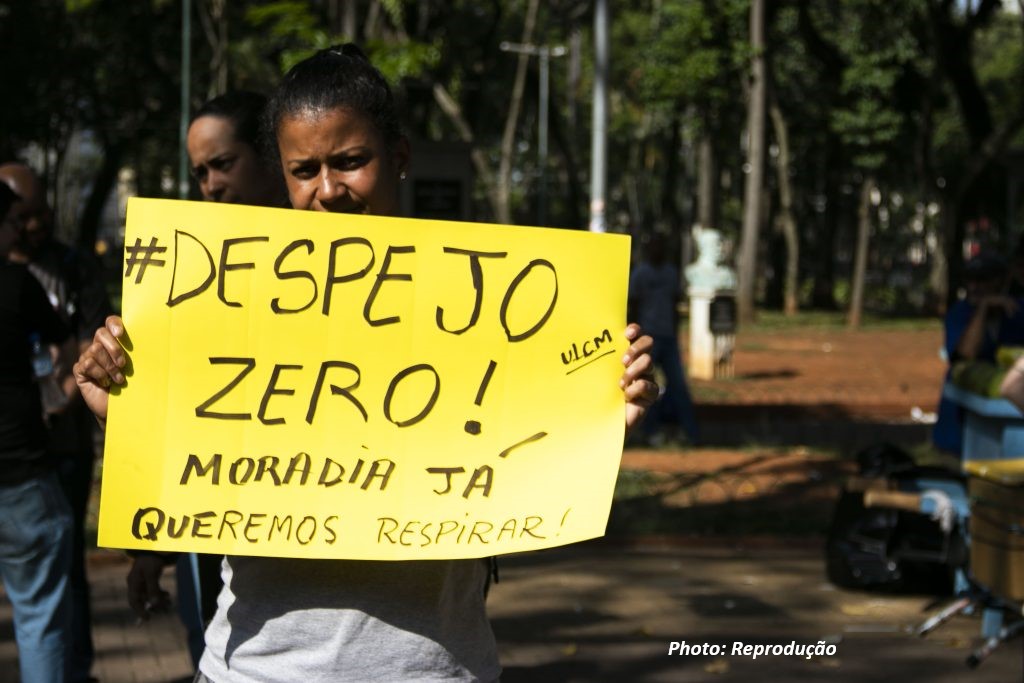 After a long journey of struggles by popular movements from the countryside and the city around the Action for Noncompliance with Fundamental Precept (ADPF) 828 to prevent a flood of evictions across the country, the STF minister responsible for the demand, Roberto Barroso, created a regime of transition to the issue. Barroso rejected the request for a temporary extension of the suspension of the evictions, but granted the merits of the matter, ordering the creation of special commissions in the courts to monitor each reintegration.

“It is a partial victory because it establishes a transitional regime for the resumption of repossessions, observing the conditions established in the decision, especially this one of creating commissions in all Courts of Justice (TJ) and Federal Regional Courts (TRF), to carry out acts of mediation and guarantee the right to housing and a dignified life for these families in any removal process”, explains Diego Vedovatto, from the MST's Human Rights Sector. “The courts will now have to adapt”, points out Vedovatto.

The expectation is that commissions that already exist will not only be “pro-forma”, only legitimizing eviction processes, but will actually be composed of judges, members of the Brazilian Bar Association (OAB), the Public Ministry, public defenders and ensure that families have permanent housing before being removed from any area. The National Council of Justice itself must create a body to monitor this transition.

The decision was judged in an Extraordinary Virtual Session of the Plenary of the Superior Federal Court (STF) this Wednesday, November 2, being countersigned by the majority of the ministers. In the decision, it is also highlighted that collective removals of vulnerable people must be carried out with the prior knowledge and hearing of representatives of the affected communities, as well as being preceded by a reasonable minimum period for eviction.

For the lawyer and member of the Human Rights Sector, it is a moment of victory, albeit partial, due to the limits of the decision. “The center of the struggle moves to the states and we leave the pandemic agenda to focus on the right to housing. We need to politically influence the TJ and TRF so that they create or adapt the commissions and these fulfill their role of guaranteeing fair mediation for the target population of evictions. If any judicial or administrative order or these commissions do not follow the conditions of the Supreme's decision, it is possible to complain directly to the STF”, concludes Vedovatto.