Barroso extends ban on evictions in Brazil until October 31

In the decision, the STF minister highlighted an increase in cases and deaths from COVID-19 in the country in recent weeks. 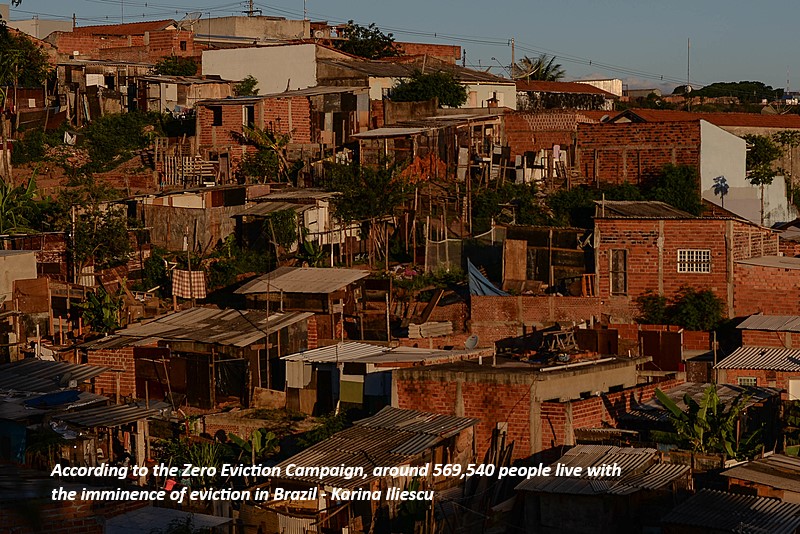 Forced removals in the country are suspended until October 31 this year. The decision of the Minister of the Federal Supreme Court (STF) Luís Roberto Barroso, made official this Thursday (June 30), ensures that, during this period, the 142,385 thousand families threatened with eviction in the country can remain in their homes.

In the document that formalized the extension of the deadline, Barroso recalled that, after a period of decline in the rates of the pandemic, this June there was a new upward trend, with the moving average of deaths approaching 200 in the country and the number of cases higher since February.

Despite the extension, which will be judged by the plenary of the STF in an extraordinary hearing, Barroso warned that it will be necessary to establish a “transition regime” to resume the execution of removals, and said that responsibility lies with the legislature, not the STF. However, he said that “in case of omission” the Supreme Court may return to rule itself on the subject.

In the decision, the minister requested the subpoena of the Union, the Federal District and the states, as well as the presidency of the Courts of Justice and the Federal Regional Courts, responsible for judging eviction actions.

For movements, ban on evictions is historic

A member of the coordination of the Landless Rural Workers Movement (MST) in São Paulo, Gerson Oliveira participated in discussions with the team from Barroso's office. For him, the “transition regime,” mentioned by the minister in this Thursday's decision, needs to be very well thought out.

For Rud Rafael, from the national coordination of the Homeless Workers Movement (MTST), the ban on removals appears as “a landmark in the defense of human dignity in the context in which Brazil finds itself.”

The risk, in his view, was that the eviction of around half a million people in Brazil “would generate a social upheaval even greater than the crisis that is posed today.” To illustrate the scenario, Rud highlights the fourth wave of the COVID-19 pandemic, the high inflation, the 33 million people going hungry and the growth of the homeless population.

“In a context in which the conflict over land in Brazil is getting worse – the brutal murder of Bruno Pereira and Dom Phillips shows this – it is necessary to resume the debate on urban and agrarian reform in the country,” defends the activist.

“The pandemic has further exacerbated the social, economic, class, and racial difference in our society. In the city of São Paulo alone, more than 30 thousand people live on the streets. In this winter period, the situation is very critical, people die from the cold, because they have nowhere to shelter and eat,” added Gerson Oliveira.

:: Hunger spreads in Brazil: 6 out of 10 families do not have full access to food ::

This is the third time that the suspension of evictions - a decision taken within the scope of ADPF (Arguição de Descumprimento de Preceito Fundamental) 828 due to the covid-19 pandemic - has been extended. First determined in June 2021, this time its term was scheduled to end this Thursday (June 30). 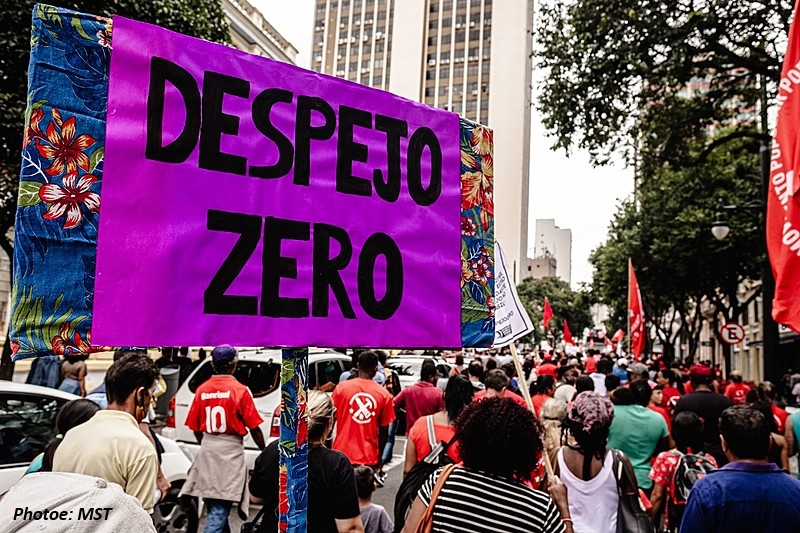 A broad mobilization of social movements pressured, with street acts, interventions on social networks and meetings with ministers and parliamentarians, for the deadline to be extended.

The Zero Eviction Campaign included the Landless Rural Workers Movement (MST), the Popular Fight Movement, the Popular Brigades, the MTST, the Union of Housing Movements (UMM), the Popular Movements Center (CMP) , the Movement for Struggles in Neighborhoods, Towns and Favelas (MLB), and the Front for the Fight for Housing (FLM).

In a note, the MST states that “far from being a specific or legal issue, evictions in Brazil are a structural problem in the countryside and in the city.”

Although the systemic problem has not been solved, the approximately half a million people - among them, 97 thousand children and 95 thousand elderly people, according to the Zero Eviction Campaign - will be able to start the month of July with the guarantee that they will remain with a roof over their heads. over their heads.