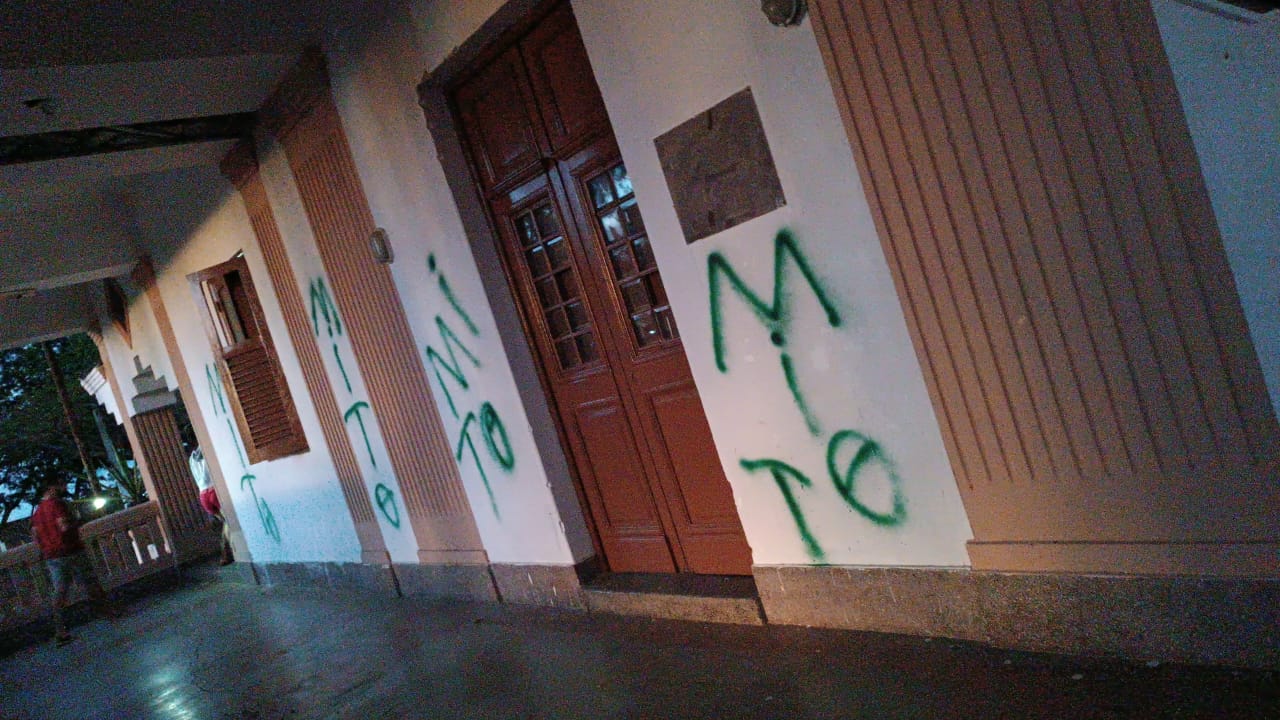 Bolsonarista invasion had swastika, “myth” and fire against CFPF

At dawn this Saturday (11/12), the Paulo Freire Training Center, located in the Normandia settlement, was attacked by a group of bolsonaristas. Initially four people were seen, with yellow shirts, enjoying a very noisy vaquejada party, taking place in the Vaquejada Milanny Park, which is located in front of our Settlement. At three o'clock in the morning, the Bolsonaristas invaded the downtown space and spray-painted several collective spaces with the symbol of the Nazi swastika and the name MITO.

In addition, the Bolsonaristas broke into and set fire to the center's coordinator's house. With the fire, the activists who maintain the Center, were alerted and managed to put out the fire. The house however was partially burned, mainly the beds, roofs and belongings.
It is not the first time that the Paulo Freire Training Center has been attacked. In 2019, in the first year of Bolsonaro's government, an eviction action was filed against our space, which fortunately was barred by an extensive network of solidarity from Brazil and other places in the world. Since then, the lawsuit has been stopped, awaiting INCRA procedure, which, depending on the pandemic, has not yet been carried out. We hope to resolve it definitively, as soon as the new federal government takes office.

We are very sorry to have to make this report, as we have left a polarized and fierce electoral journey. Brazil and the Brazilian people called for attitudes and commitment to rescue democracy, the constitutional precepts of the democratic state of law and an energetic stance against hunger, violence, hatred and all kinds of prejudice. Bolsonaristas were defeated in the elections, but a minority, driven by intolerance, prejudice and class, race, and gender hatred, did not accept the results of democracy and are trying to impose a third round on us.

Fortunately, this time no one was hurt, the material damage is dealt with, but once again the lesson remains, that we cannot “let our guard down”. We must keep alert to protect our structures and guarantee Lula's inauguration on January 1st. Until then, high alert. To care for and protect our structures and our leaders against the wrath of hatred and prejudice and intolerance of fascist groups.

Against every type of hatred and intolerance, we will win!
Abraços
Leadership of the Movement of Landless Workers -Pernambuco