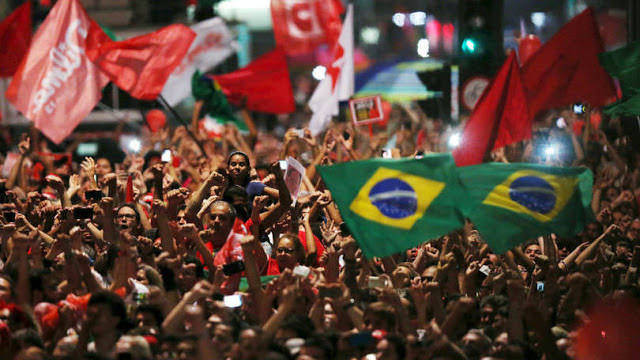 order in Brazil, defend national sovereignty, deal with the economic crisis, revert the destruction of the state and protect the rights of the working class.

The prerequisite of these measures is to put an end to the putschist government that is ruling the country after the coup that overthrew President Dilma Rousseff—by electing a new Head of State and establishing a government that represents the progressivist and democratic people’s political forces.

The democratic exit we propose presupposes the anticipations of the 2018 Presidential elections to 2017. This is the first step in order to create a broad and persistent political dispute that creates a correlation of forces that enables us to call to a Constituent National Assembly. This Assembly will re-establish the Rule of Law and make structural democratic reforms.

This is the core of the People’s Emergency Plan, which constitutes an alternative to confront the crisis the country is going through due to the unpatriotic, unpopular and authoritarian agenda of the putschists.

These measures shall be immediately implemented by a new government that is democratically chosen through the vote of the people.

The goal of our proposals is to revert, in the shortest period of time possible, the economic, social and political numbers caused by the putschist government.

And they are connected to the structural reforms that are necessary to break away from the model of dependent capitalism that has caused, among other effects, the impoverishment of workers (especially females and Afro-Brazilians), the loss of sovereignty and the economic recession, while at the same time concentrating profit, riches and property in the hands of a few.

The liberation of urban and rural workers from their exclusion is linked to the struggle for a plan of development for sovereignty, emancipation, sustainability and relations with other South American countries.

It’s about implementing a national development plan to strengthen national economy, for its autonomous development, while confronting the inequality of wage and property as the fundamental bases for the reconstruction of Brazilian economy, for the recomposition of the internal market, national industry, the financial well-being of the state and national sovereignty, a social model based on democracy and well-being.

The Brazil Popular Front also works to deepen dialogue and unity amongst democratic and progressivist currents, strengthening and broadening alliances to defeat the conservative command that took the leadership of the Republic by assault.

This Plan is, therefore a proposal that is open to discussion with Brazilian society and a part of the collective effort of the Brazil Popular Front, which seeks to unify all democratic and progressivist forces to defeat the current government and build a new grassroots coalition to give masses the power to be the active subject of History.