With 15 votes, five requests for diligence and two abstentions, the National Technical Commission on Biosafety (CTNBio) approved on the 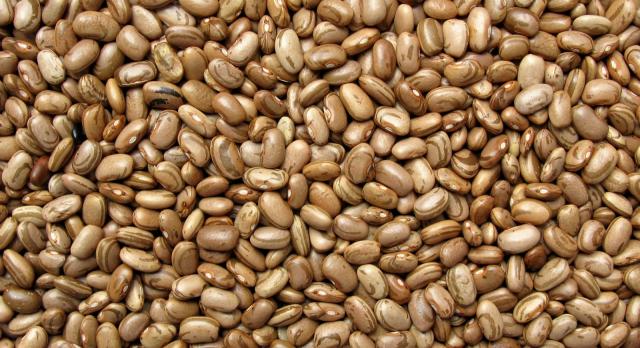 The request for release of the variety, resistant to golden mosaic virus, was made in December 2010 and has since become the focus of disagreement within the scientific community, government sectors and civil society organizations.

If, on the one hand, some argue that the genetically modified beans present economic and environmental advantages such as reduction of losses caused by viruses transmitted by whiteflies and the reduction of pesticide application; on the other hand some argue that there has not yet been developed sufficiently satisfactory studies on the impact of this technology on human health, and possible threats of genetic contamination of conventional beans and agricultural seeds through pollination.

At the beginning of the fifth session before the vote, the agronomist José Maria Ferraz, a professor at Federal University of São Carlos and a member of the Commission, presented a study of controversial aspects about the new technology. Among them is the insufficient assessment of the toxicological consequences of transgenic beans on human health. According to Ferraz, the studies lacked morphological and histological analysis of animals submitted to a diet with genetically manipulated food.

Another question refers to research done that refers to changes in vitamin levels between the transgenic and conventional beans. "We have found nutritional differences in the genetically modified," he said.

"As food, beans are composed of a number of other things in our intake. We do not give a value I the statistical difference that Jose Maria gives," argued Professor, Federal University of Pernambuco Paulo Andrade, who is also part of the Commission.

"My final opinion is a request for due diligence of the material for these points that have been clarified satisfactorily are presented in order to guarantee the principle of precaution. We are not throwing stones at Embrapa; we are providing a service to a company so important, that this is indeed an innovative and secure event, “said Ferraz.

The representative of the Ministry of Health, Pedro Binsfeld, also asked for the postponement of the vote. "I understand that some adjustments need to be in the process to the completion of the process and purpose of biosafety. We must work with security guidelines."

Gabriel Fernandes, an agronomist and technical advisor NGO AS-PTA [Family Farming and Agroecology], present at the vote, assessed the possible consequences of the release. "We can expect that soon, there may be a new virus resistant to this technology. This is the first transgenic plant developed with viral particle. Significantly to think that the federal government agency in health reviewed the project and did called for more research. The information needed for proof of biosafety was not presented. "

For Leonardo Melgarejo, who represents the Ministry of Agrarian Development in the Commission, it is necessary to carry out further studies on the subject. "On one hand, this topic is being discussed in the absence of representatives of family farms, worker health and consumers. What technical justification do we have for denying a topic for further studies so important? “He said elements of the genetic makeup of transgenic soya were not fully reported to the members.

"The placement of the Lord is one way you see. Everyone participated in the discussions and we will decide by majority vote. Votes are open, we are a democracy, as you are fond of saying," said the chairman of the Committee, Edilson Paiva, before starting the vote.

The request for diligence generated by Ferraz’s opinion was defended by five commissioners. Another 15 voted for the release and two - including the representative of the Ministry of Science and Technology, Carlos Nobre - abstained.

Francisco Aragão, an Embrapa researcher responsible for developing the technology, believes the new variety will increase the production of beans in the country, reducing import duties and, consequently, prices. "We know that one to three white flies can generate 100% loss in two weeks. We hope that the price will decrease each year with increased production."

Jose Maria Ferraz already alert to the fact that farmers must pay royalties to use the seeds to become hostages of the businesses. "The family farm, which is the largest producer of food in the country, may be harmed by being charged royalties, especially from the partnerships that Embrapa has established."

According to Aragon, Embrapa will not charge royalties for GM beans, but the companies that will profit from the variety it. "Embrapa will provide the seeds for seed producers, royalty-free. Seed producers will obviously sell to farmers, and those who buy will use the way they want, "he explains.

Also according to Aragão, where there are no legal impediments, the GMO beans are expected to begin production in 2014.

The organizations that question the release of genetically modified beans now think about the next steps of the clash. "We've done two complaints in the prosecutor’s office and are not discounting the possibility of joining in court with a Public Civil Action," says Ana Carolina Almeida, lawyer for the NGO Terra de Direitos.