In defense of life, MST warns of the dangers of the agribusiness model

Special reports deal with the serious impacts generated by the use of agrochemicals in the production of food for the health of the consuming population, rural workers and the environment. 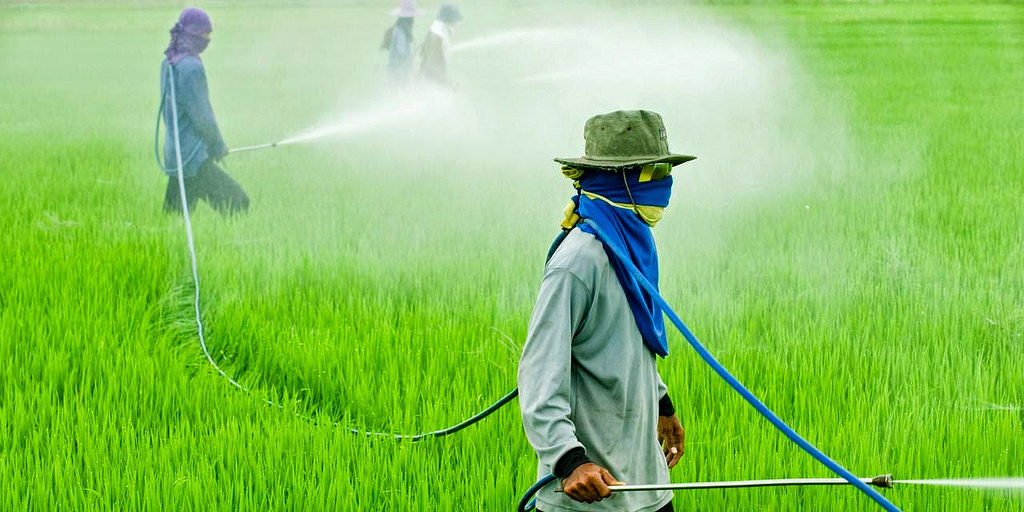 For each activity carried out by the MST, the subject of agrochemicals is approached with the objective of alerting society about the dangers of the agribusiness food production model for the health of the Brazilian people and the environment.

In this sense, and on the occasion of the 2nd National Fair of Agrarian Reform, which was held between May 4 and 7, 2017, in the Parque da Água Branca, in São Paulo, the MST set of special reports "Agrochemicals in Brazil: Impacts and popular resistance," as a way of pointing out the importance of healthy food production and consumption, as well as understanding the process of political interests involved in this context.

In addition, the special paper addresses the serious impacts generated by the use of agrochemicals in the production of food for the health of the consumer population, rural workers and the environment, as well as resistance movements to the agribusiness model and the construction of an agroecological model. 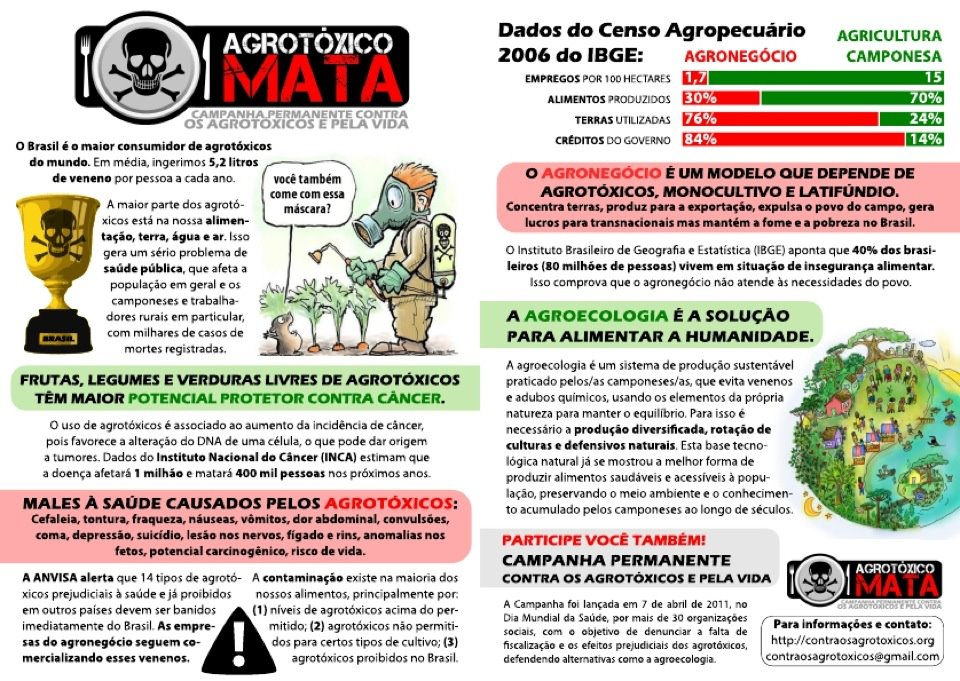 In the face of the setback of workers' rights, after the coup d'état in 2016, the first report addresses Michel Temer's illegitimate government initiatives to benefit agribusiness, such as PL 3200/2015, which Chamber of Deputies, known as the 'Poison Package', which seeks to make registration rules more flexible and facilitate the release of new poisons to be used in food production.

Since 2008, Brazil has become the largest consumer of agrochemicals in the world, and therefore, more than ever, the MST will continue to inform the population and expand its spectrum of struggle against the destructive model of agribusiness, and the union of and the city in defense of the People’s Agrarian Reform.