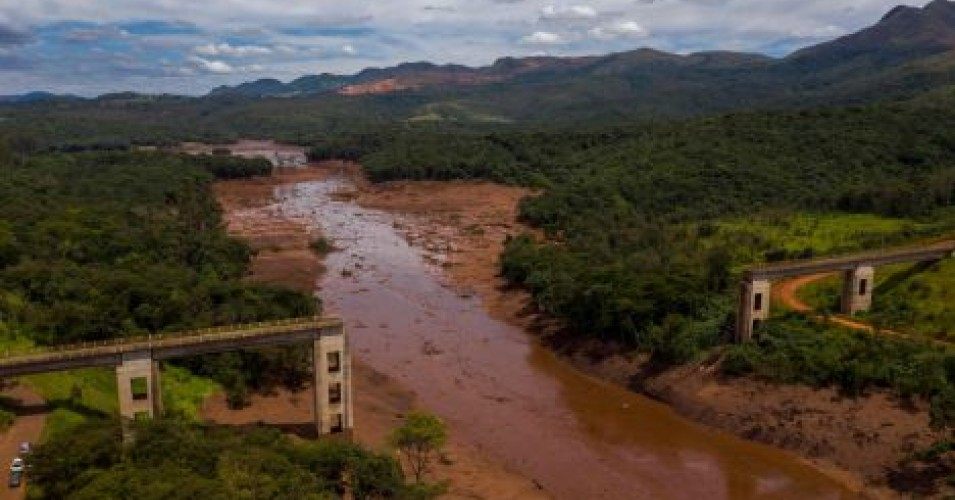 On January 25, 2019, a dam burst in the town of Brumadinho, north of Rio de Janeiro, Brazil. The dam was built by the iron-ore company Vale to store residue after the iron ore had been extracted. Once the dam began to crumble, it did not take long for its 13 million cubic meters of iron waste to sweep down onto the workers and into their town.

Approximately 300 people have been killed in this disaster. Many more have been injured. Within four hours of the breach, the sludge had swept down into the Paraopeba River, threatening to pollute the entire region’s water.

Accidents That Are Not Accidents

It is difficult to focus attention on these disasters, which are not really disasters. On April 18, 2018, nine months before the dam was ruptured, Vale admitted in an internal document that the dam was weak and that its collapse would cause a large loss of life. It mentioned the fact that in the sludge’s path was the workers’ cafeteria. The dam burst just after noon. Workers were in that cafeteria eating lunch. They took the first brunt of the mud’s force. This is what had been predicted by Vale’s study, which was leaked to the press after the disaster.

It is also what Brazil’s Mining Agency had found last September. It said that the dam had a “low risk of rupture,” but that if the dam went, it would have a “strong impact” in terms of loss of life and environmental damage. The agency had obviously miscalculated regarding the chance of rupture but had been correct in terms of the impact.

Vale, a Brazilian firm whose market capitalization is at $77.4 billion, is one of the world’s largest producers of high-quality iron ore. Last year, Vale announced record profits from its sale of iron ore. The Chinese economy has slowed down, which means Chinese firms are more circumspect when it comes to sourcing iron ore. Vale produces low-impurity iron ore, which produces less pollution and allows steel mills to improve their blast furnace productivity. This is why Vale has seen an increase in its sales and its profits. Warnings about dam ruptures and other accidents were not going to interrupt the flow of money into Vale’s coffers.

The Brazilian government has hastily gone after local-level managers, but it has not touched senior management including Fábio Schvartsman, one of the most powerful Brazilian businessmen. Two years ago, the UN Environmental Program and the Norwegian foundation GRID-Arendal did a study of mine failures and found that most of them gave sufficient warnings and that these warnings could have led to prevention of the disasters. “The tragedy,” they wrote in their study, “is that the warning signs were either ignored or not recognized by under-resourced management.” It is these “under-resourced managers” who often hold together the undercapitalized mines that are pushed hard to produce more to increase the firm’s overall profits.

Policy is not set at the level of the mine, but from the boardrooms. No one like Schvartsman, however, is going to pay the cost. People like him will stand alongside the Brazilian President Jair Bolsonaro and cry crocodile tears. There will be no real reform of the system, since any real reform would undermine the economic and political power of men like Schvartsman.

Brumadinho lies squarely in Brazil’s sacrifice zones. Living in these zones are people who are being treated as disposable—people whose land is being destroyed as corporations drive their giant excavators to tear into the earth and to leave the soil polluted and the landscape destroyed. The large corporations have declared a war against the planet, their machinery digging deeper and deeper to make mountains of profit for the few as many millions of people perish into starvation and disorientation.

The sacrifice zones are in every country, from the lands on which live Native Americans in North America to Adivasis in central India. No tree is safe, no stream is to be left alive.

As long as the newspapers keep Brumadinho and Vale in the news, the corporations will keep their heads down. Vale has already been forced to stop its operations at the Brucutu mine, the second-largest in Brazil after Vale’s Carajás—the largest iron-ore mine in the world. But all this is temporary. Vale knows that business will proceed once the tears have dried.

Not far from the Carajás mine, Vale has vast concessions to extract copper, gold and manganese—putting it at odds with nature and the local residents, the Kayapo community. In 2015, the Kayapo community asked a professor from the Federal University of Pará to measure the water in the Cateté River. The professor—Dr. Reginaldo Saboia de Paiva—found shockingly elevated levels of iron, chromium, copper and nickel in the water. The polluted water is what the Kayapo community must use, even as it poisons them. They live in a sacrifice zone. They are being sacrificed so that Vale can make its fabulous profits.

The capacity of the Kayapo to take on Vale and the Brazilian state is negligible. President Bolsonaro has appointed General Franklimberg Ribeiro de Freitas to run the indigenous affairs agency (FUNAI). Neither Bolsonaro nor Franklimberg has any care for the survival of the Kayapo. Policy will support the bulldozers and the heavy diggers, the mining and the agro-business corporations. There is money to be made, nature and people be dammed.

The firms know that. Franklimberg had been on the advisory board of Belo Sun, a Canadian mining firm with its tentacles in Brazil. Belo Sun is not the only Canadian mining firm to operate in Brazil. Most of those with their machines deep into Brazilian earth are from Canada—Barrick Gold, Reunion Gold, Kinross Gold, Jaguar Mining, Largo Resources, Emerita Resources, Equinox Gold, Yamana Gold and Leagold Mining Corporation. Along with the British firm Anglo American and the Australian firm Mirabela Nickel, these firms take a pause each time there is a disaster and then proceed all guns blaring into the sacrifice zones.

If you are confused by Canada’s role in the Lima Group that seeks to overthrow the government in Venezuela, pause and read about the Canadian companies that are tearing South America apart.

The Brazilian Solicitor General André Mendonça went to the town of Brumadinho and said that Vale must change its behavior. Vale said that it would cooperate with the authorities and it would provide support for the families who had been affected. The right noises have been made. There will soon be silence. And then the sound, once more, of the engines from the 793F CMD Caterpillar 240-ton trucks as they carry iron ore away from the mine, away from the sacrifice zone.