Thursday, May 6, 2021
Brazilian Politics Society and Economy
Oppression of MST and Social Movements
Info Source:
By Coletivo LGBT Sem Terra | From the MST Page | Edited by Fernanda Alcântara | Translated by Friends of the MST (US) | original URL: https://mst.org.br/2021/05/06/lindolfo-campones-gay-e-sonhador-presente/

Profile of Lindolfo, born in a peasant community called Coxilhão de Santa Rosa- PR, formed by small farmers and another victim of LGBTFobia 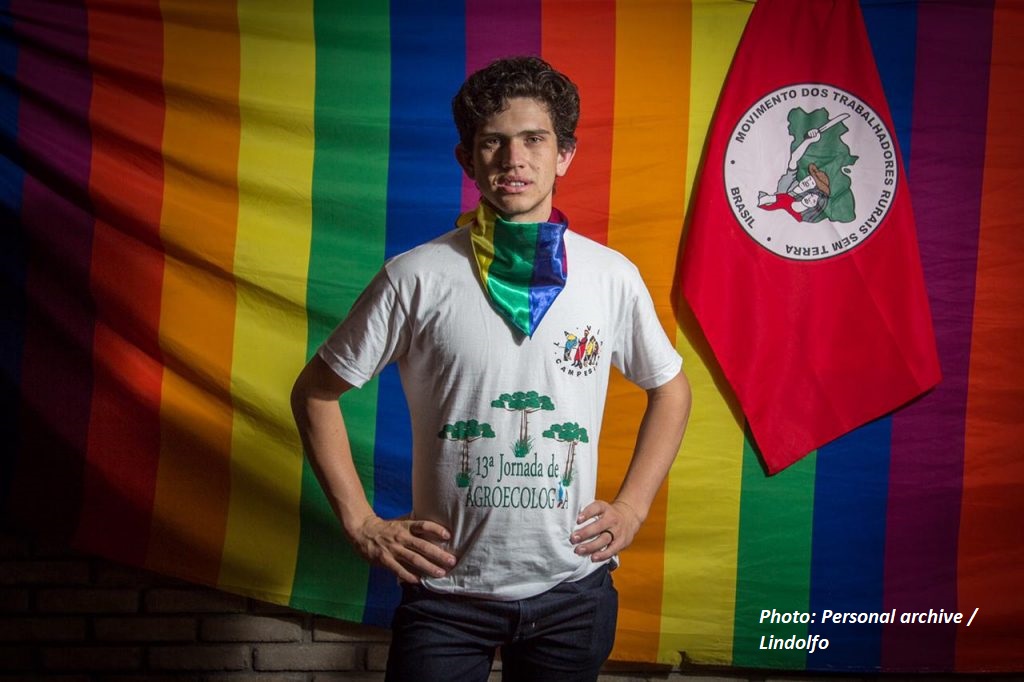 Lindolfo was born on September 11, 1995, in the municipality of São João do Triunfo, in the State of Paraná, in a peasant community called Coxilhão de Santa Rosa, formed by small farmers. Lindolfo was the son of Adolpho Osvaldo Kosmaski (83 years old) and Rosinei Luci Pereira, peasants who, despite knowing how to read a few words or write their names, taught their 6 children the love of the land, the importance of dedication to study and the essential dream of a dignified life. 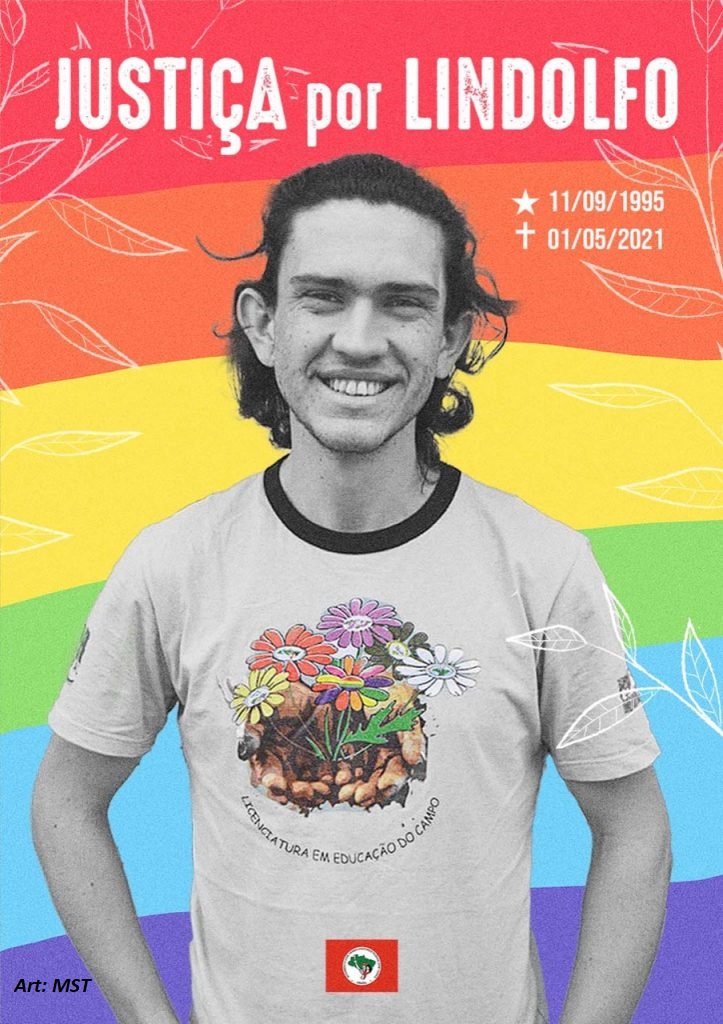 Lindolfo grew up in the countryside, learning from the community the values ​​of solidarity and humility. Being the eldest of the children, he took care of his brothers and sister from an early age. He studied at a rural school, one of those that are fundamental to an agricultural project that addresses the needs of the people. At the age of 7, he entered the 1st grade at the Municipal Rural School of Coxilhão de Santa Rosa, which was very close to his home. He studied there until the 3rd year, when he was transferred to another school, due to the closure of the previous one. He studied until the fourth grade at the Escola Rural Municipal Manoel Ferreira de Andrade, in a neighboring community of Coxilhão do Meio. Subsequently, he transferred to Colégio Estadual Francisco Neves Filho, at the headquarters of the municipality of São João do Triunfo, where he remained a good part of his adolescence. 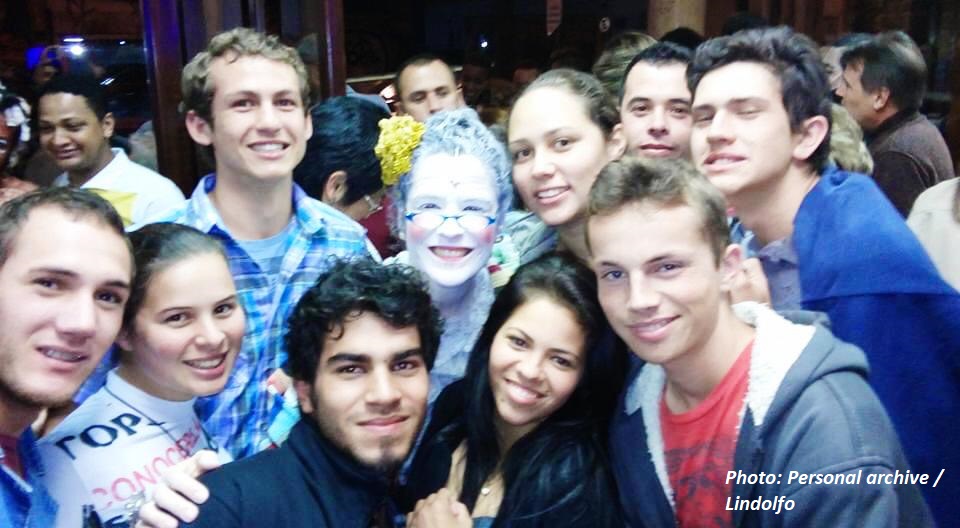 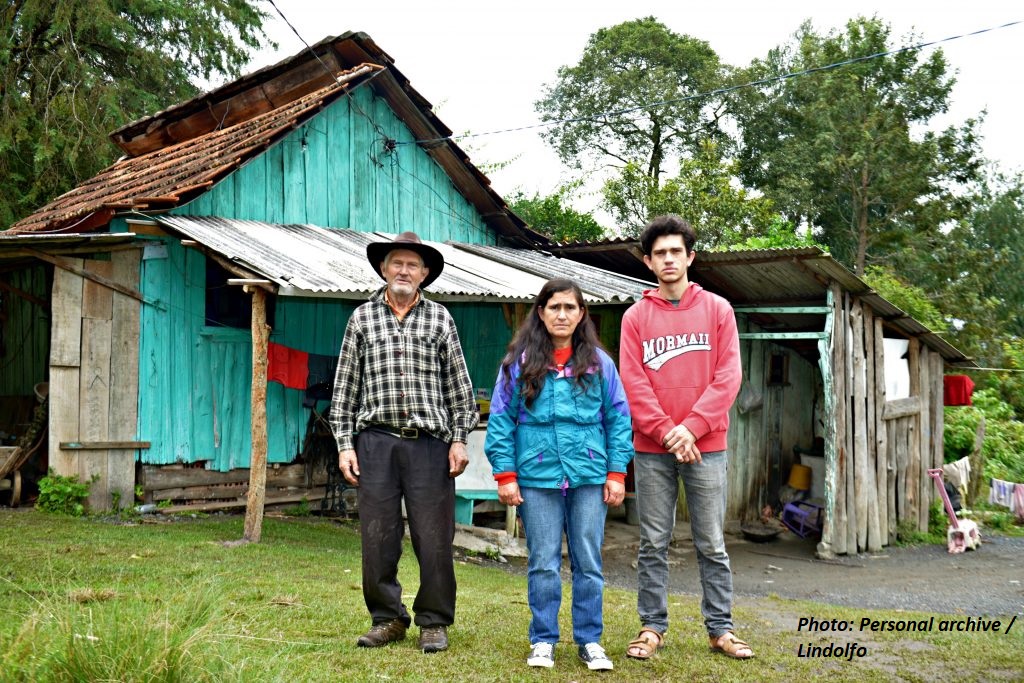 n high school, Lindolfo stood out for his study, having the opportunity to make some trips, through a cultural and interdisciplinary project of his school that was called Time Tunnel. The project represented the history of agriculture in humanity and other themes related to land and agroecology, in the events of the Day of Agroecology organized by VIA CAMPESINA and the Movement of Landless Rural Workers (MST). For a long time, this is an event that happens once a year in the State of Paraná.

In 2014, when he finished high school, he participated as a farmer in the Journey of Agroecology that took place at the Milton Santos School (EMS), a training center of the MST, located in the city of Maringá-PR. Lindolfo had the beautiful dream of studying medicine, due to his characteristics of caring for other people, which is why he decided to work at the Latin American School of Agroecology (ELAA) in the municipality of Lapa / PR. The discovery of this school that offers technical and higher courses in agroecology and undergraduate courses, consolidates his passion for agroecology and rural education.

In 2015, he decided to take the Degree in Rural Education, Natural Sciences with an emphasis on Agroecology, in a partnership between ELAA and UFPR/Coastal sector. In the same period, he started to participate in the MST's organizational activities, when he also recognized himself as gay and started to participate in the Landless Movement's LGBT Collective. Lindolfo portrays the trajectory of someone who raises the banner of sexual and gender diversity with agroecology, taking firmer steps towards their freedom and human emancipation. And so, with others he decides to walk together, he takes on this great challenge of posing as militants of this life.

In 2018, when he completed the Degree course in rural education, he returned to his community to take care of his parents. He continued his studies in the Graduate Program in Science and Mathematics, at the Federal University of Paraná.

In the desire to contribute to his community, in the last municipal election in 2020, he ran for councilor for the Partido dos Trabalhadores (Worker’s Party - PT), in the municipality of São João do Triunfo, obtaining 65 votes, which guaranteed him a backup to the vacancy. In the last few months, he was working as a teacher at the Paraná State Education Network in four schools, a task that he developed with dedication and the commitment of those who understand the historical significance of his militant steps. There are reports of students who passed through his path, who express that they liked for his classes, and remember him as an educator open to dialogue and collective construction.

His life was brutally mown down on May 1, 2021, in a cruel way. With evidence of firing shots 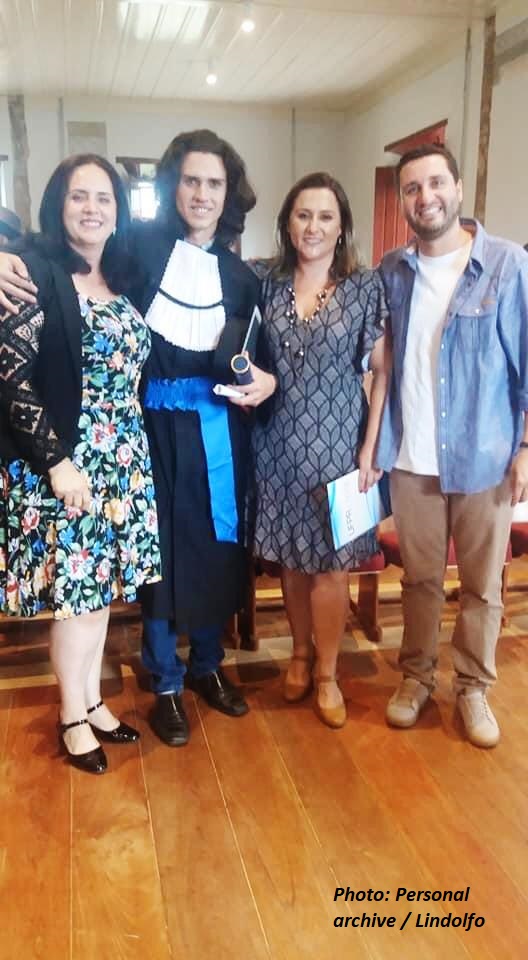 and his charred body, our comrade is yet another victim of a hate crime for being outgoing LGBT. Little do the murderous hands and the ideological responsible for this patriarchal violence know that the paths of liberation have been sown and do not fade with death. Like the seeds, the plants that Lindolfo loved so much, his struggle will continue to be reborn, grow and flourish, with cheerful and bright colors with each cycle of life.

Lindolfo was young, a peasant, gay, full of dreams. He was a person known for affection and care; with a frank smile and an open heart, with a cheerful look, that captivate hugs and love. One of those beings who roam the world with a pounding heart, open to the challenge of learning, teaching and sharing. Loving with his family, his friends and his community. He defended life and fought for rural education, agroecology and the right of LGBT people to live and love without fear. A legacy this size is impossible to forget, erase or burn out.

Lindolfo today becomes a symbol of the flags for which he fought, of the flags that echo in our voice. His dreams are our dreams. His physical absence will never be silence, but a cry for justice and freedom always!