“Community fasts, solidarity actions, days of demonstration and mobilization wherever we are,” a striker claims. 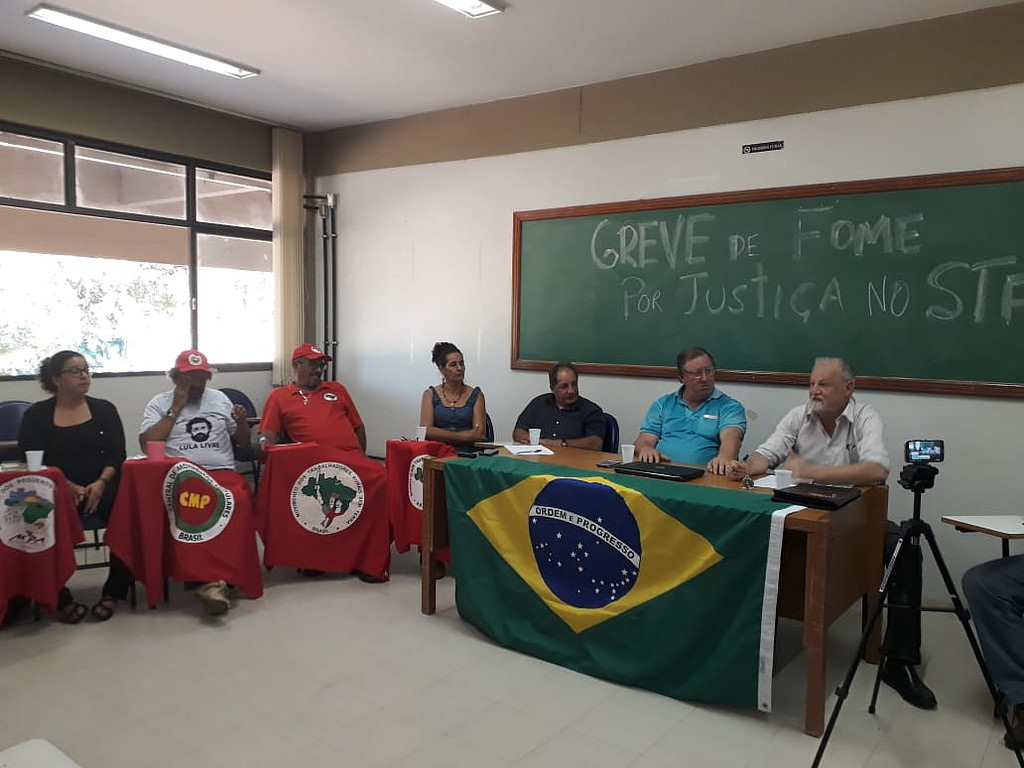 For Jaime Amorim, a member of the national board of the Landless Workers’ Movement (MST) and one of the organization’s six strikers, a hunger strike is an extreme device for the political battle. “In this moment we’re living in history, we resort to this device to save the country from the chaos it is in. We cannot let the country go backwards,” he said.

According to Amorim, the hunger strike has two main goals in today’s state of affairs. “The first goal is to denounce the situation of impoverishment that is becoming more serious every day in our country, discussing with society about hunger, violence, unemployment, and all the consequences of the coup. The second goal is to talk about democracy, the judicial system, and Lula’s freedom. Our hunger strike starts with no definite deadline, and it will only end the day Lula is released and can run for office,” he explained.

Friar Sérgio says that the end of the hunger strike is up the Supreme Court justices. “We can starve as a conscious gesture for our struggle, but if we keep this model of country, hunger will be forced upon many Brazilians. For the people, the symbol of hope to change this situation is Lula,” he said. 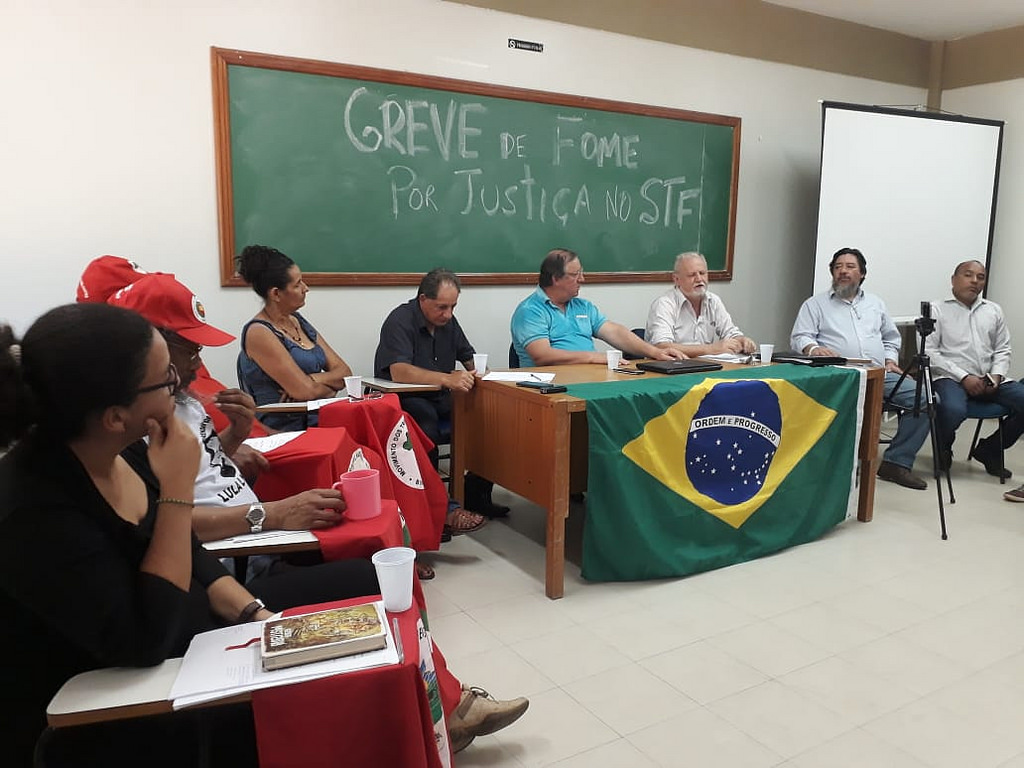 Rafaela Alves, from the MPA, reiterated how necessary it is for workers everywhere to keep up the struggle.

“Community fasts, solidarity actions, days of demonstration and mobilization wherever we are. The most important thing is the people understanding that we are in a very crucial moment in history and we need to tell the judicial system that what they are doing is not fair. We must say Lula has to be freed and become the president of our country,” Alves pointed out.

“Our hunger strike is joining so many other fights by workers in defense of democracy and Lula’s freedom. We will be on hunger strike until the day we win part of this battle,” she said.

For João Pedro Stedile, also from the national board of the MST and the People’s Brazil Front, a major schedule of demonstrations and mobilizations by the working class is planned for the following days throughout the country.

“The actions on the following days will represent a diversity of struggles throughout the country in the sense of having the rights of the Brazilian people respected, articulating them within the Free Lula National Committee and the organizations of the People’s Brazil Front,” Stedile said.

According to Stedile, in addition to the indefinite hunger strike, a one-day nationwide strike is scheduled to happen on August 10th. Another activity is the Free Lula National March to Brasília between August 10th and 15th.

“These actions will fly the banner of comrade Lula’s freedom, for workers’ rights that the coupists have been shamefully usurping, and to push the Supreme Court to respect the Constitution, to guarantee that the people will have the right to vote for Lula, because if they stop Lula from running for office they will be excluding part of the people from the elections.”