In an interview aired on Canal Rural last Wednesday (September 21), the presidential candidate also stated that his government had settled 700,000 Landless families in the country. 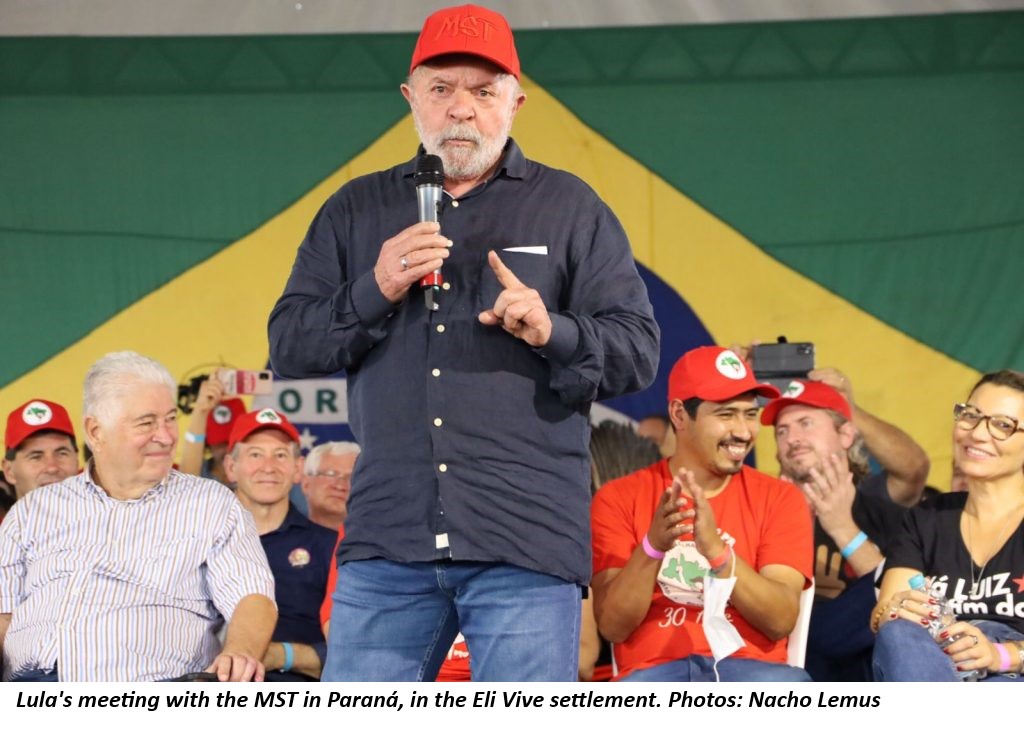 Last Wednesday (September 21), in an interview with Canal Rural, former president Lula (PT) once again defended the MST, as he did in an interview with Rede Globo's Jornal Nacional and acknowledged that the Landless are producing a diversity of healthy foods across the country, in the areas of agrarian reform.

Since the beginning of the pandemic until now, through the MST's National Solidarity Campaign, Landless families have already donated more than 7 thousand tons of food, 10 thousand basic baskets, more than 2 million solidarity lunchboxes, to families in vulnerability and hunger in the country. In addition to the food produced for the subsistence of families, the supply of farmer’s markets, the Rede de Armazém do Campo, with stores in several cities and marketing to local, regional and national markets, in addition to products exported abroad. 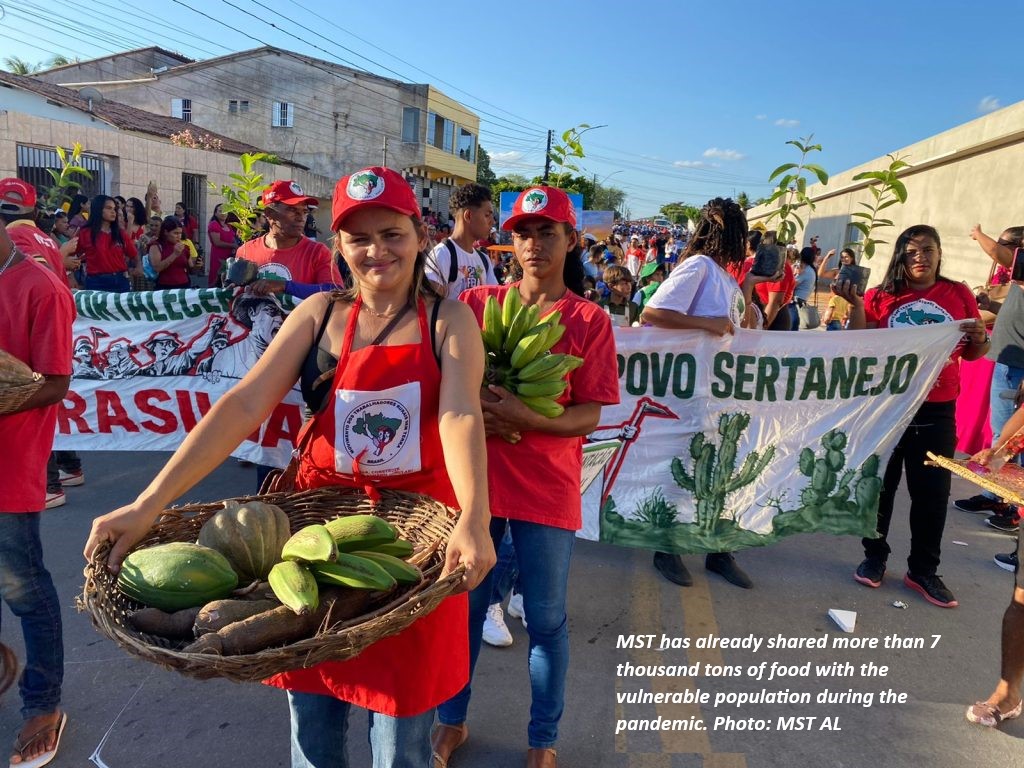 Lula also recalled that during his government 700,000 camped families were settled, creating several settlements on unproductive large estates throughout Brazil. “During our period of government, we made 52 million hectares available for the settlement of almost 700,000 families. And this was all quiet, making the State pay for that land, because that's in the constitution and that's how we do it,” he said.

And he reaffirmed the role of the Brazilian State in creating settlements in unproductive areas: “when the land is unproductive and the State establishes through INCRA [National Institute of Colonization and Agrarian Reform] that it is unproductive, you pay the landowner and make settlements,” he pointed out. 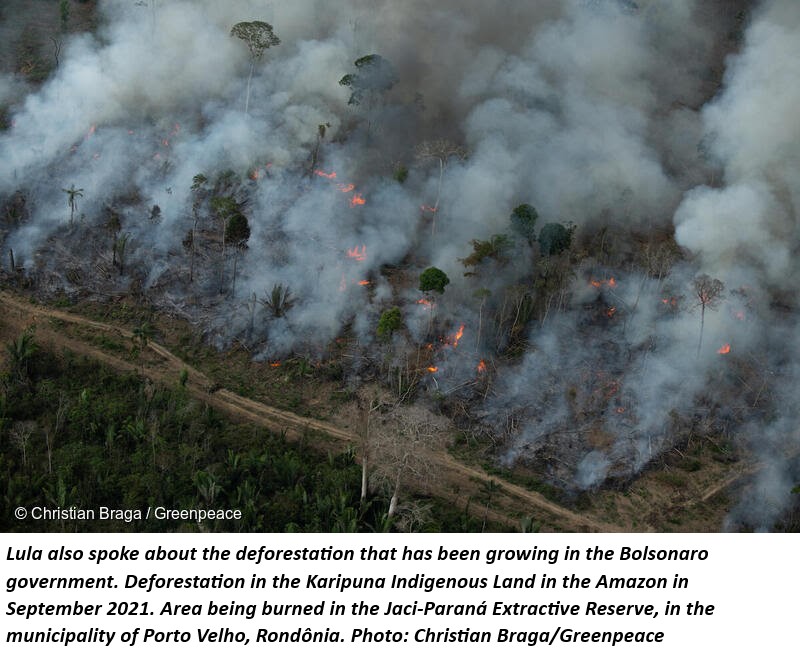 Another topic that appeared several times in the interview with Lula was the problem of deforestation, which has been growing in alarming numbers in the Bolsonaro government. According to him, the Amazon must be preserved for the benefit of the planet.

“I am a man who believes in Science. I believed her when she said that we had to be vaccinated and I believe her when she says that the Amazon needs to be preserved for the benefit of planet earth. Almost 30 million people live in the Amazon, we have the Amazon in Venezuela, Ecuador, Colombia, Peru and a little bit in Bolivia, we have to make an agreement between countries, so that we can preserve and study, research, make it a Brazilian heritage, but that it can be shared, from the point of view of research with the science of the world, to know what we can extract from the Amazon for the benefit of humanity, for the benefit of Brazil itself. What is not right is wanting to deforest,” denounced the former president.

Mapbiomas data show that agribusiness was responsible for 97% of deforestation in Brazil in 2021, and compared to 2020, the devastation grew 20% in all biomes and was concentrated in frontiers of agricultural expansion. Among the Biomes, the Amazon ranked first with 59% of the area deforested in the period, followed by the Cerrado with 30% and the Caatinga with 7%.

In this sense, concerned with the high rates of deforestation and the impacts on the environment, Lula highlighted in his speech the need for environmental recovery of the forest: “There are 30 million degraded lands that we have to recover. If you have to cut down a tree, plant another,” he said.

He also pointed out that the country has a great productive capacity in agriculture, but warned that the agricultural production model needs to guarantee the preservation of biomes and natural assets.

“Brazil has enviable agricultural potential. Therefore, Brazilian businessmen need to have a lot of sense and discuss what kind of agriculture we want: if we want to preserve our biomes or if we want to destroy it. When I was president, I had a fight because there was someone who wanted to plant sugarcane in the Pantanal. And I said, no, the pantanal is not a place to plant sugarcane,” he said. 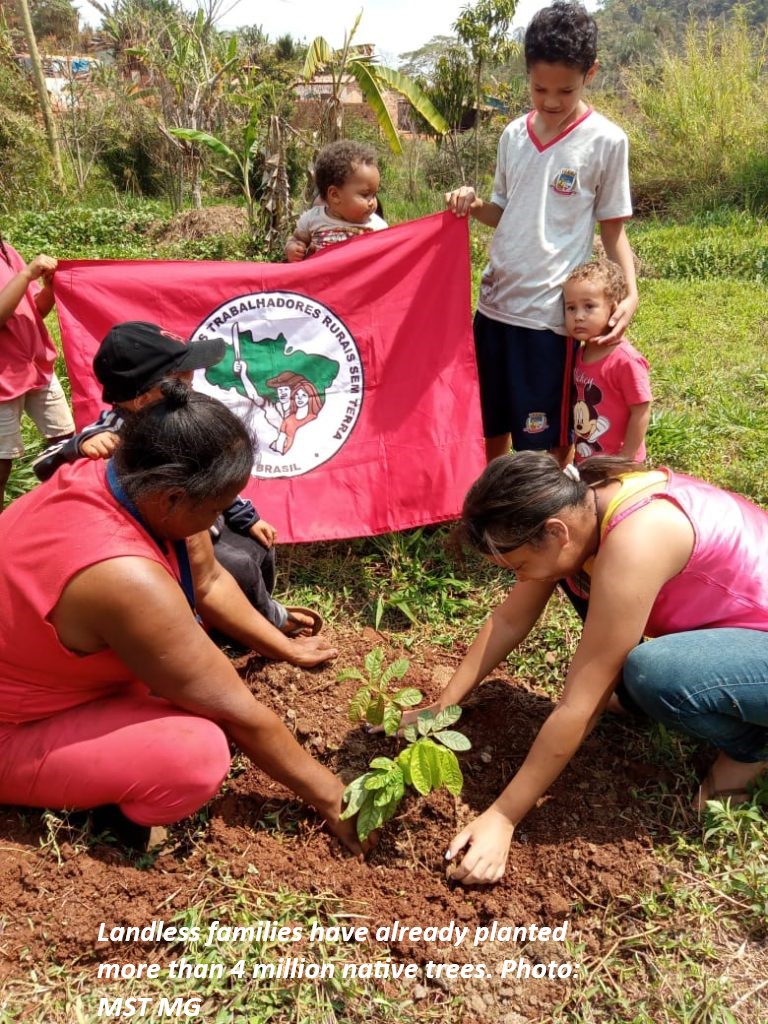 Contrary to the agribusiness champion of deforestation and environmental destruction in the country, in addition to concentrating the land, producing commodities for export and spreading violence in the countryside, the MST has been combining food production with environmental recovery and since the launch of the National Plan Planting Trees, Producing Healthy Food In 2020, Landless families have already planted more than 4 million native trees to preserve the areas where they live and work, cultivating nature and producing healthy food, free of poisons. The plan's goal is to reach the planting of 100 million trees.