Five years after the Fundão dam burst, the Movement presents agroecology as the seed for a new model of mining. 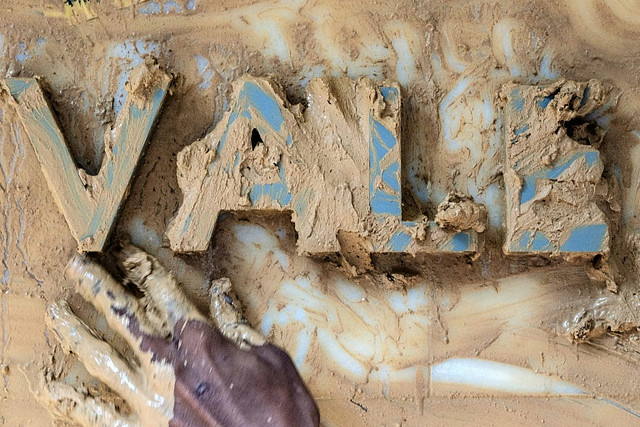 November 5, 2015 marks the date of the largest environmental crime in the history of Brazil, which claimed the lives of 19 people and turned the Doce River into a river of mud from the source to the mouth. Five years of impunity for the crime of Vale (Samarco and BHP) for the rupture of the Fundão dam in Mariana have passed. The crime exposed the weaknesses of the mining model in the state of Minas Gerais, which continues to result in serious problems such as the dam rupture in Brumadinho, which occurred in January 2019, killing 2,72 workers. Since then, permanent mourning in memory of the dead, social struggles for the rights to compensation of those affected  and the construction of popular alternatives for the recovery of the basin by  the Landless Rural Workers – MST-- are some of the actions attempting to return life to the Doce River.

The current model for mining

Soon after the dam burst, about 400 abandoned or decommissioned mines were detected in the state, companies that left an imminent environmental and social risk. According to the National Mining Agency (ANM), Minas Gerais has three dams classified at level 3, the highest at risk of disruption. They are BR/B4 of the Mar Azul mine, in Macacos, Forquilha III, in Ouro Preto and South Superior of the Gongo Soco mine in Barão de Cocais. They all belong  to  Vale. At the beginning of this year, 37 dams were banned for not presenting a Declaration of Stability Condition.

This mining model does not just leave environmental and social problems. Economically, little remains to be collected by the municipalities that host the pits and tailings dams. A circle of dependency is created, in which the municipality provides the services that assist the mining exploration. The jobs generated offer imminent risk to workers' lives and tax exemptions, “agreements” with mayors, vigilance and harassment of people and organizations critical of the model are widely practiced.

When the ore runs out, there is no economic alternative for residents of these cities. Still, maintaining land concentration and speculation, especially in areas where the subsoil has the potential to be exploited, prevents a land distribution program from being a development option for the countryside.

This dirty production chain is aimed at exporting iron ore as a commodity. The raw material goes abroad with minimal processing and since the Kandir Law of 1996, it favors the continuous profits of large companies. Only the burden remains for the exploited territories. The federal government remains silent on mining deaths but celebrates the handing over of Brazilian sovereignty. With Bolsonaro's endorsement, mining companies continued to operate throughout the period of greatest intensification of social isolation. Once again risking the lives of its 55,000 workers, Vale earned R $ 15 billion up to the third quarter of 2020, more than double compared to the same period in 2019.

In this context, the peasants organized in the MST have been fighting struggles that denounce the unsustainable Brazilian mining model, in addition to claiming the compensation and reparations necessary for the environmental, economic and social recovery of these territories destroyed by the mud of the mining companies. There were many marches, rallies, occupations of train tracks and the building of encampments in mining areas, pointing to a way to transform this reality.

The proposals for repair and recovery in the Rio Doce basin and the Middle Paraopeba basin presented by the MST seek to implement People’s Agrarian Reform. The movement's agrarian program seeks, through the democratization of unproductive lands, to broaden the sense of the social function of the land by placing agrarian reform areas as guardians of natural resources and granaries for the production of healthy, good quality food in abundance. In this way, rural territories become extremely important for workers who live in cities, as they guarantee the protection of biomes, water sources, and increase the supply of food, thus lowering the price of the basic basket of food.

In the countryside, the objective of our program is to transform agrarian reform settlements into the best place to live, to structure all public services under workers' law, such as schools at all levels, National Health facilities and spaces for art and culture. Settlements should be areas of housing, decent work and income for all families. Therefore, we affirm that mining is the project of death and Agrarian Reform is the project of life.

In view of the slowness of the proposals for repair and recovery undertaken by the companies, and in the case of the Rio Doce basin by the Renova Foundation, the landless workers affected by Vale's crimes decided to take the lead in the actions. Since 2018, the following guidelines have been adopted for actions in the impacted basins: the right of impacted families to seek access to compensation and participate in recovery processes is legitimate; All actions built in the agrarian reform territories need to strengthen Agroecology, which is opposed to the current mining model; It is necessary to involve workers' entities in the processes of preparing and executing projects.

Thus, in the Rio Doce Basin, the People’s Recovery Program has already started. These are reforestation projects in areas of water recharge and areas of permanent protection, focusing on the implementation of Agroforestry Systems, which reconcile the planting of trees and the production of food. Technical assistance to families to guarantee the economic and environmental recovery of the affected areas. And a training program in agroecology, with training directly involving the affected families.

The challenge now is to start the People’s Recovery Program in the Middle Paraopeba Basin, where reforestation, the construction of a regional seedling nursery, technical assistance and a training project for affected families are also proposed. The greatest expectation is with the construction of the Ana Primavesi People’s School of Agroecology. This training center is intended to be a laboratory for the production and socialization of agroecological knowledge and technologies.

The future school pays tribute to the centenary of the farmer, teacher and researcher Ana Primavesi, for all her dedication to the ecological bases of food production. The School will serve landless families and peasants in the Paraopeba territory. Investment in education in all its spheres will sustain the necessary changes to the mining model.

Being successful in carrying out these plans, the MST believes that the active resistance, necessary in this very unfavorable situation, will make it possible to continue the struggle and expand People’s Agrarian Reform in Minas Gerais.