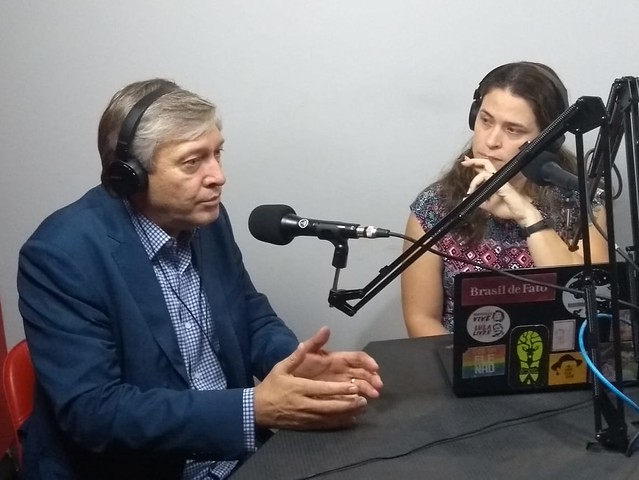 “This Friday (November 8) gives birth to a new chapter of the political and legal history of Brazil.” This is the interpretation of Ney Strozake, lawyer and member of the Brazilian Association of Jurists for Democracy (ABJD), about the release of former President Lula (PT) from prison. Lula’s freedom was secured due to a ruling by the Supreme Court (STF) on the night before. The ruling overturned the possibility of automatic arrest of defendants after conviction in the second instance in the court of law.

In an interview with Radio Brasil de Fato, Strozake argues that Lula's release strengthens opposition to the Bolsonaro government (PSL) and represents the first step towards the rescue of democracy and the rule of law in Brazil.

On the other hand, the lawyer points out that the liberty that was granted today is not definitive -- but is valid "until it is possible to judge all of Lula's appeals in the Supreme Judicial Court (STJ) and the Supreme Federal Court (STF)."

"But for now, there is no new fact on the horizon that justifies a new arrest of Lula," Strozake added. "The fact is; today is a joy for us who defend the Constitution, and a shame for [Sergio] Moro, for the rotten part of the MPF [Ministry of Federal Prosecution] and part of the STF."

For Strozake, "the use of law for political purposes in the Operation Car Wash (Lava Jato) is very clear," which violates the Federal Constitution and international treaties. According to the Lawyer, Sergio Moro (the main judge of Operation Car Wash and the Judge in charge of Lula’s case) showed impartiality when he accepted the political position of Minister of Justice in Bolsonaro’s cabinet.

While it is clear that Lula's appeals will still be judged, Strozake does not rule out that the former president will run for elections again soon. "If the 2nd Class [of the STF] decides that Moro was biased, the process returns to square one and Lula can run for presidency once again.

After greeting activists in Curitiba, the former president will go to São Bernardo do Campo (SP) for a political act at the ABC Metalworkers Union and after that, start his caravan around Brazil.

Translated to English by Minerva Rodriguez